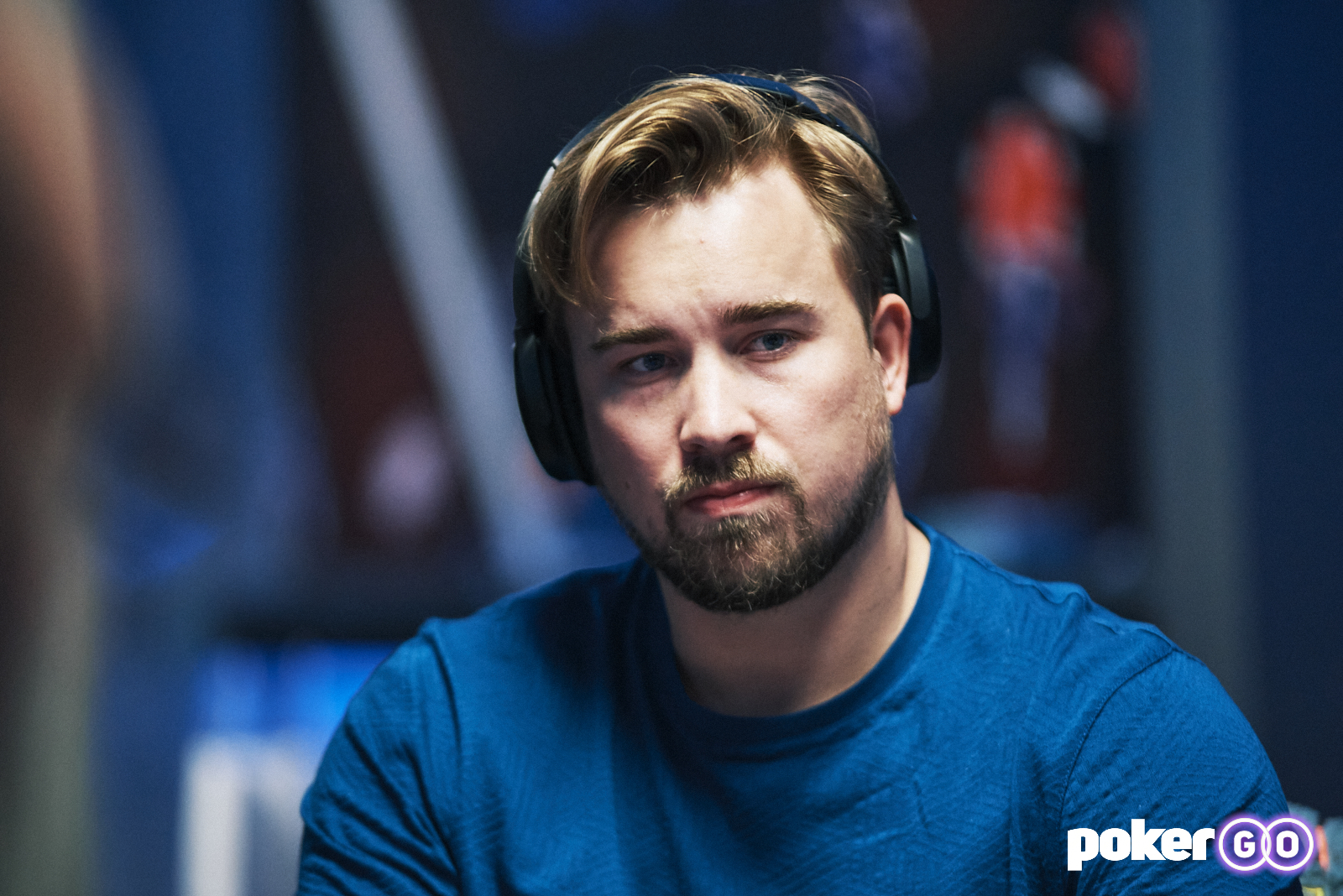 Sean Perry raised to 12,000 from middle position and Adam Hendrix moved all-in for 46,000 from the small blind. Perry called, and showed only a [Js] once Hendrix revealed his [QhQc]. "I need a jack," Perry said. "Many jacks." The board ran out [QsJd3sKdKc] and Hendrix secured the double.

Eric Worre raised to 5,000 in the hijack and Adam Hendrix called in the small blind. From the big blind, Jordan Cristos shoved for 114,000 and Worre mucked. Hendrix used a time extension and then folded. "I've made three royal flushes with this hand," Cristos said. 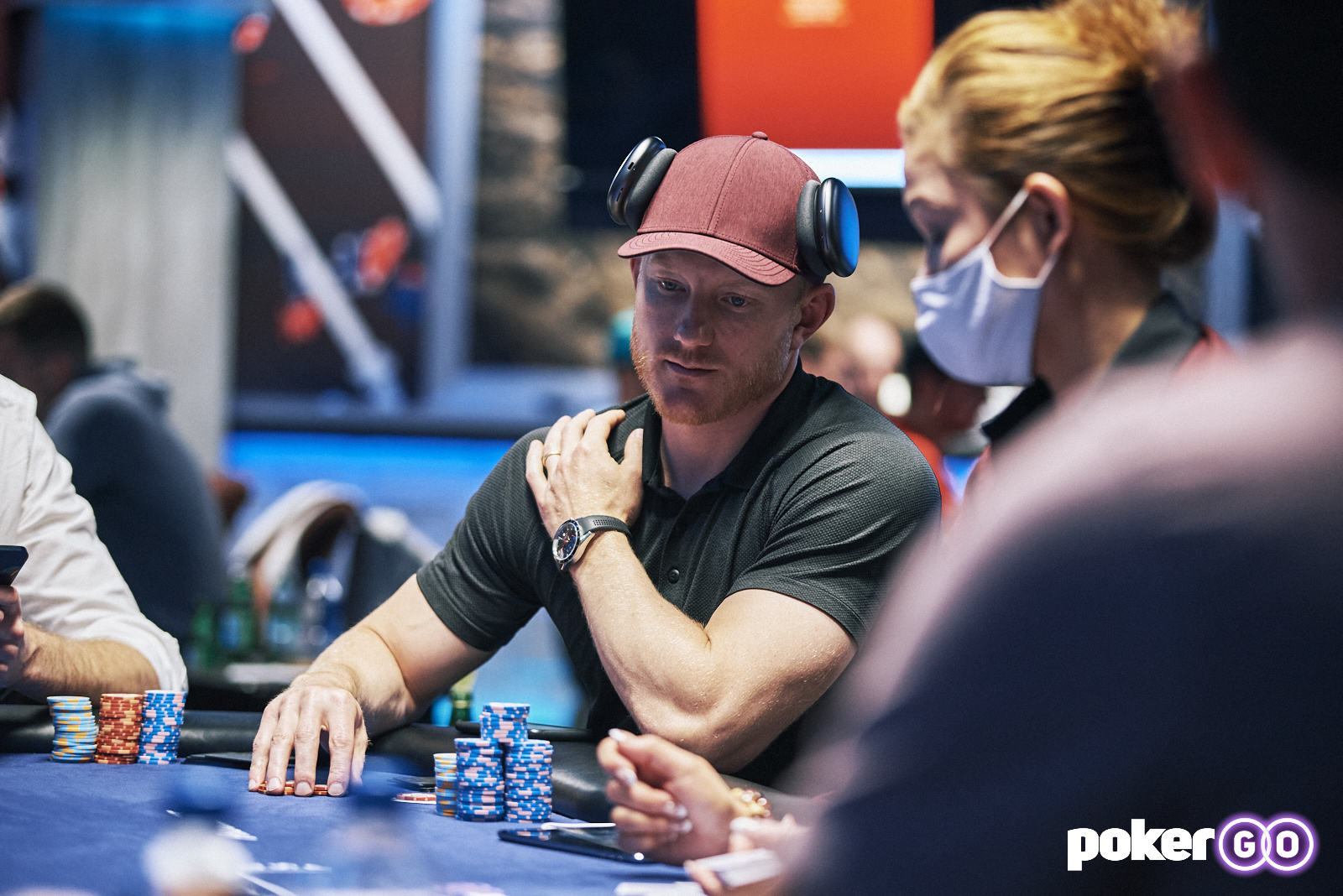 Adam Hendrix raised to 4,500 from the button and Jason Koon called in the big blind. The flop landed [KhAh6c] and Koon check-called a bet of 3,500 as the turn fell the [4c]. Koon checked and Hendrix bet 26,000. Koon called before both players checked the [7c] on the river. Koon tabled his 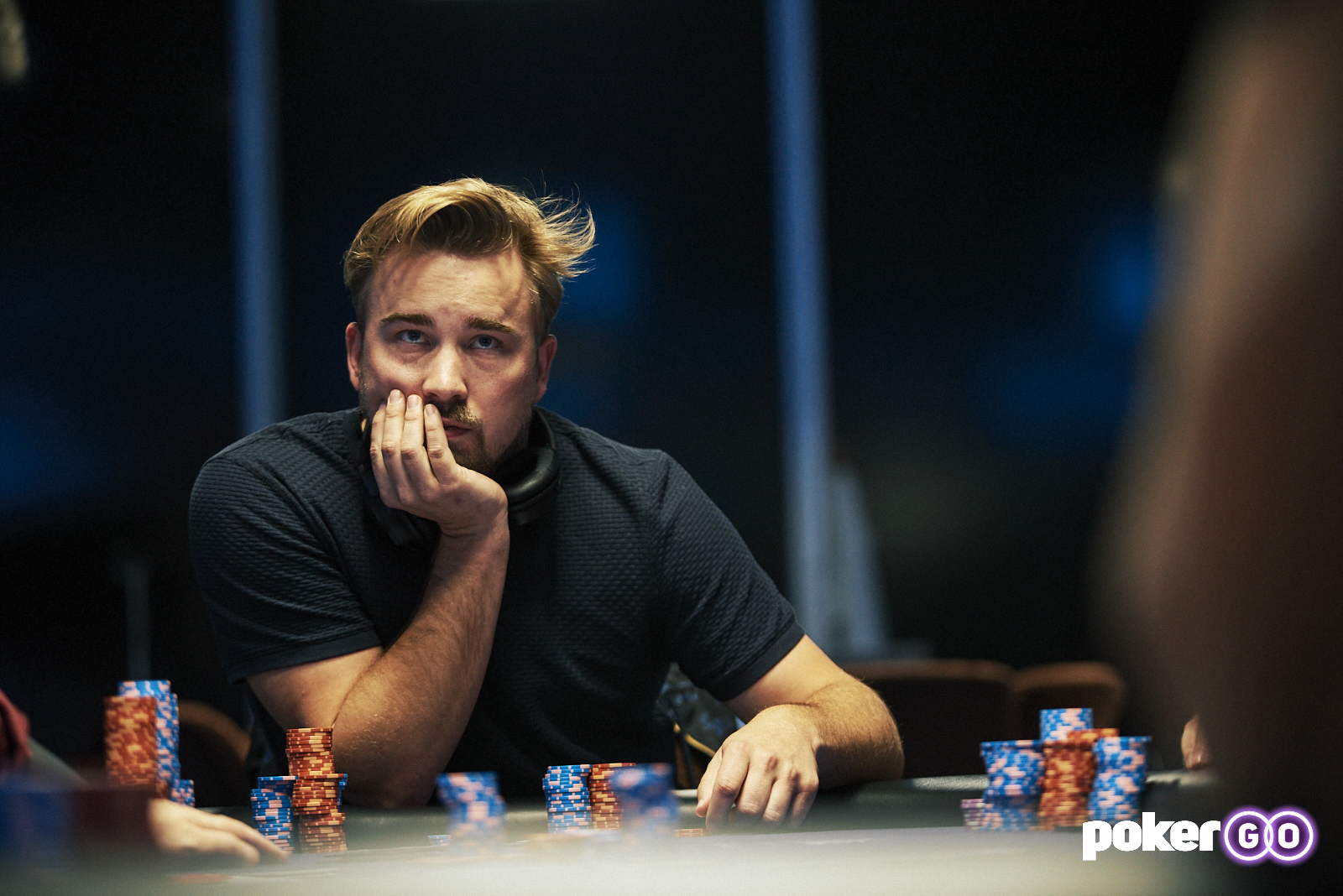 Action folded to Jared Bleznick in the small blind, and he opened to 60,000. Adam Hendrix was in the big blind and called. The dealer spread the [8h2h3s], and Bleznick potted for 140,000, which was enough to put Hendrix all-in. Hendrix called. Hendrix: [QsJd8s6d] Bleznick: [AhThKc8d] The board ran out [Td] on the turn 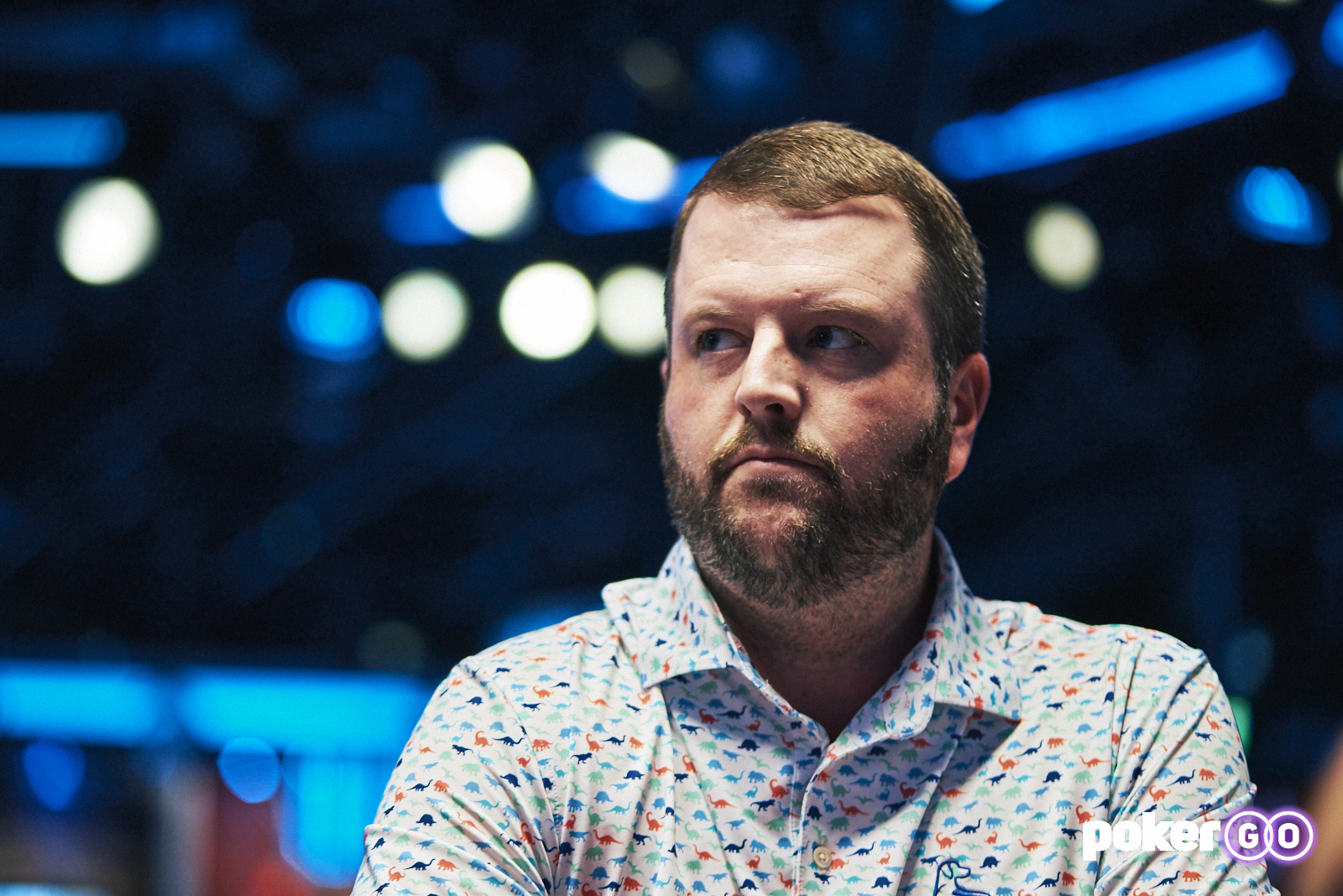 Adam Hendrix opened to 55,000 from under the gun, and action folded to Christopher Usude on the button, and he called. Jake Daniels was in the big blind, and he called. The flop fell [Jc7d7h], and action checked through. The dealer burned and turned the [Qd] and Daniels fired for 65,000. Hendrix 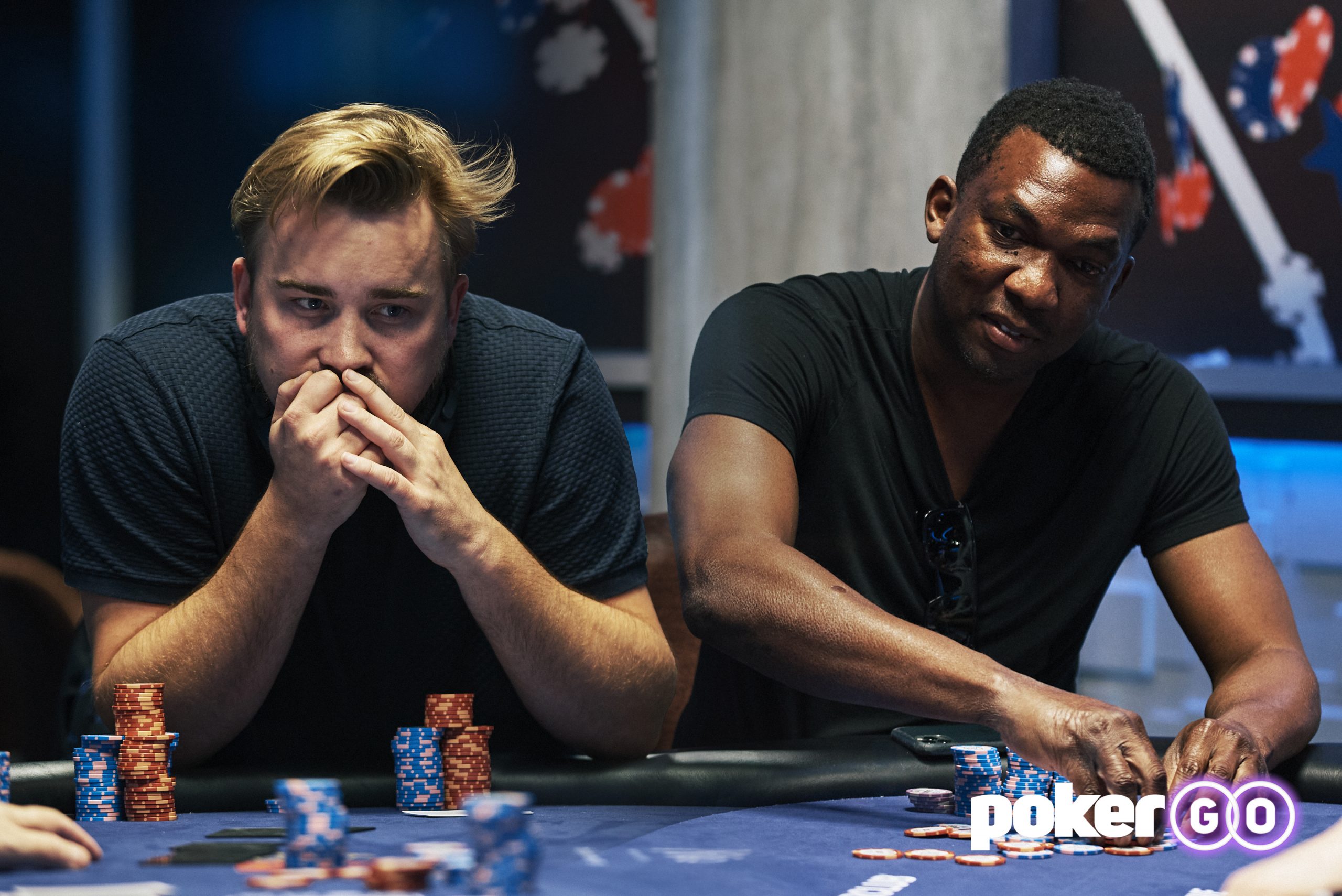 With the board complete and reading [KhTs2dJh2h] Adam Hendrix fired for 85,000. Christopher Usude was the only other player in the hand, and he used all his shot clock before announcing pot, which was enough to put Usude all in for 353,000. Hendrix went deep into the tank and used four time 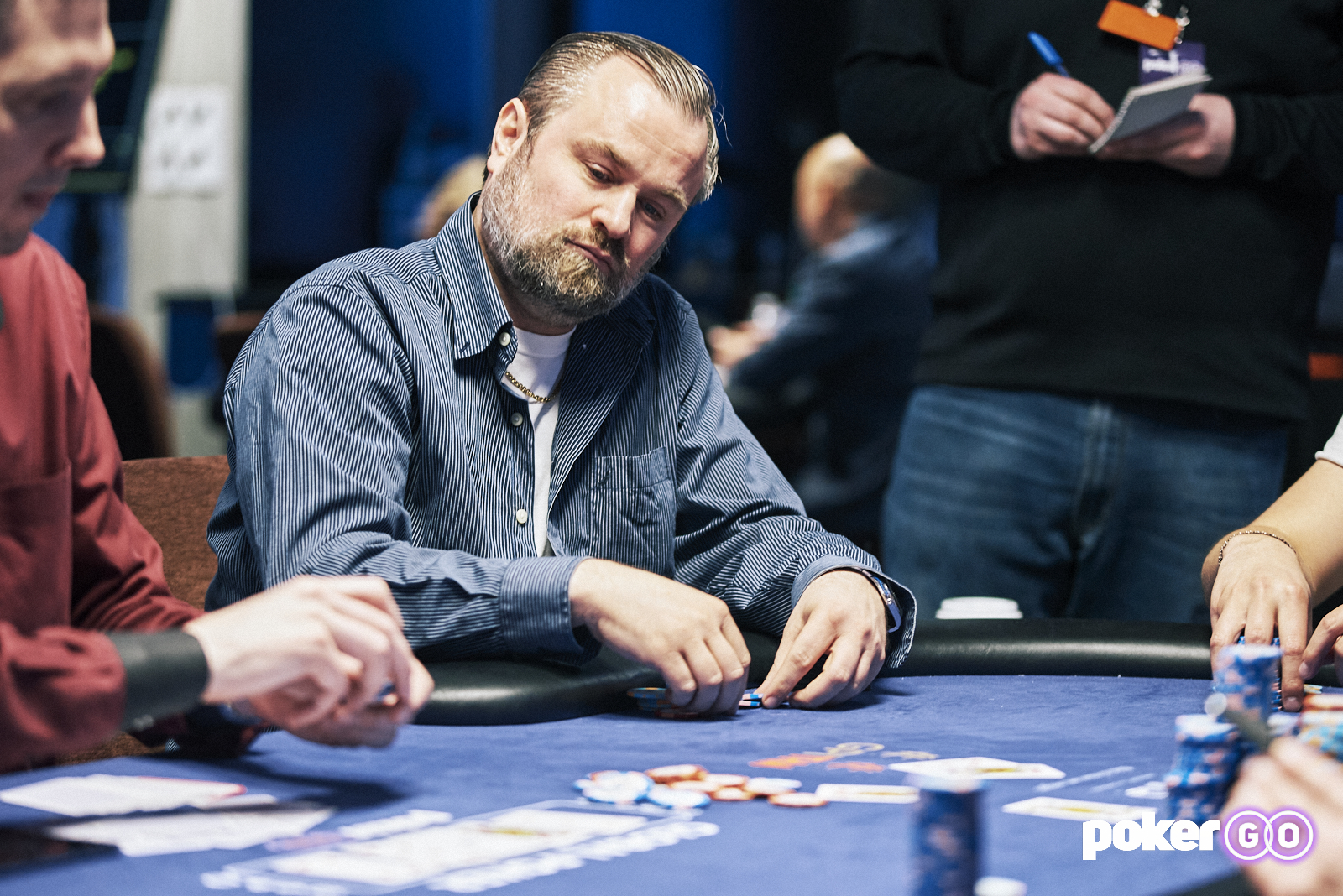 Steve Zolotow raised to 30,000 from under the gun and both Adam Hendrix and Joseph Sanders called in the blinds. The flop landed [5s6d4d] and Sanders led out for 60,000 and only Zolotow called. The turn fell the [8h] and Sanders used a time extension and then bet 125,000. Zolotow mucked. 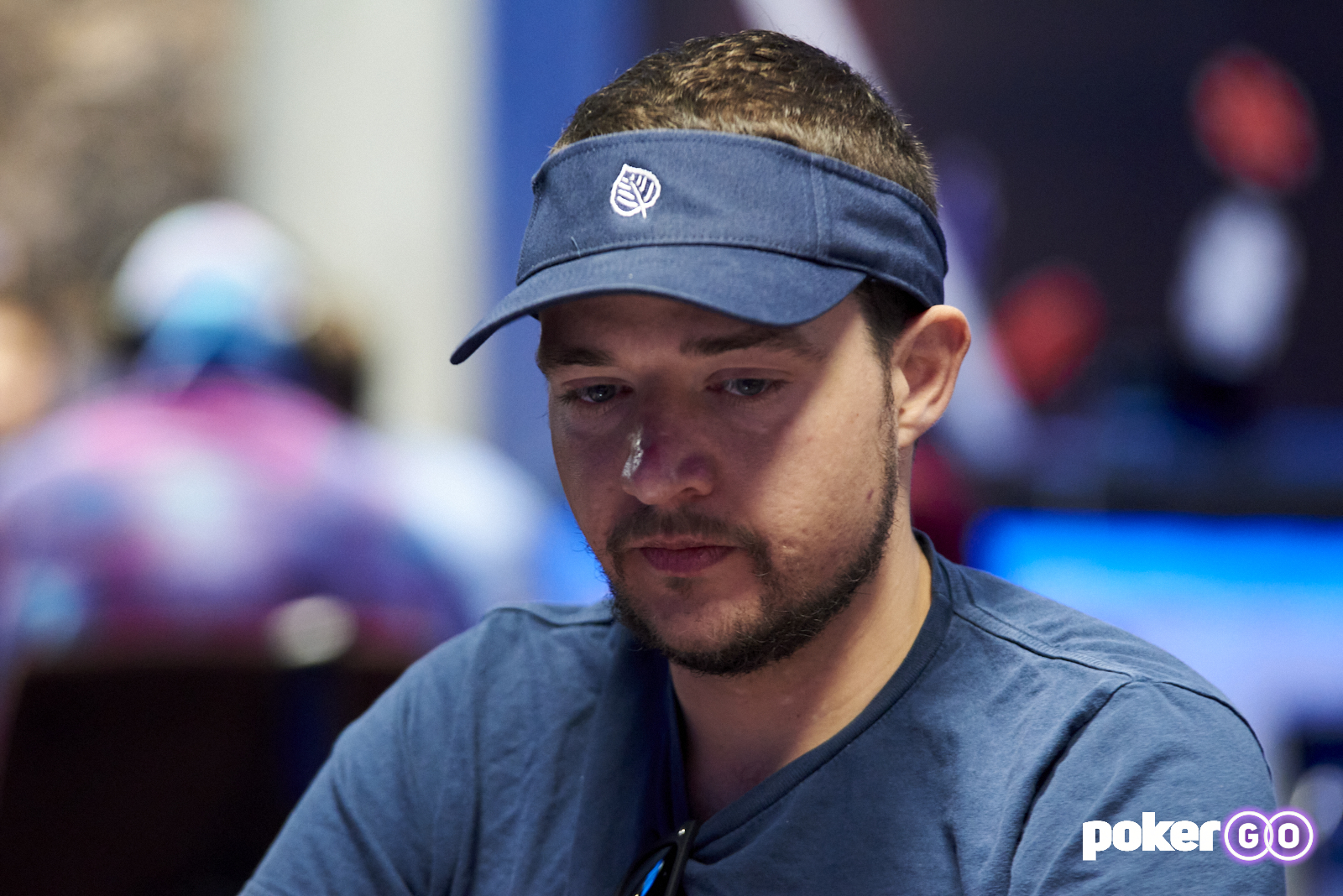 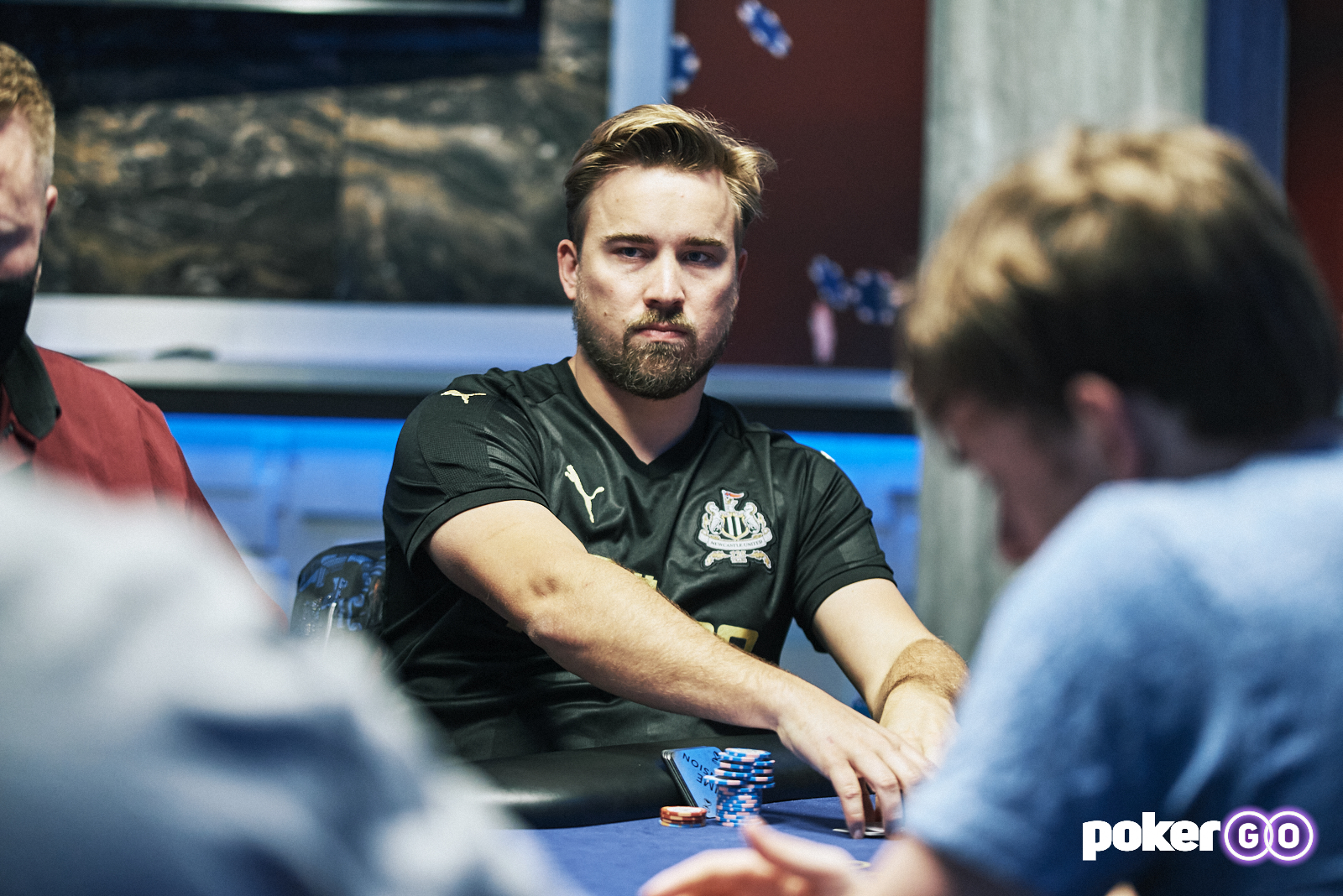 Action folded to Adam Hendrix in the cutoff, and he opened to 14,000. Jared Bleznick was in the big blind, and he announced pot for 44,000. Hendrix moved all-in for his last 75,000 total, and Bleznick called. Hendrix: [AcKs8d6c] Bleznick: [AdAs7s3s] The board ran out [8s5cKh8hJd], and Hendrix turned a full house to 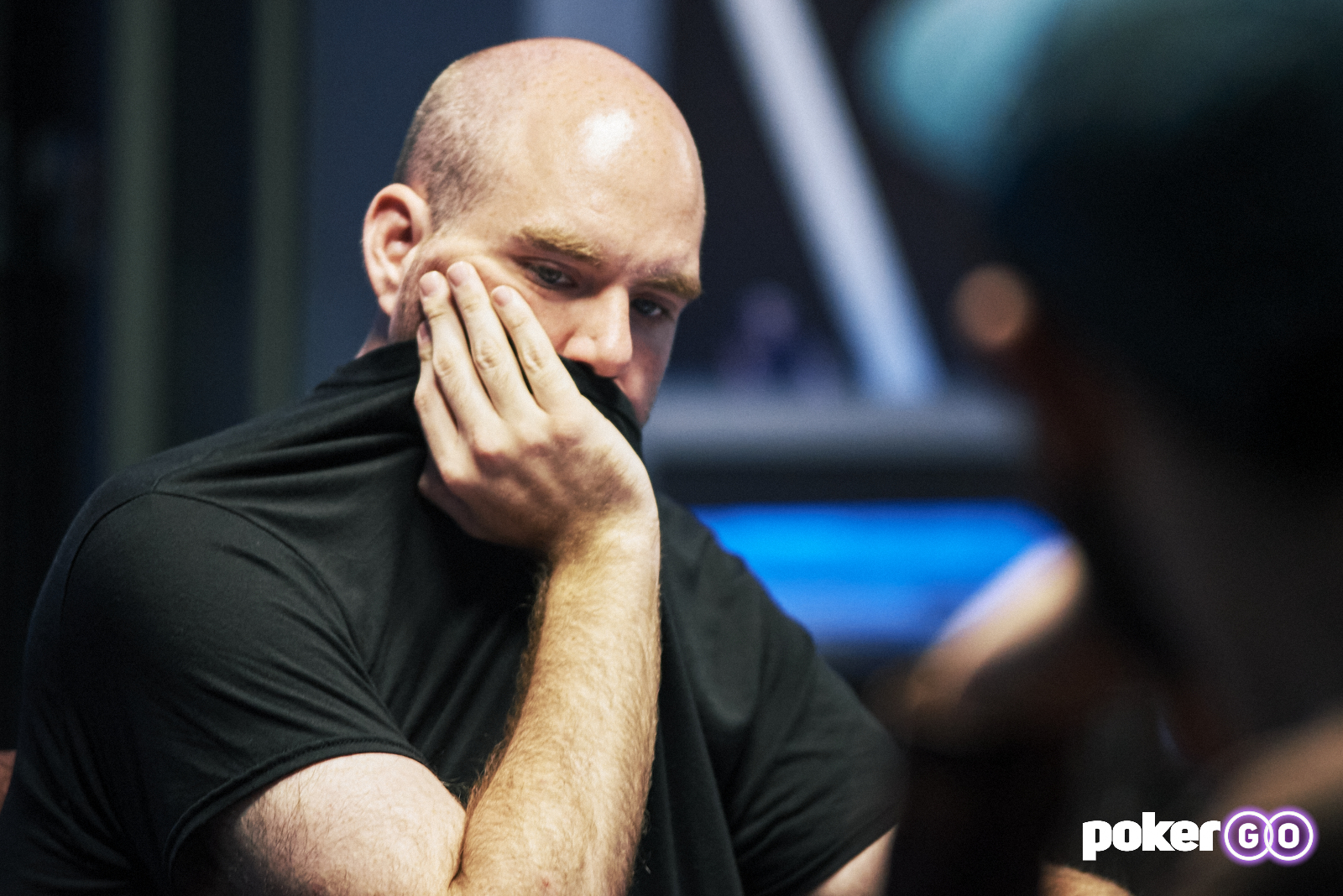 Adam Hendrix raised to 5,500 from middle position and Dan Shak called in the cutoff before Maxx Coleman raised to 25,000 on the button. Hendrix folded, but Shak called as the flop landed [AsTs2c]. Shak checked and Coleman bet the pot. Shak announced raise, and Coleman called all-in for his last 85,000. Coleman: