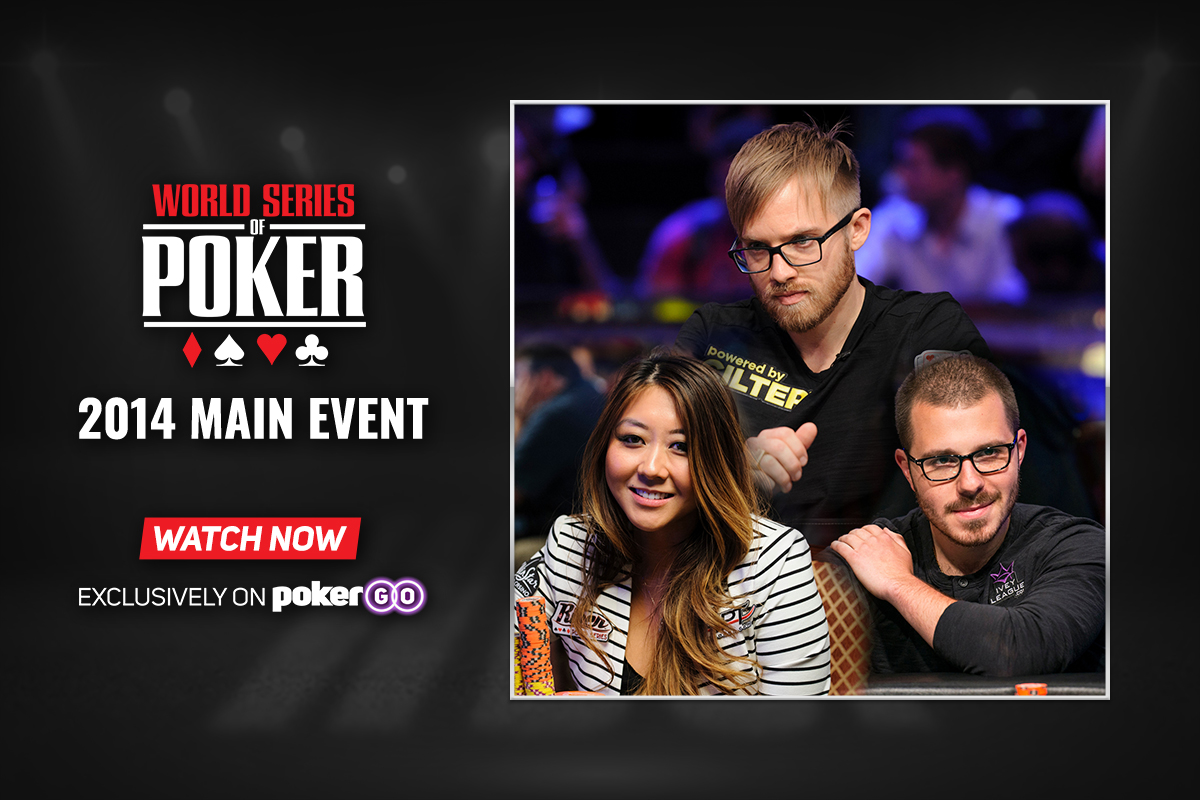 The 2014 WSOP Main Event saw an increase in field size as 6,683 entrants created a prize pool of over $62.8 million. The November Nine returned for its seventh installment as six countries were represented among the final nine – the United States, Sweden, Brazil, Norway, Spain, and the Netherlands. The

To get fans primed and ready for a summer full of poker, Poker Central has rebooted “Situational Saturday.” Each week, we’re taking a hand from a PokerGO live event and giving you a chance to put yourself in different high stakes situations from “Poker After Dark,” Poker Masters, and more.

Full episodes from the 2014 World Series of Poker Main Event debuted on PokerGO last week, giving fans a chance to look back at Mark Newhouse's second November Nine run for the first time. Over the course of six days of coverage, starting with Day 4, the field dwindles from

Nine players remain at the 2014 WSOP Main Event final table. The November Nine has spent the last hour shaking off the rust and nerves caused by the tournament's three month layoff, but Mark Newhouse doesn't look like he is nervous. Why would he be? After making the final table

The November Nine presents it's share of memorable moments each year and 2014 holds to form. The World Series of Poker Main Event's $10 million first-place prize is the largest since 2006 and second largest ever. Jorryt van Hoof enters as the chip leader with a strong chance to bring

Dutch poker pro Jorryt van Hoof joins the podcast to talk about the run he made in the 2014 WSOP Main Event. Van Hoof relives some of the most important hands of his run, and focuses, on one hand, he calls "the worst hand he played in 15 years of

Day 7 of the World Series of Poker Main Event is the most exciting day of the poker year. A mammoth field is down to the last step before the final table is reached. Only 27 players remain with a reservation only set for nine in November. Now available on PokerGO

If Day 5 of the 2014 World Series of Poker Main Event didn't provide enough drama with the Rystadt/Keranen clash, Day 6 brings even more to the table. Slow play, clock-calling, and set-over-set, it's a bingo card of WSOP tension available only on PokerGO. Today, the four episodes from Day 6 that

The feature table in play down days at the World Series of Poker Main Event is a staple for heated action and controversy. 2016 gave viewers access to the William Kassouf Hour as he put all of his might toward tilting an entire field. Justin 'Stealthmunk' Schwartz preceded Kassouf with

The 2014 World Series of Poker opens in grand fashion with Phil Ivey on the feature table in Day 4. The 2015 edition opened in a similar way when Phil Hellmuth and Daniel Negreanu joined forces. The first two episodes from 2014 are available on PokerGO with Ivey back where he