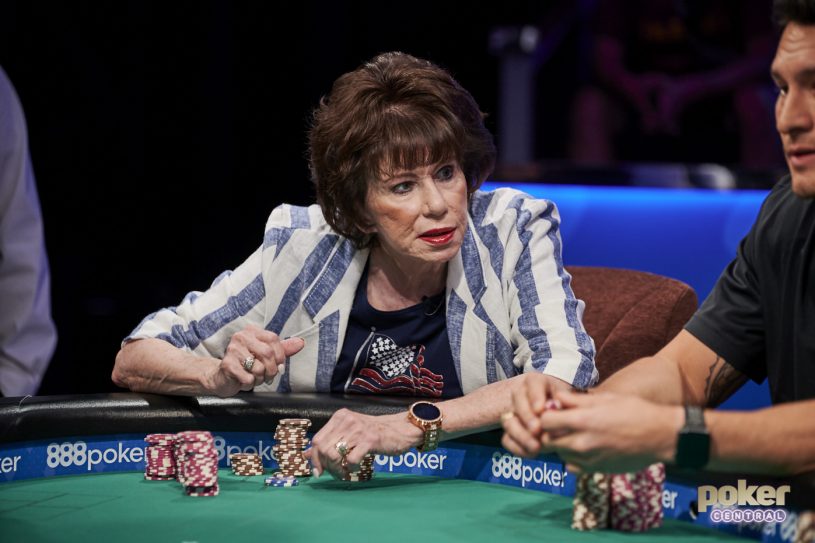 Susan Faber triumphed over Rob Stark in the final heads-up showdown to win the $500-entry Salute to Warriors event and $121,161 for doing so. Having outlasted 1,722 other players to win her first bracelet, Faber, who traveled to the event with her husband – a former Veteran himself – and overcame a tough final table, more than trebled her lifetime tournament winnings.

A semi-regular visitor to the WSOP over the years, most of Faber’s cashes have come in Vegas at the popular annual poker festival. This time around, she was determined to make it count, with a decade of poker experience behind her. Having played mostly Cherokee circuit events near their home, the trip to Vegas has now turned into something very special.

She’d originally ear-marked the Main Event, but was talked down to taking on the ‘Warriors’ event instead, winning $121,161 from just a $500 buy-in. More than enough to later register the Main on either Day 2ab or 2c!

The final day was a dramatic one, even with the Main Event providing some of the most dramatic scenes witnessed for many a year.

Faber was on the attack from the moment she sat down, busting Kulwant Singh when her jacks held against his pocket tens with all the money in pre-flop. Faber would step back from the following three bust-outs, but was on hand again to bust the only remaining veteran in the field, Taylor Carroll, who was in the Airborne division until 2015.  Carroll, who had come into the day as chip leader, three-bet shoved with pocket sevens, but Faber had limped to trap with pocket aces, and the trap closed on Carroll perfectly.

With four players left, Faber busted Chris Canan when she rivered a straight against his pocket kings. It looked like a fight between the other two players to see who would get heads-up with a chance of taking her down, and it would be Rob Stark who would rise up and stake a claim for the greatest prize of all.

Dean Yoon, however, simply got too short to contribute to Stark’s stack, and it was Faber who eventually busted him too. Heads-up needed a very quick shift to become a contest, but five hands in, Stark’s bold move with seven-three offsuit ran into Faber’s pocket fives. Faber held to seal a memorable victory, while Stark was left to lick his wounds with a healthy $74,785. The third biggest prize handed out was Dean Yoon’s $53,887, but thereafter, the $43,000 raised for United Service Organizations in Nevada was a prize everyone could be proud of contributing to.