Daniel Negreanu put together a tremendous 2017 campaign and some early results in 2018 could mean that "Kid Poker" will be at peak performance come the Super High Roller Bowl. (Photo: Poker Central)

There are high stakes and then there are high stakes. Andrew Robl only deals in the latter and has since he first arrived in Las Vegas as a 21-year-old online crusher. While the landscape of poker has changed since Robl was a Ship It Holla Balla, not much has changed for Robl. Over the last decade, he has been one of the game’s best and most respected cash game players, while also experiencing some serious success in the few tournaments he elects to play. His most recent cash came in last year’s WSOP $111,111 High Roller for One Drop. Robl finished 8th for an over $387,000 score and that final table run also pushed Robl over $5 million in career tournament earnings.

If there is a learning curve at poker’s highest levels, no one remembered to tell Adrian Mateos. Since winning the WSOP Europe Main Event at the age of 19, the Spaniard, pictured below, has skyrocketed to the top of the game. In the four years since that victory, Mateos has compiled over $13 million in tournament earnings, while winning two more WSOP bracelets to continue to prove that he is one of the world’s best. After a career year in 2017, the GPI Player of the Year will get his first shot at the Super High Roller Bowl, despite having a resume that shouldn’t belong to a Super High Roller Bowl rookie, especially a 24-year-old one. 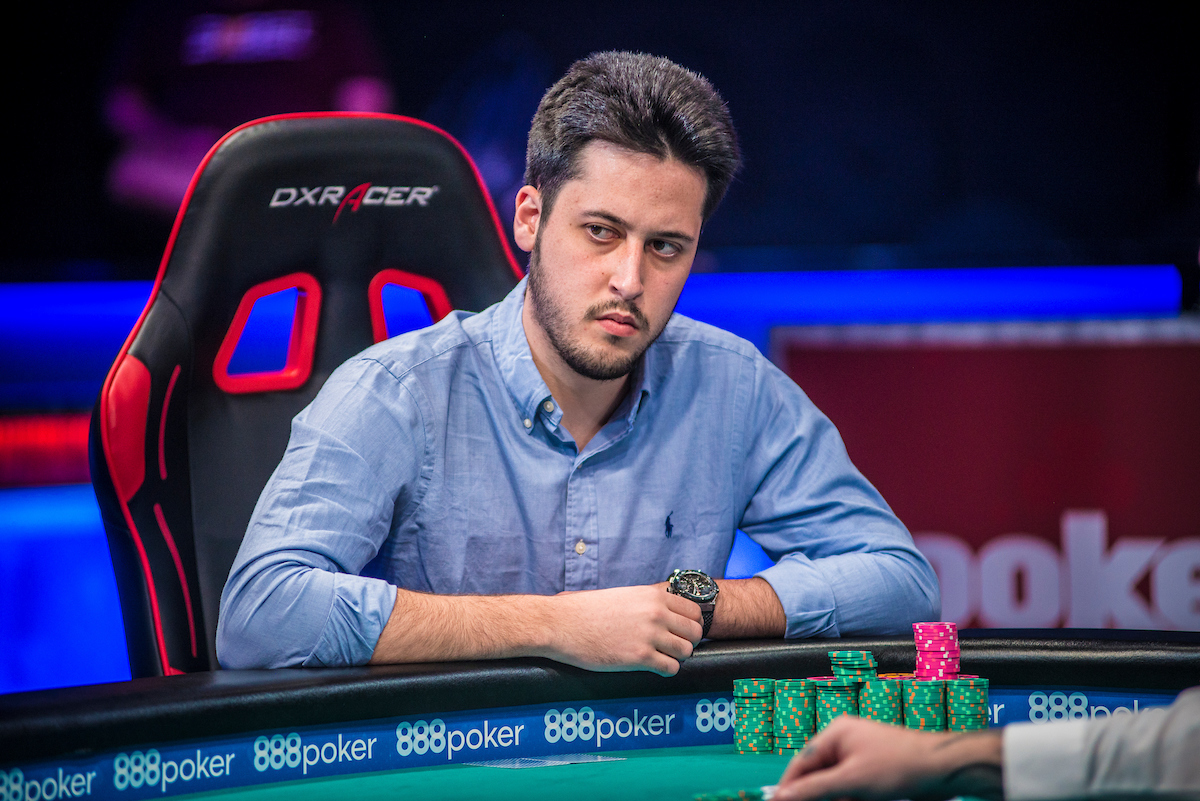 There are a few players in poker that don’t need an introduction and Daniel Negreanu is one of them. The Poker Hall of Famer, pictured top, is a six-time WSOP bracelet winner and is the winningest tournament player in history, with over $36.5 million in career earnings. In terms of results, 2017 was Negreanu’s best since 2014, when he finished runner-up in the $1,000,000 buy-in BIG ONE for One Drop. The first quarter of 2018 has been even better, “Kid Poker” opened the year with an over $500,000 result in the PCA Super High Roller, and Negreanu could be setting himself up for even more success, after spending the late portion of last year retooling and refining his already world class game.

From one of the longest tenured PokerStars pros to one of the newest, Igor Kurganov is another Super High Roller Bowl player coming off a career-best year. Kurganov began 2017 quietly, before opening the World Series of Poker with an exclamation point in the $10,000 Tag Team Championship. Kurganov and long-time girlfriend Liv Boeree won their first bracelets together, before Kurganov also cashed in the High Roller for One Drop. Those two six-figure results were just a warm-up though, as Kurganov closed the summer with a victory in the PokerStars Championship Barcelona $50,000 High Roller. The win was good for $1.2 million, which pushed Kurganov’s career earnings near $15 million and increased his sizable lead on the all-time Russian money list.

Batman and Robin. Mario and Luigi. Adrian Mateos and Sergio Aido. The duo won’t be competing in this year’s Super High Roller Bowl together, but they will be representing Spain together on poker’s biggest stage. Unlike his counterpart, Aido burst onto the live tournament scene in 2017. Massive results in nearly every corner of the world added up to a career year for Aido, who earned earned over $3.6 million, including an over $1.3 million result in the Triton Super High Roller Series Main Event. Aido also boasts a lengthy online tournament resume that accounts for over $2 million in cashes, meaning that while he will be a rookie in this year’s $300,000 buy-in event, he won’t be out of place.