Phil Hellmuth stole the show during the 2016 Super High Roller Bowl and he will look to get back to the final table in 2018. (Photo: Poker Central)

After a second straight year of overwhelming interest, 61 players entered the 2018 Super High Roller Bowl Lottery. Of those players, 30 locked up a seat in the year’s most exclusive event. Over the next week, Poker Central will introduce the players that will be competing in the $300,000 buy-in event, before ARIA selections to rest of the field that will round out the 2018 Super High Roller Bowl. Follow along as Poker Central runs down the entire field, from legends of the game to High Roller regulars, relative unknowns, and more.

The final Roster Rundown for this year’s Super High Roller Bowl lottery players begins with arguably the hottest player on the planet. After posting back-to-back years where he earned over $4 million, Justin Bonomo, pictured below, has already crushed those numbers just three months into 2018. “ZeeJustin” opened the year with a seven-figure result for a runner-up finish in the $100K Super High Roller at the PokerStars Caribbean Adventure, before winning events in Florida and at the U.S. Poker Open. Bonomo wasn’t finished yet though, as the high stakes veteran closed out the first quarter of the year with a massive Super High Roller Bowl China victory. The $4.8 million result pushed Bonomo over the $25 million mark for his career and into the all-time money list’s top-ten. After final tabling last year’s Super High Roller Bowl, no one would be surprised to see Bonomo continue to bowl over the competition in 2018.

Some Super High Roller Bowl players need an introduction, we’ll get to two of them next, but Phil Hellmuth is not one of them. Hellmuth is the winningest player in World Series of Poker history with fourteen gold bracelets and while his appearances in High Roller events are few and far between, Hellmuth’s record in such events can not be denied. In 2012, Hellmuth final tabled the $1,000,000 buy-in BIG ONE for One Drop and since then, has cashed in two $111,111 buy-in High Rollers for One Drop. Hellmuth also final tabled the 2016 Super High Roller Bowl, stealing the show en route to a 4th place result worth $1.6 million. While his 2017 appearance was short lived, Hellmuth ended up busting to Kevin Hart on Day 1, counting out “The Poker Brat” has never been a winning bet. 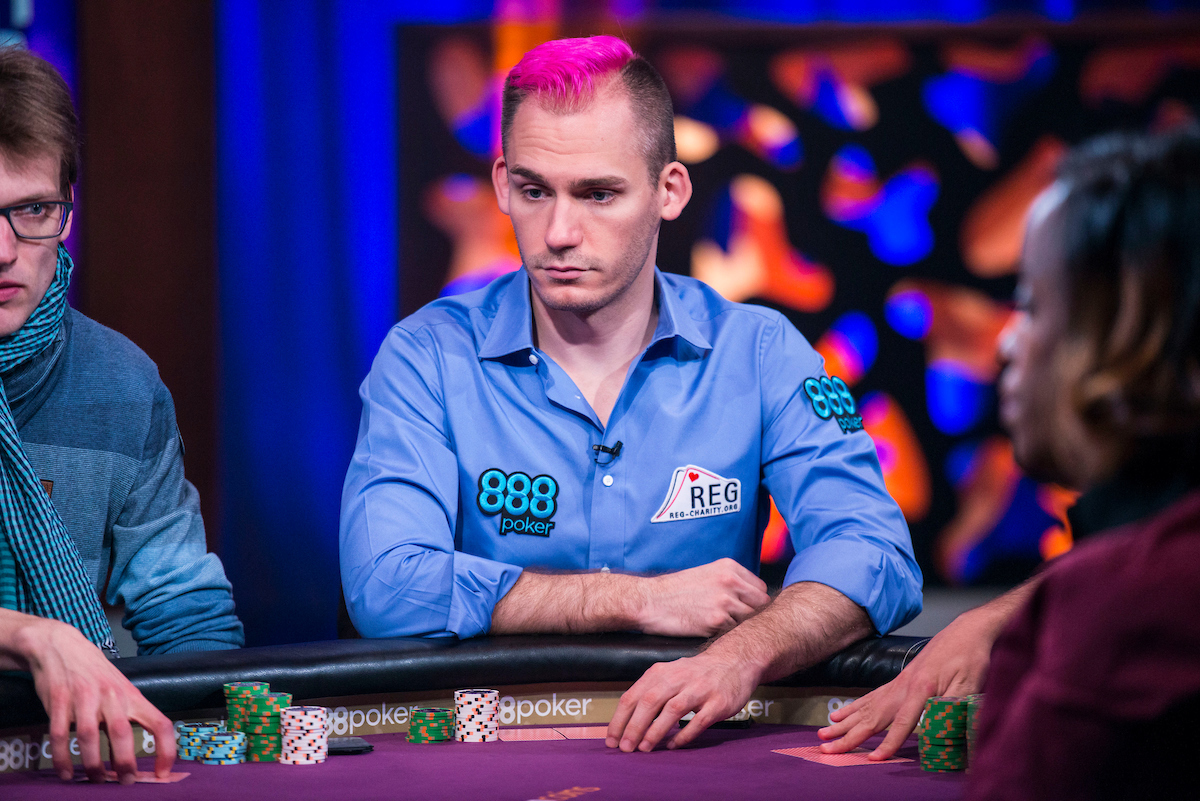 One of those players that likely needs an introduction is Arne Ruge. Unlike many of Ruge’s German Super High Roller Bowl counterparts, he does not have a lengthy High Roller resume, millions of dollars in career earnings, or a headlining making victory. Instead, Ruge has under $150,000 in lifetime live cashes, one victory from a $2,000 event in 2012, and zero cashes in events with buy-ins over $10,000. That could all change next month though, although Super High Roller Bowl rookies have failed to make big splashes over the past few years.

While Kahle Burns likely doesn’t need an introduction, he may be an unknown quantity to some American viewers. The Australian has built up an impressive resume that includes over $3 million in live tournament cashes, but Burns has recorded zero cashes in the United States. A majority of his results have come in his home country, while his biggest scores have come from Macau. Last fall, Burns finished 3rd in the Triton Super High Roller Series Main Event for a career-best $1.3 million score. John Juanda, Fedor Holz, Adrian Mateos, and Isaac Haxton were also at that final table, meaning that Burns can certainly hold his own against some of poker’s biggest names.

After recording his first High Roller cash in 2009, Dan Shak is still churning out results against the world’s best. Shak was also one of the first non-pros to dive head first into the high stakes tournament arena and over the last decade has earned just shy of $10 million. Shak has two runner-up finishes in $100,000 buy-in Super High Rollers at the PokerStars Caribbean Adventure and in 2010, Shak won a $100,000 buy-in event in Australia. A final table run in the 2016 Super High Roller Bowl once again proved that Shak is one of the world’s best and he will return looking for another cash in 2018, after falling a few spots short of the bubble last year.