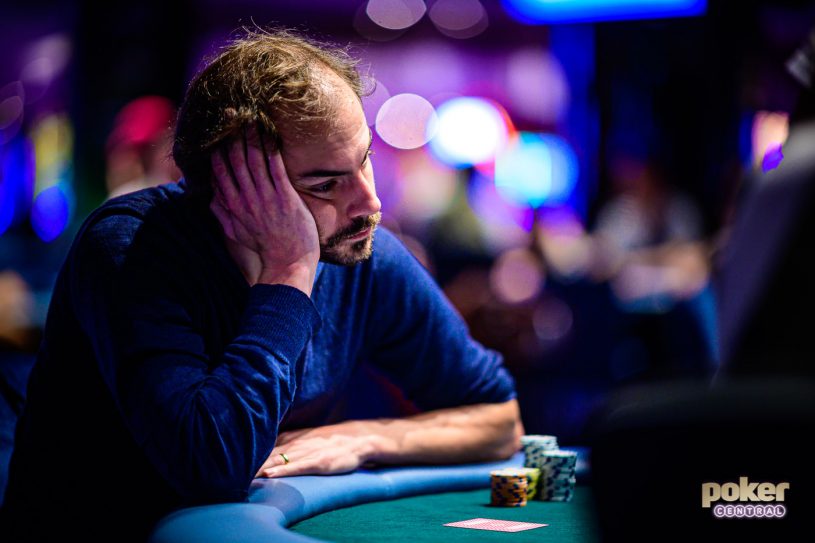 The ninth installment of the Super High Roller Bowl made its way to the Gold Coast on the beautiful Queensland, Australia shoreline, to follow a successful inaugural Australian Poker Open.

Following a few structure tweaks which included an earlier start, and the shortening of the levels during open-registration, a total of 16 entrants would create an AU$4,000,000 prize pool that paid the top three places; AU$640,000 for third-place, AU$1,200,000 for second-place, and AU$2,160,000 for first-place along with the title of Super High Roller Bowl Australian champion.

There would be 12 unique players throughout the event, and once registration closed and PokerGO coverage concluded for Day 1, a total of 10 players remained with the schedule calling for play to continue for two more levels. After chips circled back-and-forth, a quick set of eliminations saw Alex Foxen eliminated in tenth place, and Chidwick eliminated in ninth-place to leave the final eight players redrawing to one table.

With just under a level to play before play concluded for the day, Orpen Kisacikoglu, Mikita Badziakouski, and Seth Davies all found themselves on the rail. Kisacikoglu was all in with an overpair against Elio Fox’s pair and straight draw but saw Fox take the lead on the river. Badziakouski fell at the hands of Kahle Burns when his two pair went down to Burns’ flopped trips. On the penultimate hand of the day, Davies was all in on the river with top pair but would be outkicked by Timothy Adams to leave the final table down to five players.

Leading the Super High Roller Bowl Australia final table is Elio Fox with 1,337,000 in chips. Fox finished in seventh-place in Event #1 of the Australian Poker Open and will be chasing his third biggest career score behind his 2011 WSOP Europe Main Event win, and his 2018 WSOP $100,000 High Roller runner-up finish. If Fox can collect the Super High Roller Bowl Australia title, he will move to 38th on the United States All Time Money List.

Second in chips is Australian Kahle Burns with 951,000 in chips. Burns was unable to find a cash during the Australian Poker Open, and on the bubble of the AU$100,000 Main Event he had his kings cracked by the queen-eight of eventual champion Michael Addamo. The past 13 months has seen Burns win over $6 million in tournaments around the world and currently sits in second place on the Australian All Time Money List, and 97th on the All Time Money List. Just last week Burns won the Aussie Millions AU$100k Challenge for AU$1,746,360 to kickstart his year the right way.

Canada’s Timothy Adams sits third on the leaderboard with 793,000 in chips. Adams won Event #3 of the Australian Poker Open for AU$416,500 and if he can add a second victory to his resume, he will move to over $20 million in lifetime tournament earnings and move to 26th on the All Time Money List.

Fourth in chips is Aaron Van Blarcum with 568,000 in chips. Van Blarcum has one cash at the Australian Poker Open with a sixth-place finish in Event #3, but his last six months have seen him win over $3.2 million which includes a Season XVIII WPT Legends of Poker title, a second-place finish in the partypoker MILLIONS World Bahamas, a first-place in the $25,000 Bellagio High Roller, a second-place in the $50,000 Bellagio High Roller, and then just last week Van Blarcum finished second in the Aussie Millions AU$100k Challenge. During the Australian Poker Open finished in sixth-place in Event #3 and second-place in the Main Event.

Rounding out the final table is Cary Katz with 356,000 in chips. In similar fashion to Burns, Katz hasn’t collected a cash during the Australian Poker Open but he is still in contention to join Justin Bonomo as two-time Super High Roller Bowl champions. Katz has amassed over $26.6 million in lifetime tournament earnings, and with a victory, he can move into 13th place on the All Time Money List ahead of Antonio Esfandiari.

Watch PokerGO coverage of the Super High Roller Bowl Australia live. Subscribe right now and never miss another final table stream with some of the best of the best.