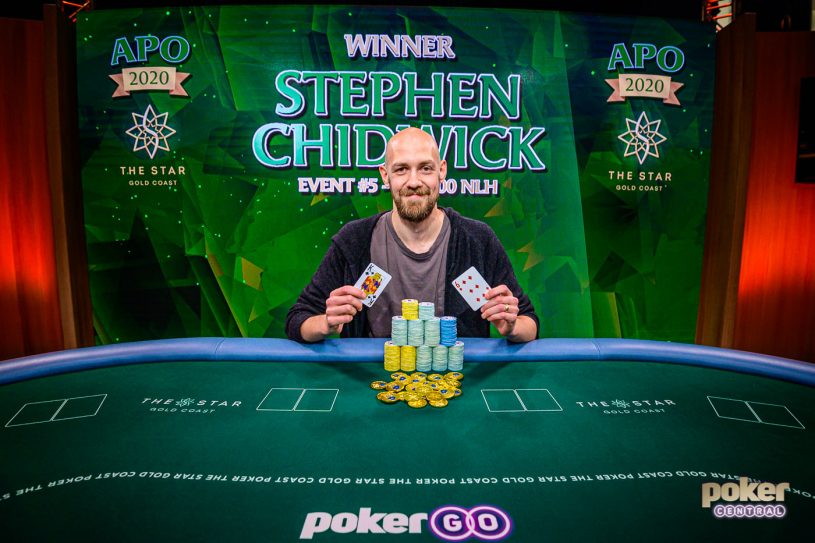 Stephen Chidwick is not only the first name that comes to mind when you ask big-time pros “Who is the best tournament player in the world?” but he’s also the winner of yet another high roller event. Today, Chidwick won Australian Poker Open Event #5 for $399,500, surpassing David Peters on poker’s all-time money list into sixth place and grabbed the APO Championship lead in the progress.

About his chances to win the Australian Poker Open, Chidwick said, “I don’t want to get too far ahead of myself and just keep trying to play my best. I don’t think I’ll be able to win it without another score. I only have a small lead right now and there’s a couple of events left. I just always want to win but I never set my goals on winning one specific event. When I play I just want to win. I’m very motivated by leaderboards and rankings as it’s always very fun to chase those.”