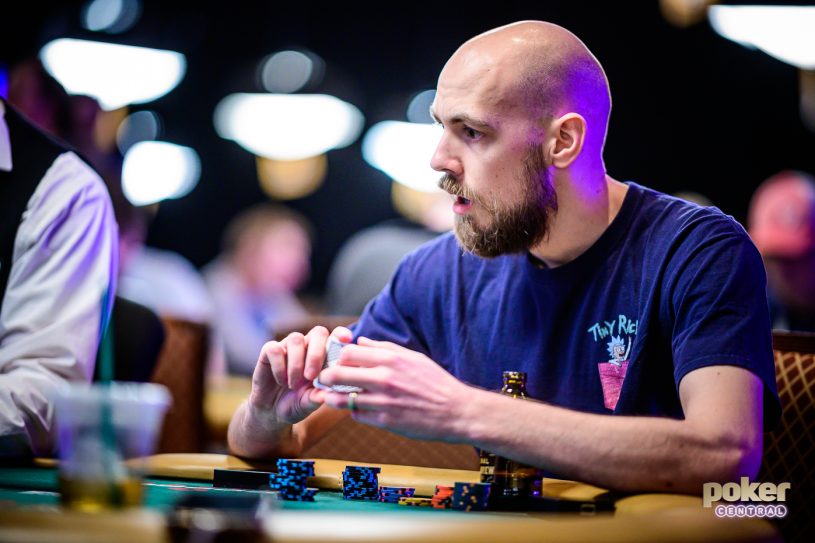 Learn and be entertained by Stephen Chidwick on Heads Up with Remko.

In anticipation of the British Poker Open on PokerGO, enjoy this throwback podcast featuring Stephen Chidwick, the No. 1 player from the UK. This podcast was originally published in March of 2018.

One of the few players who proved himself to be one of the elite at this summer’s World Series of Poker was Stephen Chidwick. The man from Kent in England won his first-ever bracelet, confirming his reputation among many of the world’s best players that Britain’s most successful tournament player might just be one of the greatest live poker players in history.

BEHIND THE DOMINANT TABLE IMAGE

While it would be easy to analyze Stephen Chidwick and assume much of his greatness comes from his mastery of the live arena, much of the theory behind his phenomenal success has actually happened in the past four years.

As Chidwick explains to Remko Rinkema is this archive edition of ‘Heads Up with Remko’, the precursor to today’s now-on-screen Poker Central Podcast, he started studying GTO or Game Theory Optimal play, back in 2015.

“The introduction of PO solver was a game-changer,” says Chidwick. “I started working with it in 2015. Before that, it was Cardrunner EV which was time-consuming and hard to use. PO solver is a much more powerful piece of software than anything we’ve seen before.”

Some in the game will point to those who have enjoyed success without it, much as everyone knows an aged relative of a friend-of-a-friend who drinks three whiskeys a day and smokes like an industrial chimney. Chidwick is a confirmed fan of the software and sees how it has impacted his results as incredibly positive.

“I spend quite a bit of time studying the theory behind different spots. I see that the computer wants to check-raise or slow play certain hands a percentage of the time and from there you can use that as your baseline for some exploitative play. Without knowing where the line is in the first place it’s harder to know which side of line people are on.”

While there will always be players who point out that Viktor Blom was an online boss without a HUD or that the Main Event champion of a certain year believes GTO to be an abbreviation for Game of Thrones, for the Deal-based super high roller, the value is simply too good to turn down at the level he plays at.

“I think you’re doing yourself a disservice if you ignore them.” He says. “There are players who don’t use them and are good players. If you’re smart, you can pick up what players are doing and figure it out backward. You can get very good without using solvers.”

Chidwick was not happy with simply being ‘good’ at the game. In the 18 months since this was recorded, he’s banked over $19.5 million, more than half of his incredible $31 million haul for live tournament poker. GTO is working for one of the GOATs of this poker era.

If you’re looking forward to the British Poker Open as much as Stephen Chidwick, the greatest tournament poker player in British history, or if you’re simply excited about watching the latest installment of the Super high roller bowl, check out the Live Events schedule for the festival on PokerGO right now.