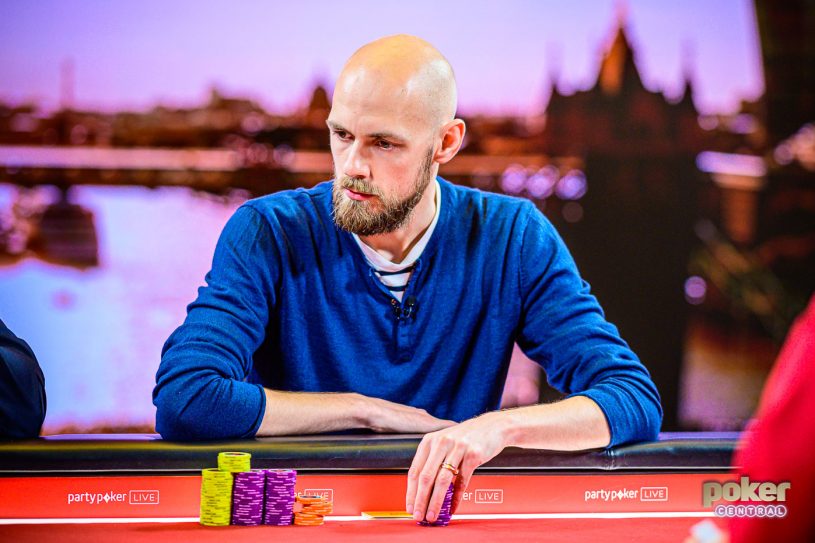 Stephen Chidwick in action during the British Poker Open.

Anyone who watched the Super High Roller Bowl London final day take place on PokerGO will have enjoyed the incredible footage as Cary Katz took down the £2.1 million top prize, beating Ali Imsirovic to the trophy.

CHIDWICK STARS DESPITE BUSTING IN FOURTH

Despite not winning the event, or cashing by reaching the final two players, British talent Stephen Chidwick earned high praise in the immediate aftermath of his day at the felt. Playing poker of the highest standard, Chidwick made an unbelievable bluff against Christoph Vogelsang.

Anyone buying into the GTO players are boring narrative, should watch Chidwick’s brilliant SHRB performance. You’ll see a focused & creative player who’s the best in the game right now

Chidwick’s masterclass was recognized as such by many players and fans on Twitter. The man himself has been typically quiet in the aftermath of his day at the felt, and well he might. He has a baby to look after and is probably hard at work studying the game in his constant drive to be the best in the game.

Many people recognize Chidwick as the best tournament poker player in the game right now. What some don’t recognise is just how entertaining the game is at the highest level. If fans needed any more convincing, Sam Greenwood – who shared the felt with Chidwick at the same final table – waded into the debate on Twitter.

If you find the aesethics of SHR poker to be boring. That's fine, but the idea that the play is robotic or boring is insane to me. I've been playing poker for 15 years and it's never been played at a higher level.

A GREAT END TO A LONDON HOMECOMING

Stephen Chidwick enjoyed a superb trip to London from his home in Vegas. Having swapped the ‘green and pleasant land’ of his country of birth for life in Las Vegas these days, Chidwick made hay upon his return to England.

In the preceding tournament series to the Super High Roller Bowl London, Chidwick reigned supreme in the British Poker Open’s PLO Event #7, which you can rewatch the final table of right here.