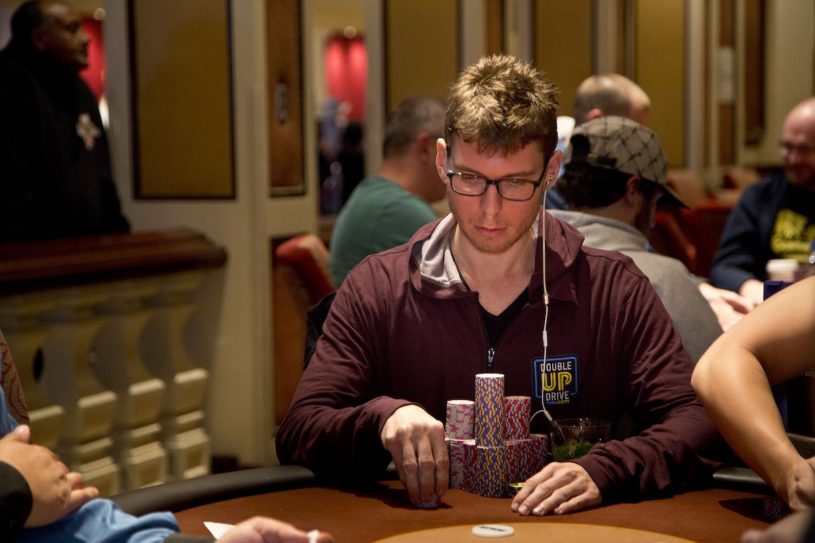 Andrew Lichtenberger remains in contention for his first WPT title. (Photo courtesy of the WPT.)

The final table is set for the biggest World Poker Tour Five Diamond Poker Classic in history as just six players remain to contend for the $1.6 million first prize from a field of 1,001. The final table is headlined by WPT Alpha 8 and WSOP bracelet winner Andrew Lichtenberger who takes a middling stack into the PokerGO Studio on Saturday.

The penultimate day at the Bellagio started with 45 hopefuls lead by Mo Arani and big names such as Joe McKeehen, Andrew Lichtenberger, Sorel Mizzi, and Dylan Linde near the top of the counts.

The biggest name to depart early was Darren Elias, as the record-holder with four WPT titles was sent to the rail in 41st place for $36,945 at the hands of Andrew Lichtenberger who held the stronger flush. Day 1 chip leader Calvin Anderson was quick to follow as Barry Hutter won the coin flip with ace-jack versus pocket nines.

The remaining six players will battle over the following payouts, live on PokerGO.