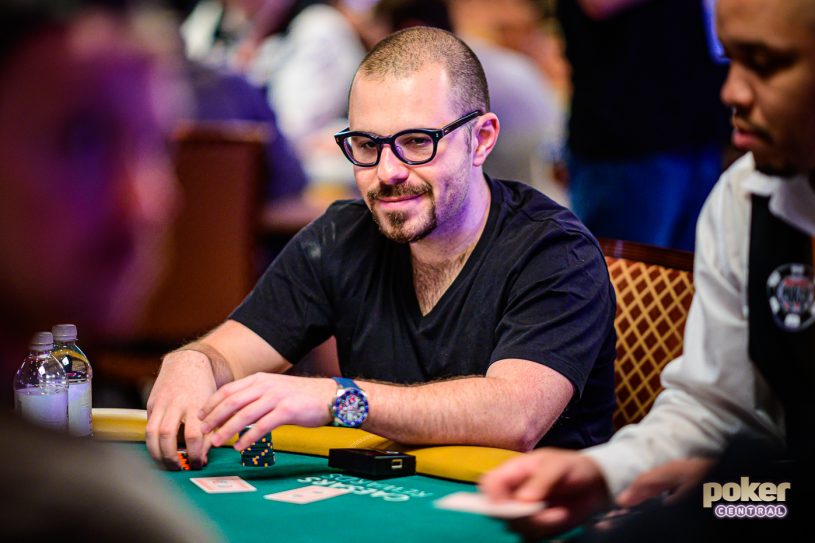 It’s Day #25 of the 2019 World Series of Poker and just when you thought the greatest poker festival on Earth couldn’t get any weirder, well, it does. From losing your shirt in a table game to a dealer incentive, today is a case of ‘Anything Goes’ in the poker world.

SMITH PUTS HIS SHIRT ON IT

Dan Smith is an easy man to please after a game of poker, a nice game of craps and he really gets comfortable. Sometimes topless, too.

What did Ari Engel achieve differently from other recent WSOP bracelet winners? Well, take a look.

THE NEGREANUS TAKE AIM AT EACH OTHER ALREADY!

Before certain former WSOP Player of the Year winners get excited, ‘DNegs’ and ‘ANegs’ were only going at each other because they happened to be sat at the same table in the latest highly-popular WSOP Online event. While Mrs Negreanu was at home, Kid Poker was multi-tabling his $10k PLO journey with a little button-clicking. Versatile, that guy.

What are the odds that me and @RadioAmanda would start the WSOP online event… AT THE SAME TABLE!

DEALERS GET TOO MUCH FLACK?

Layne Flack here with our kind of forward-thinking. What’s next – whoever deals fastest gets put into the $50,000 Poker Players Championship? Any dealers who can refill drinks while on roller-skates are bought into the One Drop? Let’s not stop here.

The best thing the @wsop could do is have an incentive for dealers that work harder then others. Maybe an entry into the main event. Just something that would motivate the weaker dealers to work harder. It’s not fair to the great dealers to have the same pay

Luke Schwartz’s maiden bracelet win pleased many people in the game, but perhaps none more so than Jesse ‘The Voice of Poker’ May, who recalls their fun together on television well.

In celebration of @__fullflush1__ first bracelet, here's a short article I wrote about him in 2011, when he had his first @WSOP cash. About time! pic.twitter.com/oDRKTr89Xf

TEDDY KGB IS IN THE HOUSE

This guy is the nuts @WSOP pic.twitter.com/wdFL7EHlrB

ZACK ON TOP AGAIN IN WSOP PLAYER OF THE YEAR RACE

Dan Zack returned to the top of the WSOP Player of the Year leaderboard after his latest foray into the mixed games. With Zack now more than 650 points ahead of anyone except Upeshka De Silva, is he running away with the title?