You are here
Home > Podcasts > “She Doesn’t Learn From Me!” – Phil Galfond on Farah’s High Stakes Play 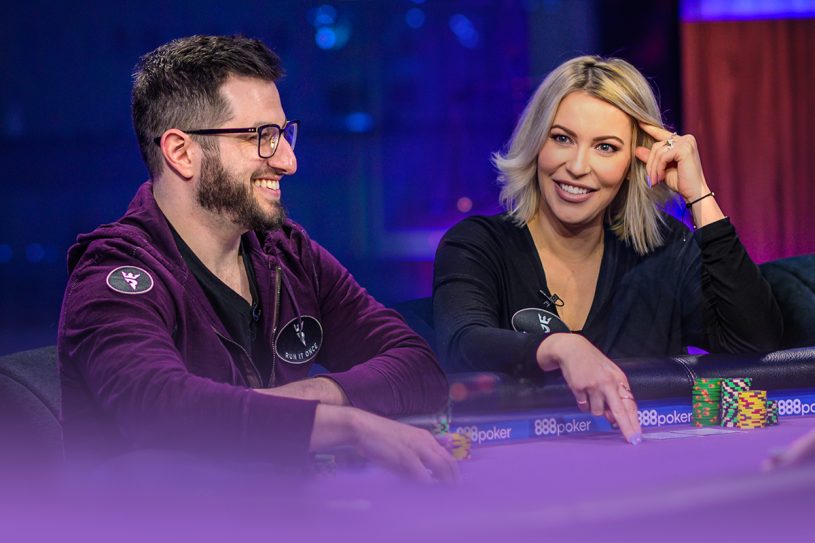 Phil Galfond talks on the Poker Central Podcast about Run it Once Poker and Farah's rise through the ranks.

This week’s Poker Central Podcast focused on a variety of subjects in one of the busiest weeks in the poker industry. As well as discussing the benefits of the “Randall Emmett Experience” and breaking down the Global Poker Awards, Remko and Brent spoke to Phil Galfond during Run It Once Week on PokerGO.

With the launch of his poker site being a long time coming, the whole industry has been abuzz about Galfond’s creation, and the former nosebleeds online and live legend, as well as triple WSOP bracelet winner, gave a full and frank interview about many aspects of his career:

Galfond spoke about the choices he had to make as Run It Once Poker’s creator, including whether to wait until tournament poker was available before launching or offering cash games to players before adding in other game formats.

“We’re in the process of building SNGs then [Multi Table Tournaments].” He told us among other revelations about the future of Run It Once. “We weren’t happy about choosing that path.”

ONLINE POKER IN THE NEW ERA

Galfond admits his frustration at not being able to offer poker to those residing in the United States. Talking about having to tell players they can’t deposit chips in his own country clearly hurts. “I’m tired of typing the answer to that!” he said, speaking further about the success of Pot Limit Omaha compared to No Limit Hold’em.

As well as his personal aims for building Run It Once Poker into a live tour that challenges the established poker brands, Galfond has had much to celebrate recently, becoming a father with his wife, the actress turned poker player Farah Galfond. As he explained, however, it’s not been a case of transferring his skills to his wife.

“She doesn’t learn from me!” argued Galfond, “She’s learned from playing.”

Galfond is clearly proud of his wife, even if he does admit, “[Farah] only got a seat in the game because they were making fun of me!”

Listen to the full podcast now to find out what game Galfond is talking about as well as Remko and Brent’s take on where the World Series of Poker might end up in 2020 if this is the last year at the Rio. Subscribe and catch up on the previous 142 episodes on offer via our 24/7 PokerGO channels right here.