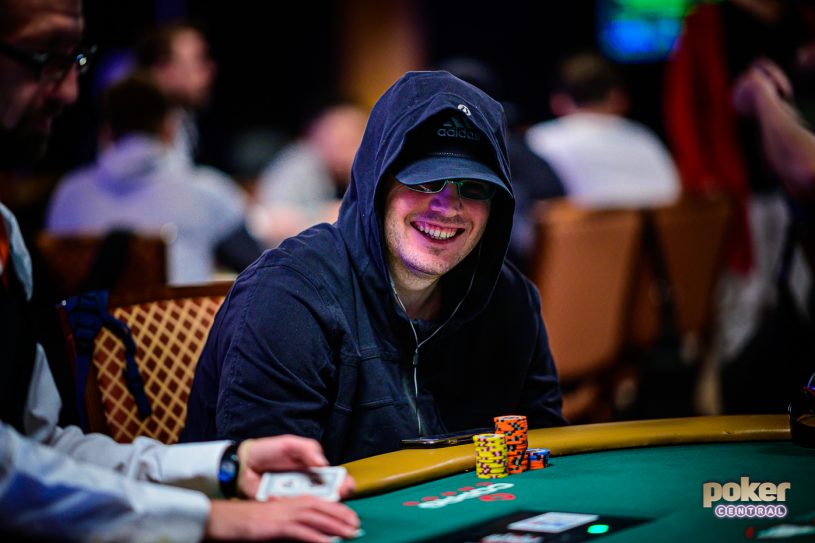 Two more events took place on the same Day that Day 2c of the Main Event made many headlines. One was in the Rio, the other was in the ether as the 8th and penultimate online WSOP event of the summer saw two huge names clash in a battle for the WSOP bracelet. We also have big news from Day 1b of the Little One for One Drop, but let’s start with a maiden bracelet for a hugely popular poker pro.

After a long, long wait, Shawn ‘Bucky’ Buchanan finally got the WSOP bracelet he craved after beating David ‘Bakes’ Baker heads-up for the gold in the $800-entry online event. Delighted at having been victorious against such a high-quality opponent, Buchanan took to social media to express his happiness in the aftermath of his heads-up victory.

Won the 800 6 max @wsop Bracelet event! Played hu against the beast @DMBakes ! Feels great after a rough summer, better late to the party than not at all !#wsop#pumped

At the tables, ‘Bucky’ was in fine form, busting players all over the Top 20, and with both two tables and just the final table left, he looked in complete control. With five players left, Buchanan had over half of the chips in play, and by the time it became a heads-up battle, he had Baker dominated in chips by 3:1. However, Baker came back into it when he was all-in with pocket tens against Buchanan’s ace-three of diamonds, and the flop brought two more tens for quads.

If it suddenly looked like the toss of a coin – and chip stacks did, at one stage, achieve parity – it was a false dawn for Baker. Having looked like he had it won already, Buchanan did it all over again, grinding Baker down and dominating him once again to claim victory in the end.

Stefan Ivanov leads the way after a stunning Day 1b performance at the felt saw him grab the lead with a whopping 658,000 chips. Having gone into the last level well up the counts, Ivanov won a massive pot when he called a huge shove from his opponent. Ivanov’s queens were way ahead of his enemy’s pocket sevens and he held to rack up the biggest chip stack on the day.

Elsewhere, 590 players survived the cut, with 1,537 entries on the day even more than yesterday, setting us up nicely for the next day’s play in this fabulous event. Others to thrive on Day 1b included David Lolis (524,000) and Jeff Platt, whose Negreanu-wedding-night shimmy may not be his calling card if he can keep improving on his stack of 230,400. Mike Sexton and Chris Ferguson both also made it through to Day 2.