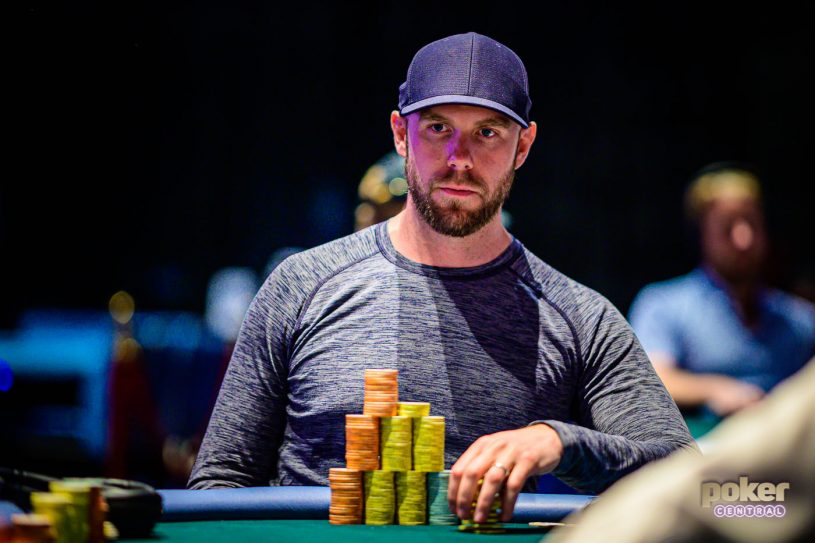 With a return to No-Limit Hold’em, the tournament would open with a 50th birthday celebration for Cary Katz, and as players were treated to a birthday cake supplied by The Star Gold Coast, a total of 47 entrants would create a prize pool of AU$1,175,000 that would pay the final seven places. Once the final nine redrew to one table, it would take roughly 30 minutes until George Wolff exited in ninth place, and then another 30 minutes before Chino Rheem would fall short of his third cash of the series when he was eliminated on the money bubble in eighth place.

Matthias Eibinger would be the final elimination of the day as he exited in seventh place for a $58,750 payday at the hands of Erik Seidel in a pot that saw him double through Farid Jattin. The final six players are all guaranteed AU$70,500 in prize money, but all eyes are set on the first-place prize of AU$399,500 and the title of Event #5 champion.

The player best positioned heading into the fifth final table of the Australian Poker Open is Seth Davies who has been hovering around the top of the chip counts since before the second break. Davies has amassed over $7.6 million in lifetime tournament earnings which includes a WPT title and a multitude of high roller scores. If Davies can prove victorious, he will leapfrog Shaun Deeb to move into 74th place on the United States All Time Money List.

Playing in his first Australian Poker Open event, Australia’s Michael Addamo bagged 1,210,000 in chips to sit second overall. Addamo has amassed over $6.93 million in lifetime tournament earnings that sees him sit third on Australia’s All-Time Money List behind Kahle Burns and Joe Hachem. In his hometown series of the Aussie Millions, Addamo won the AU$50k Challenge for AU$1,073,790 in prize money – his second-biggest score behind his 2018 WSOP Europe €25,000 High Roller victory.

Stephen Chidwick sits fourth overall with 1,100,000 in chips. Chidwick finished runner-up to Timothy Adams in Event #3 and saw his lifetime tournament earnings move to nearly $33.62 million, and with a top-three finish, he can move to sixth place on the All-Time Money List.

Fifth overall is Dutchman Jorryt van Hoof who ended the day with 705,000 and is collecting his first Australian Poker Open cash after several close calls this series. Rounding out the final table is Event #4 champion Farid Jattin with 190,000 in chips. Jattin lost a big hand to conclude Day 1 play, and although he has an uphill climb unlike his previous final table, Jattin’s motivation will be moving up the Australian Poker Open Championship standings where he currently sits fifth – 180 points behind Andras Nemeth who is leading. Read more about Jattin’s big win yesterday right here.