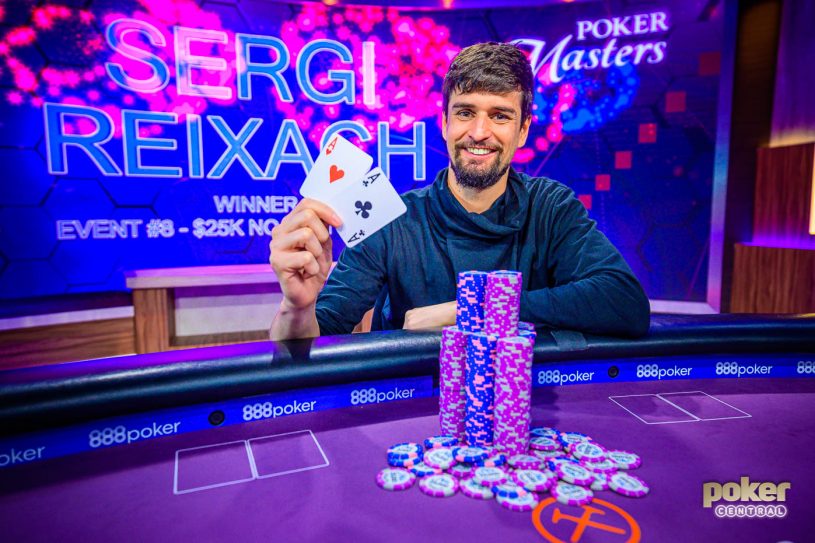 About his, albeit them being very small, chances of winning the Poker Masters, Reixach admitted that it’s a really cool feeling to win a tangible trophy.

“Money comes and goes, and even if you still have you can’t assign it to a specific win but trophies are forever. I like that there are trophies in poker even though it’s not the reason I play the game. I’m more proud of being able to play against the best player in the world every single day then winning some trophies.”

While bursting out in laughter, Reixach added, “But for my mother, it’s good that I win trophies. I can tell her that I’m good but when I show her a trophy she will think, ‘Maybe my son is actually a good player.'”

After winning roughly $2 million in his first five years playing live poker tournaments, Reixach has won more than $3 million this year and he’s far from being done. In closing, when asked what the major difference is between this year and the previous ones he had a deadpan answer for us.

“I’m winning f***ing everything! Last year I got 11th, 12th, 9th, 18th, and this year I’m winning every flip and when I need to give out a bad beat, I do. A little bit of luck changes everything and this year has been amazing and I’m very happy to get this win.”

There are two events left at the 2019 Poker Masters. Event #9 $25,000 No Limit Hold’em is now underway and can be followed through the Live Reporting page. The $50,000 Main Event gets underway tomorrow and streams its final table on Thursday. New to PokerGO? Subscribe right now.