You are here
Home > News > Seniors Gonna Senior, Reg Rage and The Grinder Has a Handful 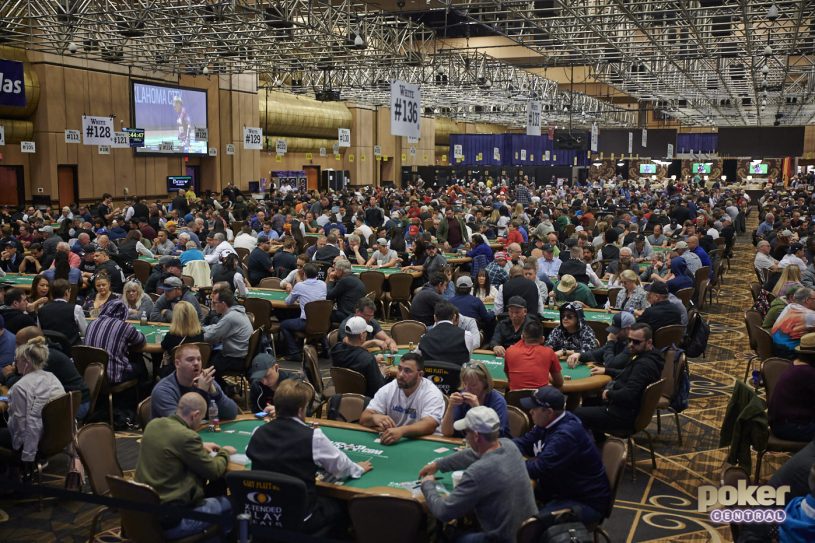 The Brasilia room was packed for the Seniors Event last night.

You know it’s going to be a great World Series when the Seniors Event starts and Twitter is lit like so much firewood was back in the days when the Seniors were making their first three-bet. Nowadays, it’s all Insta this, Snapchat that. But it’s good to know that the WSOP has got everyone’s back, no matter what age they are.

Let’s face it, we’re all youngsters when it comes to cracking jokes and no-one does it like the older generation. It turns out the powers that be at the World Series have a sense of humour, too.

The announcement for Seniors event break was awesome. “Attention you are now on a 30 minute break. Please take note or take a picture of your table number before you leave”

One player who has not yet been named is either lying about his dating profile or needs to grow some grey hairs pronto to validate his Seniors ticket.

A poker player I've definitely seen on dating apps claiming he is 40 is definitely playing in the Seniors Event. #justsaying

Layne Flack is, at least, sympathetic to the needs of any elderly players taking part in their first event this summer. Well, kind of.

The waitress’s are walking around offering water and Metamucil. I wonder if that’s the official sponsor of the senior event

Some players just aren’t happy with the game when it’s not played their way. If we were all the same, we’d be playing Bridge, right?

THE GRINDER GATHERS ANOTHER

It’s not like Michael Mizrachi to be competitive with his brothers, poker history or records, is it? No, wait, that’s exactly what The Grinder is known for. What a boss…

The action at the top of the $25k Fantasy League is really getting competitive. Any league winning team is expected to need at least 800 points to take the title, but Teams Maths are starting to look like they know how to add up. You can review the entire standings in full right here.