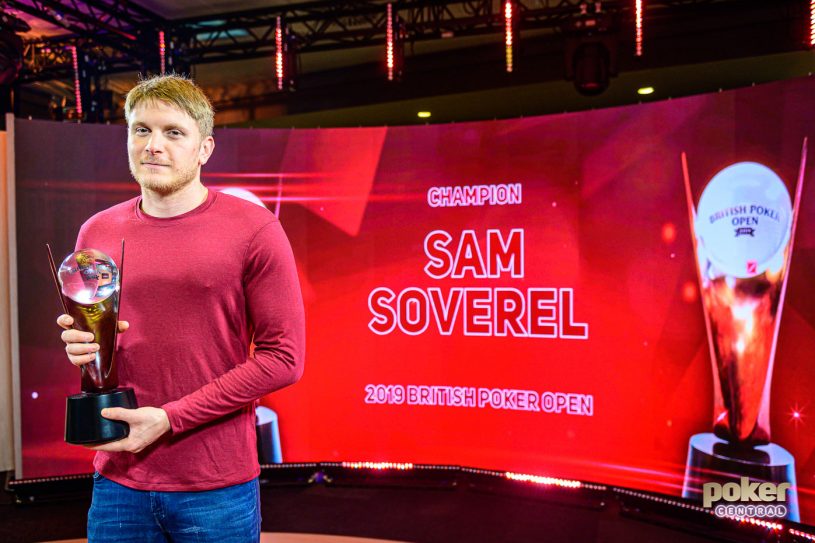 The inaugural British Poker Open Championship at Aspers Casino in London has been won by American pro Sam Soverel! Over the course of 10 events, Soverel proved to be the most consistent player by raking in no less than five cashes of which two were outright victories.

After locking up the win, Soverel said, “It was a great series for me. Man, I feel like I ran really good leading up to the final tables in pretty much every tournament including the ones I didn’t cash. I didn’t go all the way in all of them but I really really good, and it was a fun series for someone who plays high stakes.”

“I’m not really a trophy guy but because everyone else wanted it so much, and I got to keep it, it was pretty sweet winning it!” Soverel said about taking home the trophy.

With his victory, Soverel claims the British Poker Open trophy and with his results this week he collected a total of $966,462 to put him 69th on the all-time money list with $11.4 million in total earnings.

Here’s a full overview of all events at the British Poker Open.

Click on the player name in the overview above to relive the final table on PokerGO. *denotes a non-streamed event. Read through all the Live Reporting of the British Poker Open here.

The final standings of the British Poker Open are as follows.