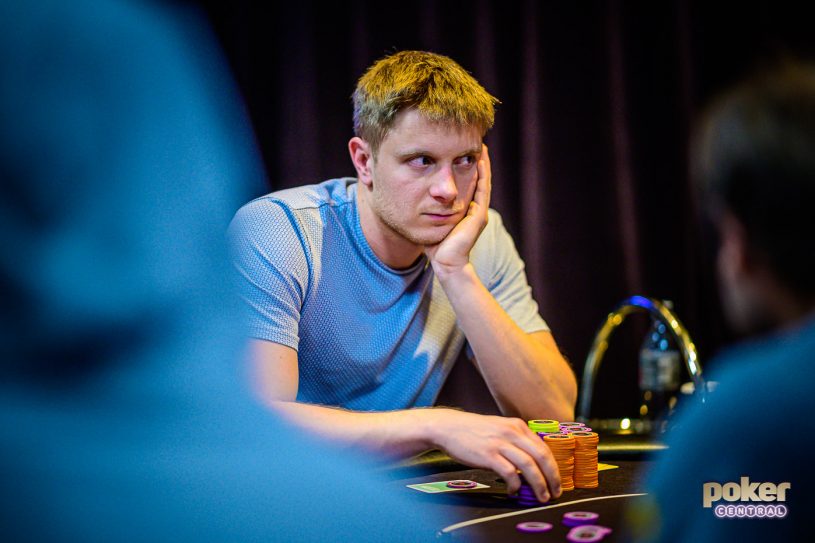 Sam Soverel already has one British Poker Open podium finish and a few hours removed from a runner-up result in Event #3 he may have set himself up for another. The High Roller of the Year leader bagged just over 1.7 million chips to give himself a sizable lead heading into Thursday’s six-handed final table – one that will not include Stephen Chidwick.

Chidwick was also present on today’s £10,000 Pot Limit Omaha podium and he finished in the money in Event #3 before falling one spot short of the official £10,000 No Limit Hold’em final table. As the only players to cash twice through the first three BPO events, they should be favorites to contend for the series title.

The Greenwood’s have already won a BPO title this week and they have a chance at a second tomorrow. Sam Greenwood returns near the middle of the pack, trailing Soverel, Cary Katz, and Elio Fox.

While Katz opened the final table with an elimination that moved him up the leaderboard, Fox waited until the end of Day 1 to do most of his damage. Fox tripled his stack after the final redraw and returns as the only other player over 1,000,000 chips.

Mikita Badziakouski and Paul Newey round out the final table, as they’ll each return with just over ten big blinds. Both players made their first BPO appearance in Event #3 and Newey locked up the first High Roller Triple Crown score of his career.

The final six players will return to play to a winner live on PokerGO on Thursday, with play resuming at 12 PM local time. The PokerGO live stream will be on a one-hour delay and begins at 8:00 AM ET/5:00 AM PT.