You are here
Home > British Poker Open > Sam Greenwood on The High Stakes Grind: “You’re a Lot Less in Control Than You’d Like to Think.” 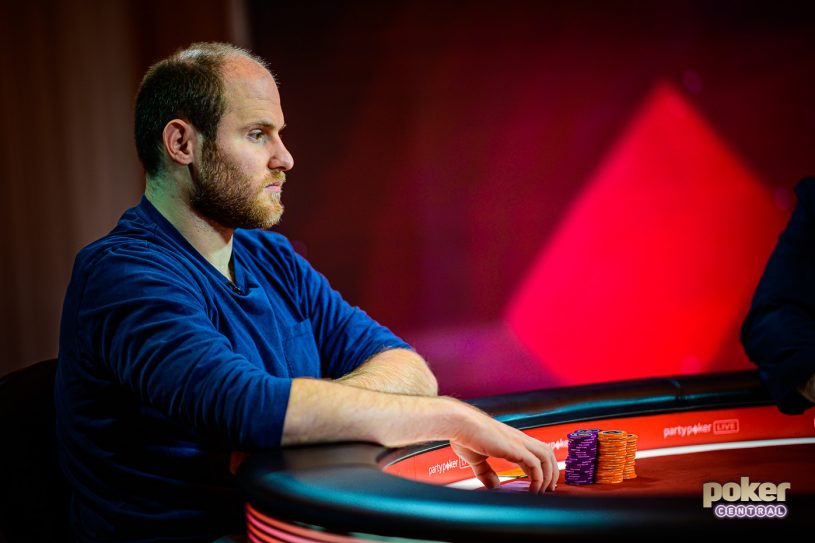 Sam Greenwood put himself in position for the British Poker Open leaderboard title when he took down Event #4 yesterday afternoon. When it came down to it, his latest trophy win came down to positive variance in his eyes.

PLAYING ON A HEATER

“I went on this crazy heater and won every all-in basically,” said the Canadian after defeating Robert Flink heads-up. “In Short Deck, people go from having all the chips to having no chips. I sprung 100,000 up to 1.5 million.”

The levels of Short Deck in terms of a tournament structure are fascinating to Greenwood. It’s clear that he thrives on understanding the game inside out.

“The first levels play like cash, the next level is people flipping coins for an hour, then it can get very deep, and tournament ICM is what you need to consider,” he says. “In no limit, you fold every hand, but here the biggest stacks can protect you when you limp, so it’s all about relative position. It’s tricky and requires a lot of focus.”

THE HABIT OF WINNING

Greenwood has enjoyed a phenomenal year to date, with $7.5 million in live tournament earnings coming to him this year. He understands that some of this is good fortune, but works hard between tournaments, too.

“Winning is great. Everyone who plays poker tournaments got into it because of competition. When you win, you go to sleep at night and everything worked out. There’s no second-guessing, there’s nothing, you just won!”

Greenwood has improved every year but conceded that plenty of poker results come down to luck when everyone is so good at his level.

“I’ve been fortunate to have some deep runs. You look around and you see someone like Justin [Bonomo], who obviously had the best year of all time last year, but this year hasn’t had the best time and you realize that you’re in less lost control of this then you’d like to think. You just show up and try to play your best. There’s just so much luck in any given poker tournament you play and I guess you just have to be ready to capitalize when you get lucky.”

Poker is a lot more fun when you’re winning than when you’re losing and Greenwood is having a blast right now. But he endured a stinging loss in the Main Event this summer when he was involved in a key pot with 45 players left in the Main Event. His aces – and his chances – were cracked in brutal fashion, but the hand doesn’t haunt him.

“I flew down to Vegas, played five tournaments, won $200k and left,” he says of his WSOP experience. “The specifics don’t haunt me because I think I was going broke on the river anyway. He’s never supposed to fold an open-ender.  Being the chip leader with 45 left… even if you’re a great player, I would only have had the final table average and it only takes losing a couple of flips here or there.”

If there’s one thing about losing that hand Greenwood does regret, it’s just that TV coverage would have meant that his success reached his family and friends in Canada.

“It would have been nice to get TV coverage on ESPN for Canada for my family and friends. My Dad’s mechanic called him after that hand and said ‘I saw your son take a bad beat’ – that doesn’t happen in other tournaments.”

Turning back to this 2019 British Poker Open, Greenwood has high hopes that he or his brother Luc might win the series. Both of them now have their name in lights during this series and he will be battling his brother for victory.

“I have a realistic shot of getting the championship. Every professional poker player starts every year wanting to make money, then they see Player of the Year awards and trophies. Now I have a win and a cash, I can start thinking about that sort of stuff!”