You are here
Home > News > Sam Greenwood Got Style, The End of The Koerper’s Watch & A French Bluff is Called 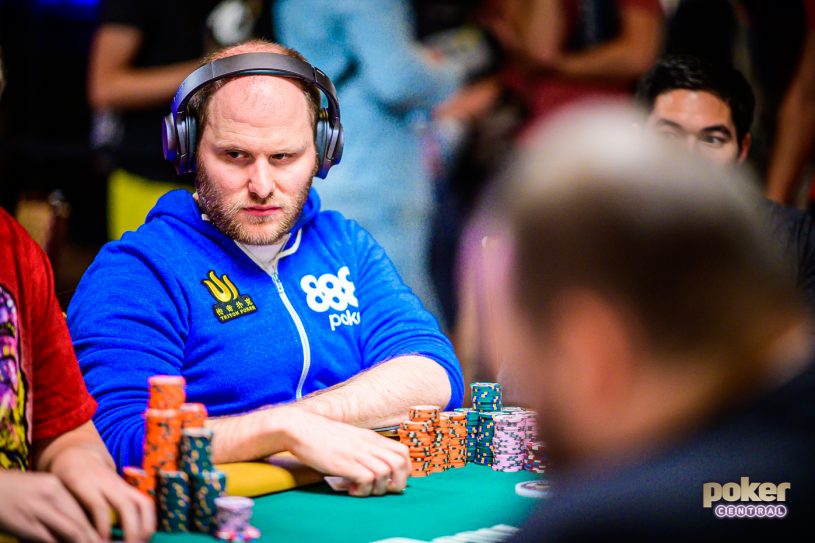 Just a few days of action remain at the 2019 World Series of Poker, but players of all levels are still loving life inside the Rio…or outside in the torrential rain! Yes, we’re talking showers all round here on the final Friday as one of the busiest periods of the summer has sent many players a little crazy.

GREENWOOD GETTING STYLISH OVER BUST-OUT

Sam Greenwood’s bust-out was the stuff of nightmares for him and his rail…but he looked good taking it.

HIS WATCH IS OVER

Zackary Koerper hit the showers in the Main Event, walked outside for some fresh air and that feel of the Vegas sun on his … oh. More showers.

Ever wondered if that waiter is really from the country of the restaurant’s cuisine? Go all-in with a friend who speaks the language.

Had lunch at Mon Ami Gabi. We’re unsure if waiter puts on a French accent. So @JoelleParenteau responds to him in French and he looks dumbfounded. Called the bluff 😂

Michael ‘Gags’ Gagliano was quick to credit his heads-up opponent…..

Got 2nd in the $1500 bracelet winners event for around $40k. Congrats to @pillaimignon for winning!!

…who hinted at his near-impossible nature that makes him such a winner earlier in the summer.

If Team Poker Central is going to win the 2019 WSOP $25k Fantasy League, then they’re going to have to force their way back into the upper limits of the leaderboard, dropping to 4th overnight, one place shy of the money.

Their team is doing well, but not quite well enough, with the rises of Teams Baker and Riess over the last couple of days have put Team Poker Central on the outskirts of a phenomenal result.

You can check out the full standings right here, but below is an illustration of where the vital players have bagged points for the home team here at Poker Central.