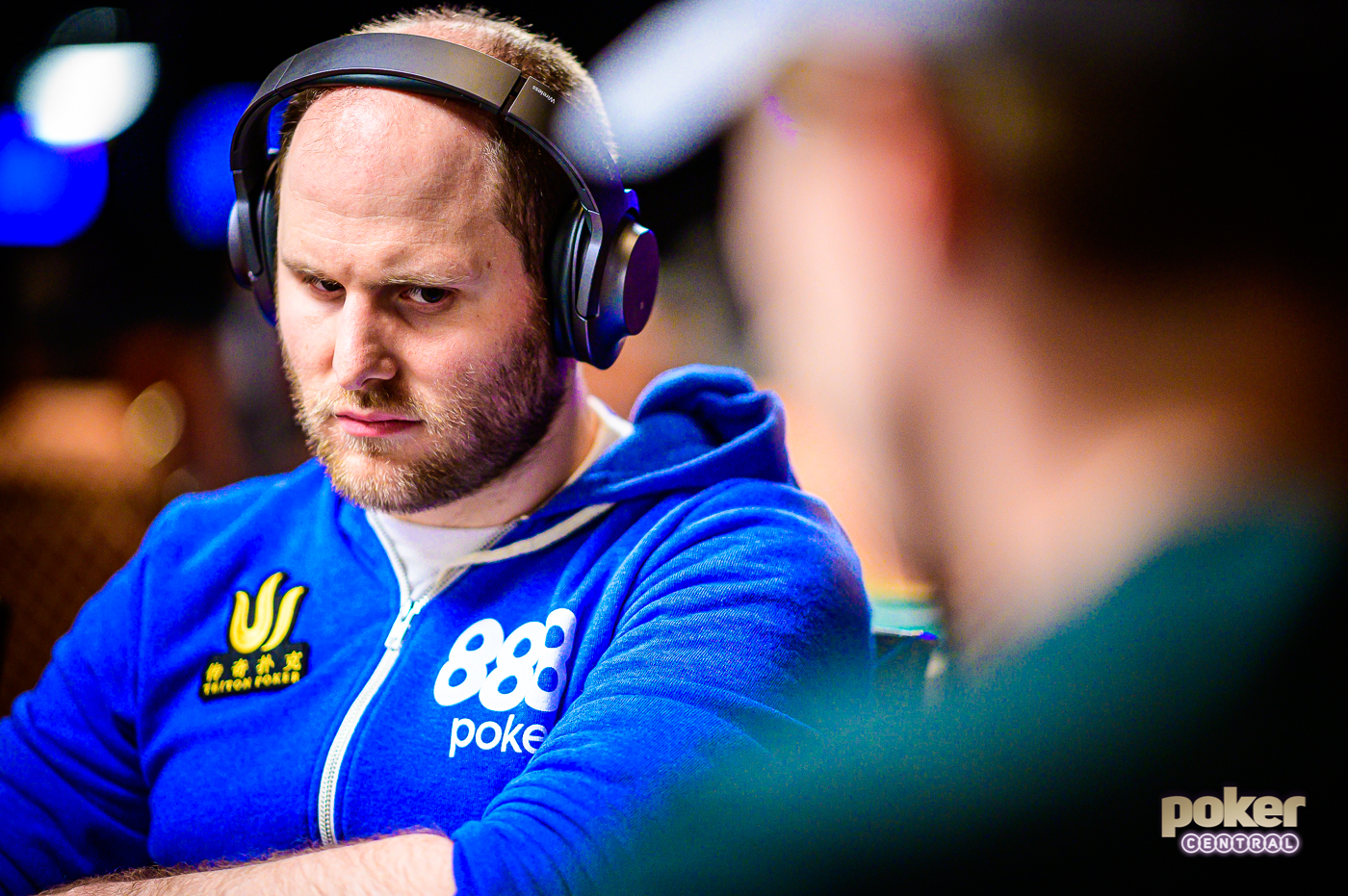 Focused & Determined: Sam Greenwood is ready for a final table run in the Main Event.

It was with a telling one-word answer that Sam Greenwood broadcasted his confidence for the 102 opponents that stand between him, $10,000,000, the most coveted bracelet, and eternal poker fame, to hear.

“Yeah,” he said when asked if he was the best player remaining in the 2019 WSOP Main Event.

It was a simple question, responded to with the shortest possible answer, but it said so much about the mindset, focus, confidence, and determination of the winner of $18 million in career live tournaments and the current No. 2 on the 2019 WSOP Main Event leaderboard.

Having confidence and faith in your own abilities is nothing short of necessary when you’re playing poker for millions of dollars, but it sounds different coming from the mouth of a humble high stakes crusher amidst what could be the opportunity of a lifetime.

The Confidence of a Champion

Long before Sam’s name was mentioned in the same breath as Jason Koon, David Peters, and Stephen Chidwick, he was “the brother of”. Max, Sam and Luc’s older brother, won a WSOP bracelet in 2008 for $693,392 and up until recent years, it was universally assumed that Max was the best of the three Greenwood brothers.

But times have changed as Max is no longer a regular on the tour while Luc and Sam have made massive strides. Max is now the third highest grossing of the Greenwood clan, Luc overtaking him earlier this year while Sam leaped former Main Event winner Jonathan Duhamel for the second overall spot on the Canadian all-time money list this year.

Since 2015, Sam has cashed for at least $2 million per year in live events and nearly $6 million in 2018. To date, in 2019, Sam ranks third on the Money List behind only Bryn Kenney and Paul Phua. A win in the 2019 Main Event would put Greenwood on a pace only 2018 Justin Bonomo would be able to keep up with and he’s carrying all that confidence with him on this rollercoaster ride that is the Main Event.

But while everyone standing on the rail and following the coverage on ESPN and PokerGO can get lost in hypotheticals and potential storylines, for Greenwood it’s all about staying focused, getting as much rest as he can, and tuning out the noise.

“I’ve never gone deep in a tournament where the rail is rowdy, it’s been crazy but it’s only going to get crazier and crazier the deeper we go. For me, things went very smooth on Day 5 and I can definitely feel that this tournament is different from the others.”

The Opportunity of a Lifetime

Today, on Day 6, 103 players return with dreams of the final table but by the end of tonight, only three tables will remain. Surviving Day 6 will guarantee a $324,650 payday but that’s still easily 14 hours of play away from where the event stands right now. Fatigue is setting in, decisions grow bigger with every pay jump, and Greenwood believes that his advantage over the competition grows by the hand.

Greenwood brought up some hands he witnessed on Day 5, indications of some lesser experienced players deciding to make a stand after a few rough hours, but he’s determined and confident he will make the most of this big opportunity.

“No matter how successful you are, you only get a limited number of shots like this and hopefully I can cash in on this.”

Watch the WSOP Main Event on ESPN and PokerGO. Tune in for Day 6 coverage on PokerGO from 3:00 pm local Las Vegas time until 1 am.