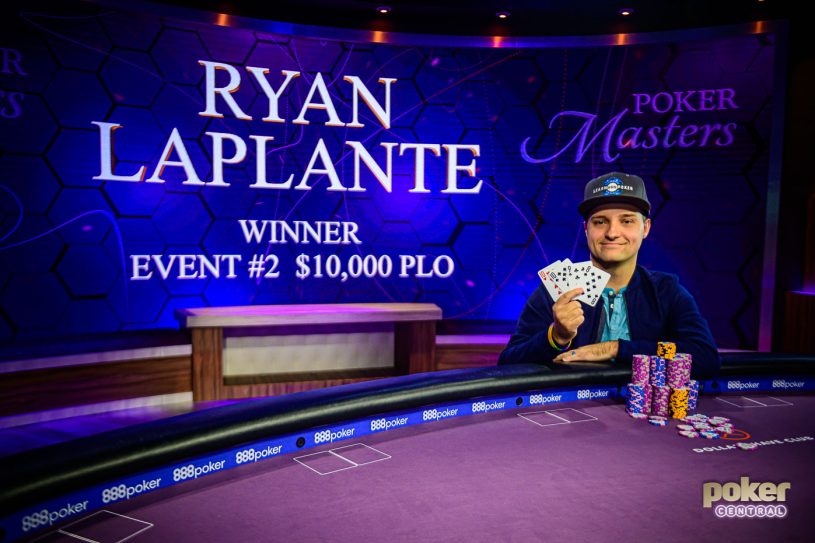 Ryan Laplante after winning Event #2 of the Poker Masters.

About his experience at the PokerGO Studio and playing against tough fields in this setting, Laplante was over the moon.

“This event is made for degens and it’s just so much fun. The entire layout, the way players are treated, everything about it is just amazing. This is an elite series. I love to compete, I was willing to play it so that means I thought I could do well. Thinking that means I thought I had a small edge, not that I would actually have a great series, and winning the second event is just such an incredible experience, it’s pretty amazing.”

Looking ahead at potentially grabbing the Purple Jacket, Laplante was conservative with regards to allowing himself to dream about adding an epic title to his poker resume.