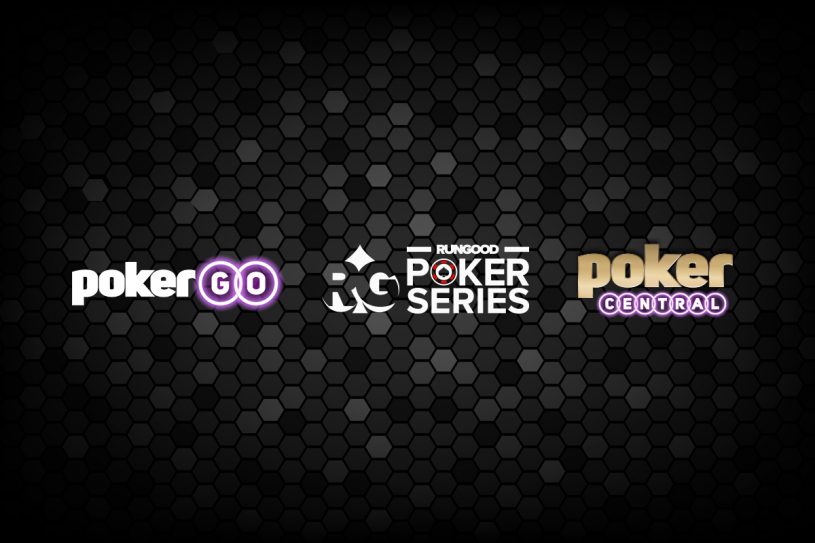 All Stars Presented by PokerGO brings an unique experience to RunGood Poker Series players in 2020.

The “All-Stars Presented by PokerGO” season will host and award tournament seats to a 64-player capped event streamed from inside the PokerGO Studio at the ARIA Resort & Casino in Las Vegas. Half the field will qualify through the tour while the remaining spots will be filled by invitees of PokerGO and RunGood that include poker professionals, industry personalities, and celebrities.

Read all about Showbound on PokerGO as the RunGood Poker Series made dreams come through in 2019 on Poker After Dark.

This season will mark the tour’s biggest schedule to date with two new locations that will take the series out West, Jamul Casino in San Diego and Thunder Valley Resort in Sacramento. Each stop will award two $550 seats into the end of the year Pro-am Event. One to the Main Event winner and the other to the Casino Champion Points winner. Live reporting of all the action will once again be provided by PokerNews.com.

The theme is set to have tons of player involvement as each room will vote in a “Name Your City’s Poker Team” campaign prior to each stop. The logo will then be professionally designed by RunGoodGear.com with the reveal of the winning name on “Opening Night”. Players can expect plenty of promotional items to celebrate the week.

The theme will run throughout Spring and Fall 2020. Spring dates are noted below while dates for the Fall will be announced in the coming months:

“Following the success of Showbound’ earlier this year, we’re ready to raise the stakes and highlight more heroes from the RunGood Poker Series,” said Sam Simmons, president of Poker Central. “’We’re excited to welcome ‘All-Stars’ from across the country to the PokerGO Studio to compete on poker’s greatest stage.”

“Getting to send two players from the tour last year to be on ‘Poker After Dark’ was a dream experience. After wrapping up, my first thought was let’s share this ride with more. The brilliant minds at PokerGO and I went into the tank and came out with something magical,” said Tana Karn, president of RunGoodGear.com, owner of the RunGood Poker Series. “The stage is set for one heck of a party.”

Detailed schedules for each stop on the tour will be announced at a later date. Winners will look forward to an event set to be talked about in rooms for years to come. Further details will be available on the RunGood Poker Series website.