You are here
Home > Home > Remember when Viktor Blom was on Fire? 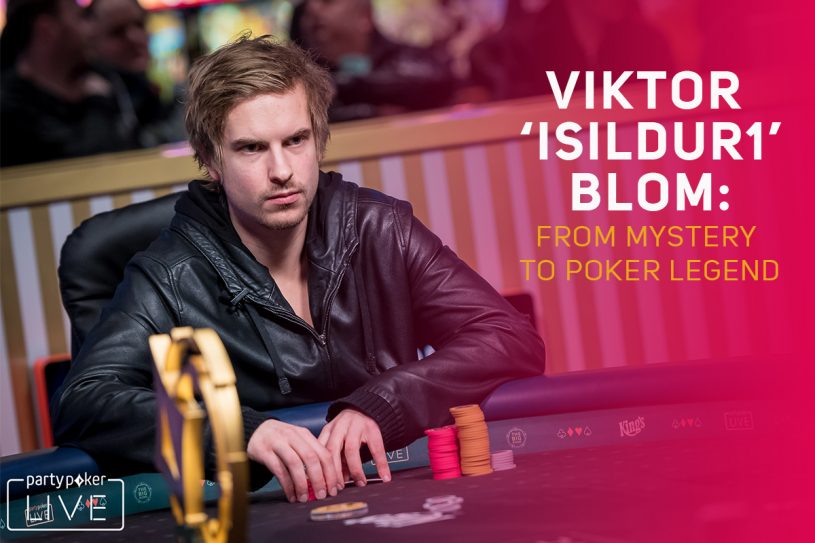 Viktor 'Isildur1' Blom is a poker legend no matter how you slice it. Here's why.

The story of Viktor Blom is one of the best in all of poker. A prodigious talent comes along in poker more commonly each year, but when ‘Isildur1’ emerged onto the poker scene, it wasn’t in the live arena, but online. In an age of bullish online personalities, isildur1 was able to take up the durrr challenge and come out of sessions with seven-digit scores of profit as well as heavy losses.

At one point, a game against Patrik Antonius saw Blom lose $3 million in a single day, at the time a record loss for an online poker player followed by a dramatic session versus Brian Hastings that cost him a staggering $4.2 million. Despite these enormous and highly publicized losses, Blom is still widely regarded as one of the biggest online winners as well as one of the most talented players to ever grace the online felt.

Time after time, however, Blom showed that he was able to mix it with the best, and that ‘isildur1’ poker was the new way to play, fearlessly and without giving an inch. How Viktor Blom, poker player, came onto the scene was a reveal worthy of a magician.

Viktor Blom – or isildur1 as he was known then – was an online phenom, but an air of mystery surrounded him despite his rising reputation. Who was this young player who kept winning at the nosebleed stakes? He was a quiet, mild-mannered Swedish player, as it happened when the young man decided to move across Europe, to London, he took a professional assistant to help him with the rest of his life, so that his focus could be playing, and winning. Win he very much did. Before long, Blom attracted the attention of the poker brands, and, having turned 21, he was a huge commercial asset as well as a great poker player. But who would land him?

At the 2011 PokerStars Caribbean Adventure, Blom was announced as a PokerStars Team Pro under his own name, and to much fanfare. Within a year, however, Blom had become a Full Tilt Pro instead, switching from PokerStars to the site it had bought out. Blom’s success at the live felt included a huge win for $1.2 million when he won the PCA super high roller, but it was also the year he ceased to be a PokerStars Team Pro. Blom needed a brand less than most players however and was still a fixture in high roller tournaments and, of course, cash games. At one such super high roller in London, the ever-shy Blom was at a table of legends in a £100,000-entry event, wearing a black shirt with what looked like white dots on it. When one player looked closer, he saw that they were skulls. Blom was asked why he was wearing such a shirt, but a tablemate answered for him.

“It’s one skull for every one of the opponents he’s busted!”

Much laughter, as the shirt was flecked with thousands of skulls. From Blom, a polite smile, a shrugging off of his preceding reputation.

Blom’s progression in his career since leaving PokerStars and Full Tilt is hard to really evaluate. His live wins have been amazing by some standards, by others sporadic. His online performance has always been surrounded by mystery. Who knows how much he has won or lost when the man himself is unlikely to be able to guess within six figures?

In live terms, Blom was bubbling under the radar for some time before he went to Germany in February 2018 to play the partypoker MILLIONS Main Event. At the end of the event, having outlasted 925 others, he took on Pavel Plesuv for the title, and in a moment befitting Blom’s mysterious nature, the final hand saw Blom hero-call to win the tournament outright. It was a spectacular call, one which sent a message to the world that the superstar, the enigma that is Viktor Blom, was still very much alive and kicking.

Where will Viktor Blom steal the headlines next? No-one knows, least of all the man himself, but with his life in poker so far, wherever it will be, it’s bound to be for the biggest prize.

You can watch the biggest buy-ins, the greatest drama, and all-year-round excitement by subscribing up today to PokerGO for 24/7 to the world’s best poker content. Check out the upcoming partypoker LIVE events right here.