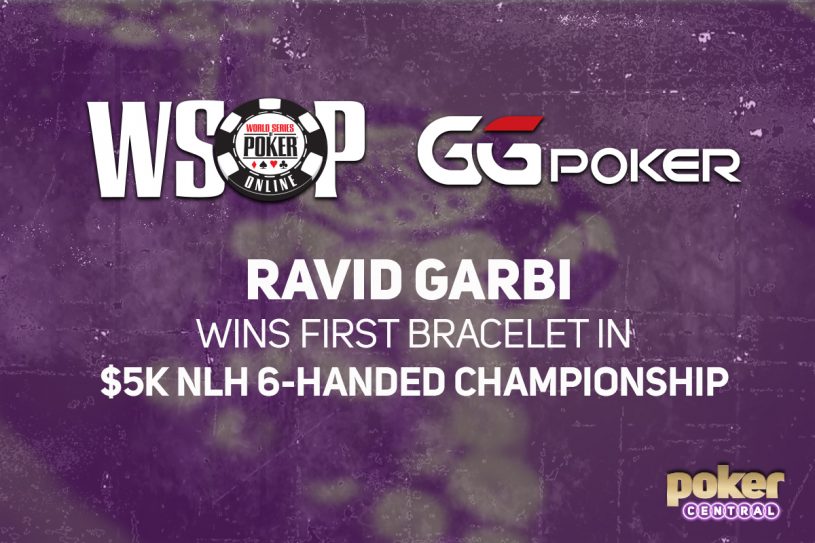 Following the elimination of Kathy Sathaphan on the bubble, the final 98 players were in-the-money as the likes of Daniel Negreanu, Brandon Adams, Connor Drinan, Ami Barer, David Peters, Bertrand Grospellier, and Davidi Kitai were all eliminated before the final table of nine was set. Mikita Badziakouski held the chip lead before Alan Schein fell in ninth-place when he shoved third pair into the top pair of Urmo Velvelt. Andy Lee would be the next to fall when he was eliminated by Ludovic Geilich as Badziakouski exited in seventh to Velvelt.

Shyngis Satubayev found himself all in holding jack-ten, but would run into the pocket queens of Garbi to fall in sixth. Geilich was the next to fall when he was all in with ace-eight, but would be outdrawn by Velvelt’s queen-ten. Velvelt however, would exit next in fourth-place when he was all in on a seven-high flop with an overpair, but ran into the two pair of Garbi. No help arrived, and the tournament was down to three-handed play.

Preben Stokkan would see his run end in third when he ran into the aces of Garbi. Garbi entered heads-up play with a better than two-to-one advantage over Moorman. The two went back-and-forth before Garbi edged out his biggest lead of heads-up play to sit with nearly a four-to-one advantage. Then final hand would see Moorman all-in holding queen-ten against the king-eight of Garbi. The board blanked out, and Garbi’s king-high saw him crowned the Event #58 champion.

Wednesday will host Event #59: $2,500 Double Stack No-Limit Hold’em, while Thursday will see the Event #60: $525 Bounty No-Limit Hold’em 6-Handed before a total of five WSOP bracelets are awarded on the weekend.