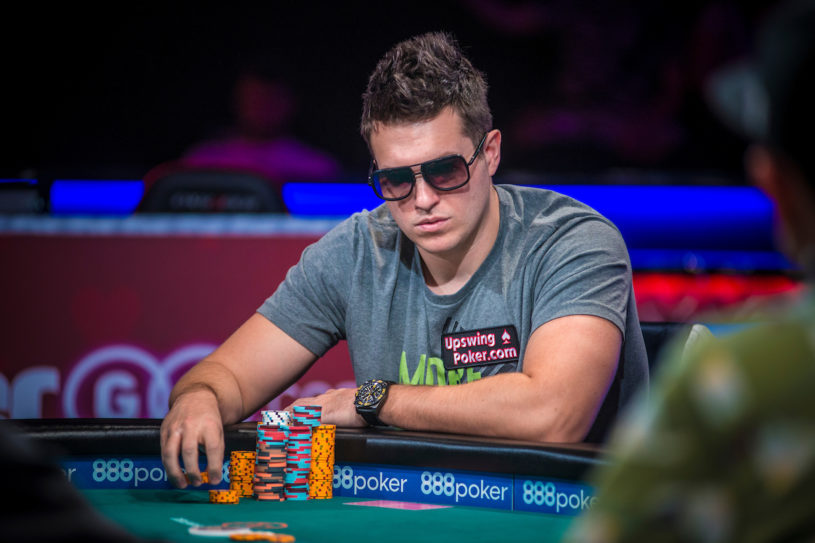 The biggest event on the World Series of Poker schedule is full of big names and rightfully so. The $111,111 High Roller for One Drop price point doesn’t exactly make the event attainable for the average poker player and with just a handful of tables remaining in the High Roller for One Drop, the field is riddled with a who’s who of high-stakes regulars.

Antonio Esfandiari, who won the inaugural $1,000,000 buy-in The Big One for One Drop, just entered the last break near the top of the chip counts and the dream of a 15th career bracelet is still alive for Phil Hellmuth at the feature table. Heading to break though, those living legends weren’t the ones drawing the most attention from the rail but that’s because they aren’t leading poker’s fastest growing army.

That fearless leader is Doug Polk. Over the last year, Polk has turned himself from a high-stakes professional who didn’t concern himself with the poker community he was a part of, into someone that is one of poker’s most recognizable names. How has Polk done it? Through a combination of his online training site, UpswingPoker.com, fan interactions through social media and a growing passion for his new role.

“For a long time, I didn’t really care what people thought of me. I mean, three years ago I didn’t even have Twitter.” Polk joked when we caught up to him during the most recent High Roller for One Drop break. “It’s been a real change but I really enjoy what I’m doing now. My life is more balanced, I still play poker but now I get to interact with fans, create content and every day is a new challenge.”

Today’s challenge, one of the tougher fields that will come together in this year’s World Series of Poker. So far though, despite some tough challenges with tough table draws, Polk has done well and has seen his stock rise throughout Day 2.

“I’ve been taking it one hand at a time. I think people focus too much on getting your hopes up; it’s a tournament, you can die at any minute.” Polk said, before adding, “I’m excited to be in this position but I want to just keep playing my game and go from there.”

So far, that game has pushed Polk near the top of the leaderboard with two levels remaining in Day 2. He is certainly excited about that position and his fans on the rail are as well.

Polk spent much of the most recent break talking with players, filming another vlog and taking some pictures with supporters and fellow Upswingers before saying, “I’m leading them into battle, I hope everyone can win the war!”

For some, that war is the $565 buy-in Colossus, for others it is the cash game they’ll play after railing their favorite high-stakes professional but for Polk, that war is the $111,111 buy-in High Roller for One Drop. Polk has won a few battles so far and if he can continue to be victories, Upswing’s five-star general could add another badge to his already decorated uniform.

Watch all the $111,111 High Roller for One Drop action on PokerGO, with play streaming through the end of Day 2 and until a champion is crowned on Monday night.