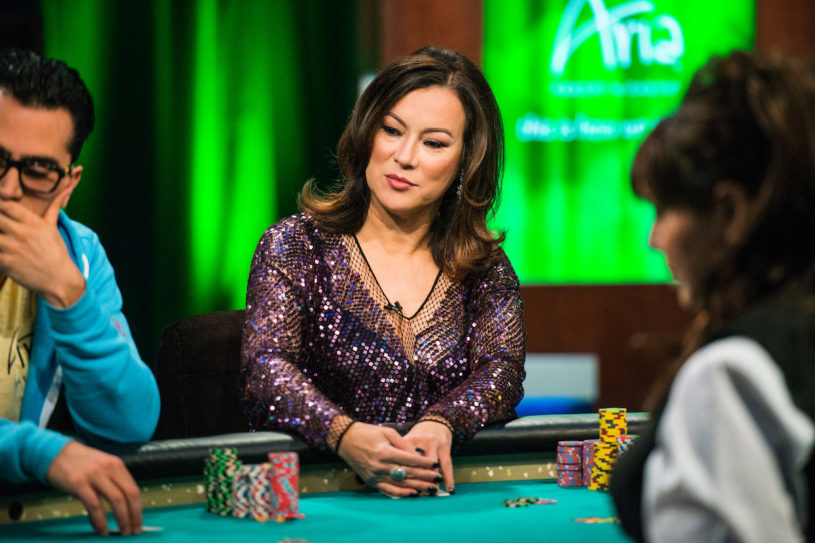 Jennifer Tilly has been a staple in the poker world for the better part of the last decade but began her career as an Hollywood actress. (Photo: Poker Central)

While most people spent the summer submerged in PokerGO live streams and event replays of World Series of Poker events, tons of original content also debuted on poker’s premier subscription platform. That original content is available on-demand and after the first of many new Pokerography episodes dropped earlier this summer, the roll-out continues with more this week.

Pokerography gives fans a unique look into the lives of poker’s biggest names and Jennifer Tilly, the Hollywood actress turned high stakes regular, is the focus of the newest Pokerography episode. The poker celebrity’s life had nomadic and rural beginnings but even at a young age, Tilly knew that she wanted to be an actress.

Music and theatre allowed Tilly to express herself throughout high school, before moving to Los Angeles to pursue her Hollywood dreams. There, she quickly found her footing on stage and on camera. Tilly has been nominated for an Academy Award and starred in dozens of films, including Bride of Chucky and Bullets over Broadway, while also doing extensive voice-over work and starring in multiple Broadway shows.

Tilly then found another passion to compliment her career as an actor, poker. At first, Tilly may not have gotten the respect she deserved from other poker professionals but she quickly showed the poker world what she was made of. Since diving headfirst into the game, Tilly has been a constant in some of the biggest cash games Las Vegas has to offer, including Poker After Dark and a variety of other televised poker productions. Tilly also won a WSOP gold bracelet in 2005 and is the better half, no offense Phil Laak, of poker’s power couple.

For Jennifer Tilly’s story and insight into how she juggles being a Hollywood actress and high stakes poker player, check out the newest Pokerography episode and learn more about your favorite poker players, from Jason Somerville, to Maria Ho, to Brian Rast, Jason Koon and more, exclusively on PokerGO.