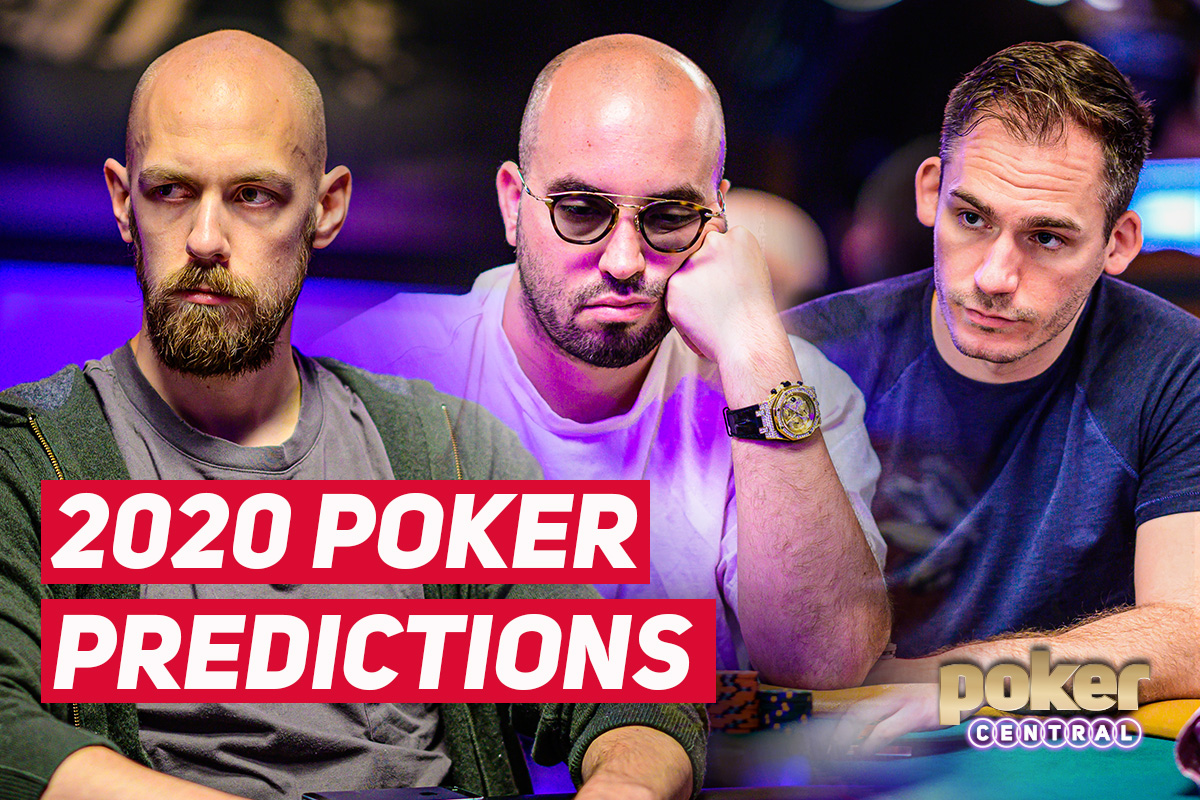 Poker is an ever-evolving game. Unbeatable, unbelievable at times, the game we all know and love will undoubtedly change again during the next year of action.

From the World Series of Poker to the Super High Roller Bowl, there are bound to be differences when we look back at the drama in a year’s time. But what will they be? We’ve taken a look into our crystal ball and given you some 2020 poker predictions to enjoy well after the New Year.

There’s no doubt that high roller and super high roller tournaments are more popular now than they’ve ever been. Poker fans love to see the best players at the felt, and in a year that saw more Super High Roller Bowl action than ever before, players such as Stephen Chidwick and Sam Soverel have become even bigger superstars than they already were before our eyes.

With at least two or three high roller events being part of most recognized poker festivals, the longevity of the game has been helped by the growing reputations of so many big characters playing high rollers on a regular basis. Every poker fan you speak to now has a favorite and that player more than likely crushes high roller events like they do big-field MTTs.

MORE WSOP EVENTS THAN EVER BEFORE

While the full WSOP schedule of events hasn’t been released as yet, it would surprise us if it wasn’t bigger and better than ever. With 90 events taking place in 2019, the first year of 100 events in the World Series is possible.

After the huge success of the WSOP Online bracelet events in the summer, another bumper selection of tournaments both in Las Vegas and online look set to break records on the Golden Anniversary of the world’s favorite poker festival.

2019 was the year when Game Theory Optimal (GTO) Poker went viral, with poker players adopting the strategy more and more. The game’s best players discussed the way GTO works for them – Stephen Chidwick being just one example – and others such as Fedor Holz and Matthias Eibinger even designed a Pokercode app to help players develop their GTO game.

If there’s one poker innovation waiting to happen, it’s reactive poker. Whatever GTO is, combating it move per move might be the best tactic any high roller could apply to their game. If Reactive Poker isn’t in a battle with GTO by the end of 2020, then there might be someone more in the know than us, which is hard to believe.

While it may seem unlikely, given Bryn Kenney’s incredible dominance in 2019 which saw him take the number one spot from Justin Bonomo, the fact that there are more super high rollers leads up to think that the overall All-Time Money List lead will change hands in 2020.

The likelihood is that the popularity of the highest-entry events makes it more and more possible to win more money. There are no entry fees taken into consideration on the official Hendon Mob rankings, so tournament totals are going to rise exponentially. While the lead may change hands, don’t rule out that happening multiple times. With Triton events, more Super High Roller Bowls than ever and high roller events at the WSOP likely to include mega buy-ins on the 50th Anniversary of the Series, we can see Bryn Kenney being overtaken at the top… then grabbing back his all-time lead after an even bigger win later in the year.

There’s only one way to stay in touch with the latest events, news and changes that poker brings in 2020 – by signing up to PokerGO. Watch the biggest events, live-streamed cash games and special PokerGO broadcasts throughout the next 12 months. You won’t want to miss a thing.