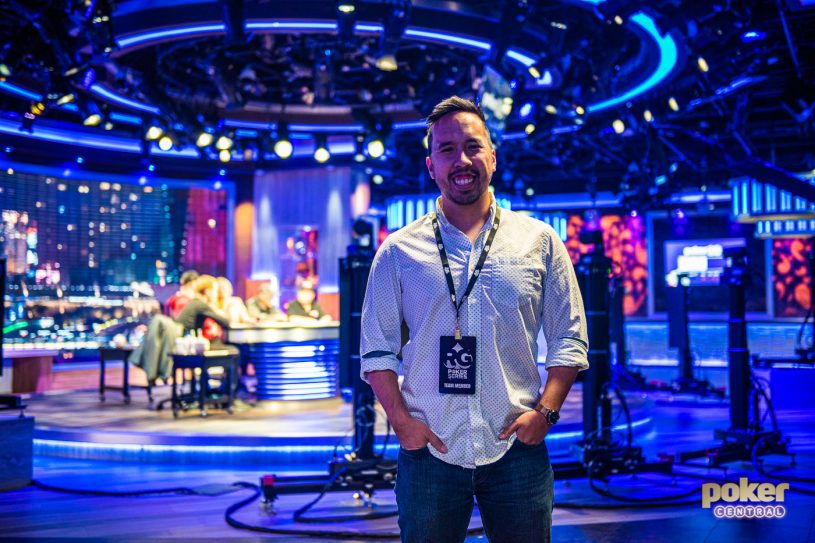 Tana Karn pays it forward during the global pandemic the world is currently experiencing.

As the global COVID-19 outbreak spread and much of the poker world was moved online out of necessity, many players, fans and tour operators settled in for a period of respite and cooperation.

Tana Karn, owner of the RunGood Poker Series and RunGood Poker Gear among other brands had the desire to help, which led to him creating the Keep the Lights On initiative to help freelance poker workers affected by the loss of earnings during this time. It’s already been an enormous success.

“The fundraiser went above and beyond expectations!” Karn tells us. “The goal was set at $4,500 to be raised and we are on pace to more than five times that [amount]. We just considered launching something positive out into the poker community a success. A lot of credit needs to go to PokerGO and Global Poker for answering the call. A lot of individuals from each company were involved in getting the idea from late-night talks to where we are now. It is a testament to how much heart everyone put in.”

To date, $29,500 has been raised with the Keep The Lights On initiative, donations can still be made via this link.

It isn’t that Karn has been unaffected by the closedown himself. He and his family have dealt with a number of changes that have impacted them all in different ways.

“When the pandemic hit the U.S. a lot of things instantly changed, including the closure of restaurants,” says Karn. “My family owns and has operated for the past three decades two restaurants in Tulsa. It was a scramble figuring out how to keep everything afloat when the city was asked to shut down. I was lucky enough to have another family, my poker family, to help carry us through those first two weeks with call-in orders for fire stations, police stations, hospitals, and grocery stores. I asked, “How can I say thank you?”, the response was, “Just pay it forward.” The Keep The Lights On initiative is my way of answering the call.

Thank you. ♥️ Typing, deleting, and typing to find the right words to explain the impact of this. Going to take some time tonight and make sure every word counts. Gestures like this in times like these is how I know we will all be ok & our story doesn’t end here. #OnePokerFamily https://t.co/nC1dadZ5GX pic.twitter.com/pch2VsT8Ip

Having already raised so much money, the initiative is sure to help many more people over the coming weeks. Karn is rightly proud of this fact and has used the platform afforded to him by the success of the RunGood Poker Series in such a positive way. Earlier this year, on March 6th, the popular poker tour won a Global Poker Award. What is it that makes it such a popular tour?

“It is a mixture of things really. We have gotten incredibly lucky in certain spots growing up as a tour and have made sure to make the most of them,” confirms Karn. “The atmosphere of each tour stop really helps set us apart. The themes each season, ambassadors at each stop, and players that follow the tour all create an environment centered around having a good time. The RunGood staff and I all work towards the goal of delivering a big stage experience at an affordable buy-in.”

As many businesses have found in these challenging times, prioritizing businesses that can stay afloat and help others is the way to go, which has meant that RunGood Events has slow down a little.

“We have been fortunate enough to have a business model that can weather the storm of what is going on in the world. We will probably see RunGood Events slow down a bit as it functions side by side with the main tour, the RunGood Poker Series. The silver lining to it all is now we have more time on our hands to plan further ahead and dream bigger for when it is ready to get back in action.”

Weathering the Storm & The Future of the RunGood Poker Series

One of those innovations is the forthcoming potential for RunGood Poker Series players to feed directly into Poker After Dark. It’s an idea that has captured recreational players’ aspirations.

“For as long as I can remember as a poker player, being able to play on anything that was filmed was exciting.” Karn believes. “Add the fact that it is filmed by the same company that films for the World Series of Poker, overseen by the legend Mori Eskandani and in the PokerGO Studio where some of the biggest pots are played. It is a perfect storm to appeal to any poker player.”

The atmosphere of the RunGood poker ‘family’ and that fun, friendly feel to their events is clearly something that is very important to Karn personally. In this time of being kept from live poker tours, that social element is something the RunGood Poker Series owner believes players miss the most.

“For me personally, I always looked at poker as a social outing. I think there are many who feel the same.

Every poker tour changes, but how the RunGood Series will change in the coming years should be fascinating. Will they stay at the mid-stakes level or is growth likely to redefine the stakes and profile of the tour?

Whenever the RunGood Poker Series returns, it’s sure to be a big hit with players who are at the mid-stakes level. With the best of those players making it into a Poker After Dark game before too long, the possibilities are endless for one of poker’s chief innovators.

You can watch classic episodes of Poker After Dark right now by subscribing to PokerGO and get $10 off! and accessing the world’s best poker content across multiple devices around the clock. Follow Tana Karn on Twitter.