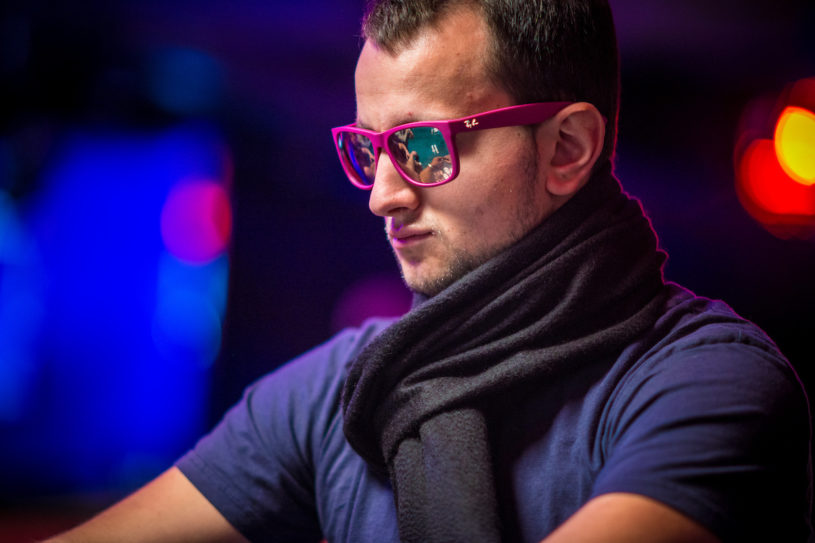 Rainer Kempe should feel right at home during the Poker Masters at ARIA, where he won the 2016 Super High Roller Bowl for $5 million. (Photo: PokerPhotoArchive.com)

The countdown to the highest stakes week of the year has begun and over the next seven days, Poker Central will prepare fans for the first-ever Poker Masters series. The five-event high stakes series will be streamed exclusively on PokerGO and the action starts September 13th and concludes with the Poker Masters Purple Jacket™ presentation on September 20th.

Many of those players are still going to contend but now that we have a better idea of who will be competing in this week’s Poker Masters series, here is our top-five, in no particular order, heading into Wednesday’s opening event.

There will be millions of dollars up for grabs throughout the Poker Masters series but Daniel Negreanu is the only player that stands to profit on top of the prize pools if he is able to claim the Poker Masters Purple Jacket™. After coming off his best-career World Series of Poker, Negreanu looks like he is coming into the Poker Masters with tons of confidence, betting $50,000 against some of the world’s best in must-win bets that should motivate Negreanu and others to play full schedules and remain competitive throughout the week.

Since the debut of Poker After Dark, few players have been as competitive as Jason Koon. The high stakes specialist was spectacular during “Rumble with Jungle” week, winning the opening $50,000 sit and go and notching good results in both $300/$600 No Limit Hold’em cash game sessions. Koon, pictured above, has also recorded a handful of ARIA High Roller podium finishes over the last two months, meaning he comes into Poker Masters with tons of momentum.

While dozens of players have claimed ARIA High Roller titles over the last few years, Rainer Kempe, pictured top, is only one of three players to win the big one. Kempe won the 2016 Super High Roller Bowl and since that $5 million victory, the German has returned to the ARIA winner’s circle twice and pushed his career earnings over the $10 million mark. Across a five-event series, Kempe will have plenty of opportunities to showcase his talents and as one of the only players coming into Poker Masters with sisu and past ARIA success, he should feel right at home.

Compared to last year, when he amassed over $7.5 million in tournament earnings and won GPI Player of the Year honors, David Peters, pictured above, is having a relatively quiet 2017 campaign. That is all going to change during Poker Masters though. This is around the same time that Peters started gaining Player of the Year momentum last year, after it looked like Fedor Holz was a shoe-in to win that title. Through the final months of 2016, Peters was a silent assassin, quietly traveling the globe and churning out results, before finally doing enough last December to officially earn POY honors. The always consistent Peters will likely keep his quiet table demeanor through the course of the Poker Masters series but just like last year, his results through the back-half of the year could make some serious noise.

Much like the previously mentioned Peters, Erik Seidel lets his results do the talking. The Poker Hall of Famer has amassed over $32 million in live tournament earnings throughout his career and over the last decade, has become one of the best and most consistent High Roller players. The New Yorker is the only player to final table two Super High Roller Bowl events, notching cashes in the 2015 and 2016 versions of the event, meaning that Seidel has had his fair share of success at ARIA. The story of how Seidel became one of the world’s best players is told in the newest Pokerography episode and he will try to add another chapter to his storied career during Poker Masters.