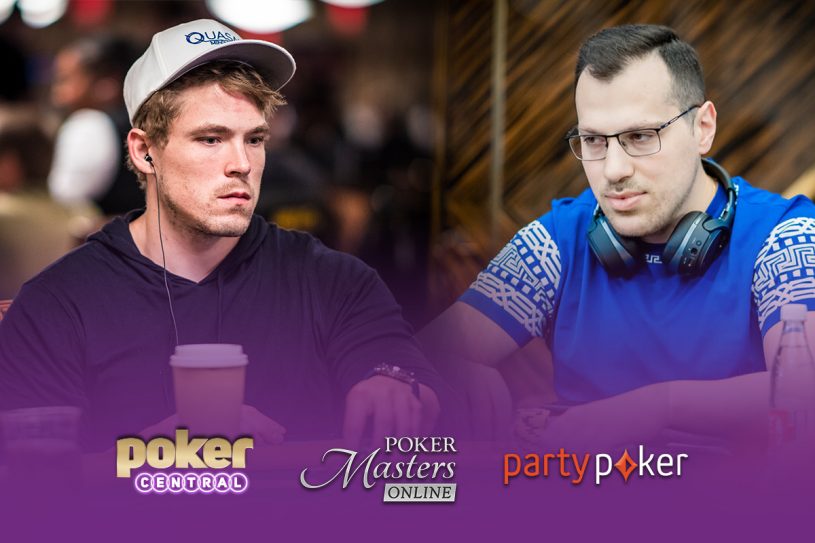 Alex Foxen and Artur Martirosian are the two top contenders for the Purple Jacket!

The race for the Poker Masters Online Championship, its $50,000 top prize and the coveted Purple Jacket couldn’t get any more exciting as last night many top contenders gathered crucial points! Artur Martisorian from Russia grabbed the lead from Pauli Ayras while Alex Foxen jumped six spots into second overall. Last night’s event winners were Dan Smith and Sebastian Lewin who collected $511,875 and $240,860 respectively.

Watch last night’s final table action on the Facebook Live stream hosted by Jeff Platt and Brent Hanks. Tune in daily at 9pm ET to watch that day’s action unfold. Tonight a $25,000 6-max PLO event is on tap along with a $10,000 No Limit Hold’em event. The full Poker Masters Online standings can be found here.

The first event of the night was another $25,000 No Limit Hold’em event which brought out the biggest of guns including Mikita Badizakouski, Sami Kelopuro, Ole Schemion, and Adrian Mateos. None of those guys cashed but others in contention for the Purple Jacket such as Eelis Parssinen, Steve O’Dwyer and Alex Foxen did. The latter finished fourth after which Timothy Adams, now fourth on the standings, hit the rail. Dan Smith busted Artur Martirosian after a very entertaining heads-up battle and collected more than half a million dollars.

The second event of the night was a $10,000 No Limit Hold’em event which was won by the relatively unknown Sebastian Lewin from Canada. Lewin busted GPI No.1 Alex Foxen heads up while Purple Jacket contender Alexandros Kolonias recorded his 8th total cash putting him fifth on the current standings.