You are here
Home > News > Poker is the New Golf in Hollywood; Andrew Shack Explains 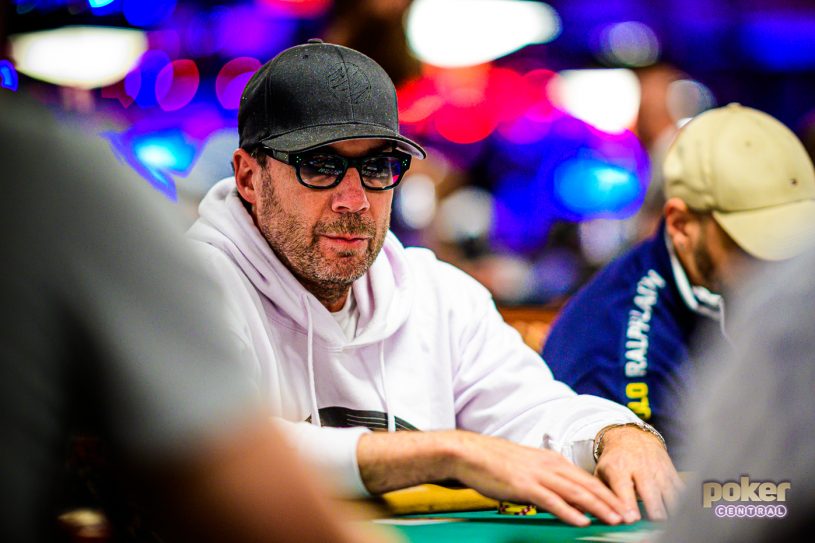 Andrew Shack on Day 5 of the WSOP Main Event.

Andrew Shack is a big name in the music industry. A former Executive Vice President and partner at Priority Records during the N.W.A. days and later a VP at Capitol Records, Shack’s career started back in 1991 after which he quickly rose up through the ranks. Working with artists such as Ice Cube, Snoop Dogg, and Master P, Shack has seen it all. Every summer, however, Shack battles with the best in poker during the Main Event.

Since the poker boom to a hold of America, Shack has been a big poker fan and player, and today he was eliminated in the Main Event in 346th place for $38,240 and we got a chance to catch up with him after he collected his payout.

Andrew Shack thoroughly enjoyed his run in the 2019 WSOP Main Event but unfortunately for him, the dream is dead.

“I’ve been playing poker for a very long time, and when you start getting deep in tournaments you get that special feeling of wanting to make the final table. From that point forward you’re always striving to get back to that position,” Shack said about his run in the Main Event this year.

Over the years, Shack has strung together some nice results, recording 14 WSOP cashes as well as three deep runs in World Poker Tour events since 2008. After finishing 231st in the Main Event back in 2010, Shack got close to improving his personal best this year. At the end of the day, however, it’s about the fun of playing above everything else for Shack.

“Poker seems to be the greatest game in the world,” Shack said, “In business, music, film, there are always new people coming up that just want to play poker. I’m always amazed by that.”

Aside from the World Series of Poker, Shack plays in a weekly home game in Los Angeles frequented by people from all corners of the Hollywood universe. But at those games, it’s almost more a social event than trying to beat your friends.

“Poker has taken on a mind of its own in Hollywood,” Shack said. “People used to go play golf to talk business, now we play poker. We play every week and it’s just the best.”

For Shack, it’s the people that make a game of poker into one of his favorite pastimes.

“Whoever it may be, when you’re playing high stakes with people that have the money to play, it’s really all about the fun and camaraderie. People win, people, lose, but they always come back because of the fun of the game.”

After briefly retiring, Shack is now putting all his passion and hard work behind  Liily, a rock band that he feels just as strongly about as when he first saw The Ramones and N.W.A.

“They remind me of Rage Against The Machine,” Shack said, as he’s trying to bring rock back to the top.

“I’m putting my entire life and existence behind making sure that rock becomes the focus of everything like we did with Hip Hop back in the day. We couldn’t even get Hip Hop to be played on the radio and then we changed that with Dre and Ice Cube and now it’s everywhere. Now we can’t really get rock played but I’m working on that.”