You are here
Home > News > Poker After Dark Studio Cut Episode 6 on Tonight at 8 p.m. ET 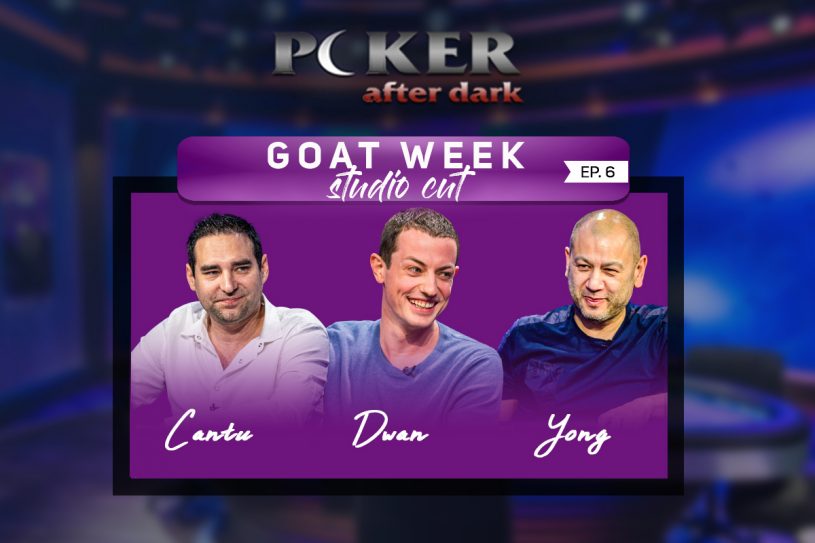 Poker After Dark is back with the sixth and final episode of “GOAT Week” Studio Cut premiering this Wednesday at 8 p.m. ET. Season 10’s “GOAT Week” has been split into six made-for-TV episodes headlined by 2008 NBA Champion and 10-time NBA All-Star Paul Pierce.

Episode 6 will be the final episode from the second night of play, and with it comes a line-up change as Sexton’s seat is now occupied by fan-favorite Tom Dwan. Pierce’s luck ran out and he made an exit midway through Episode 5, but in his spot sits Brandon Cantu as the “GOAT Week” action comes to a conclusion.