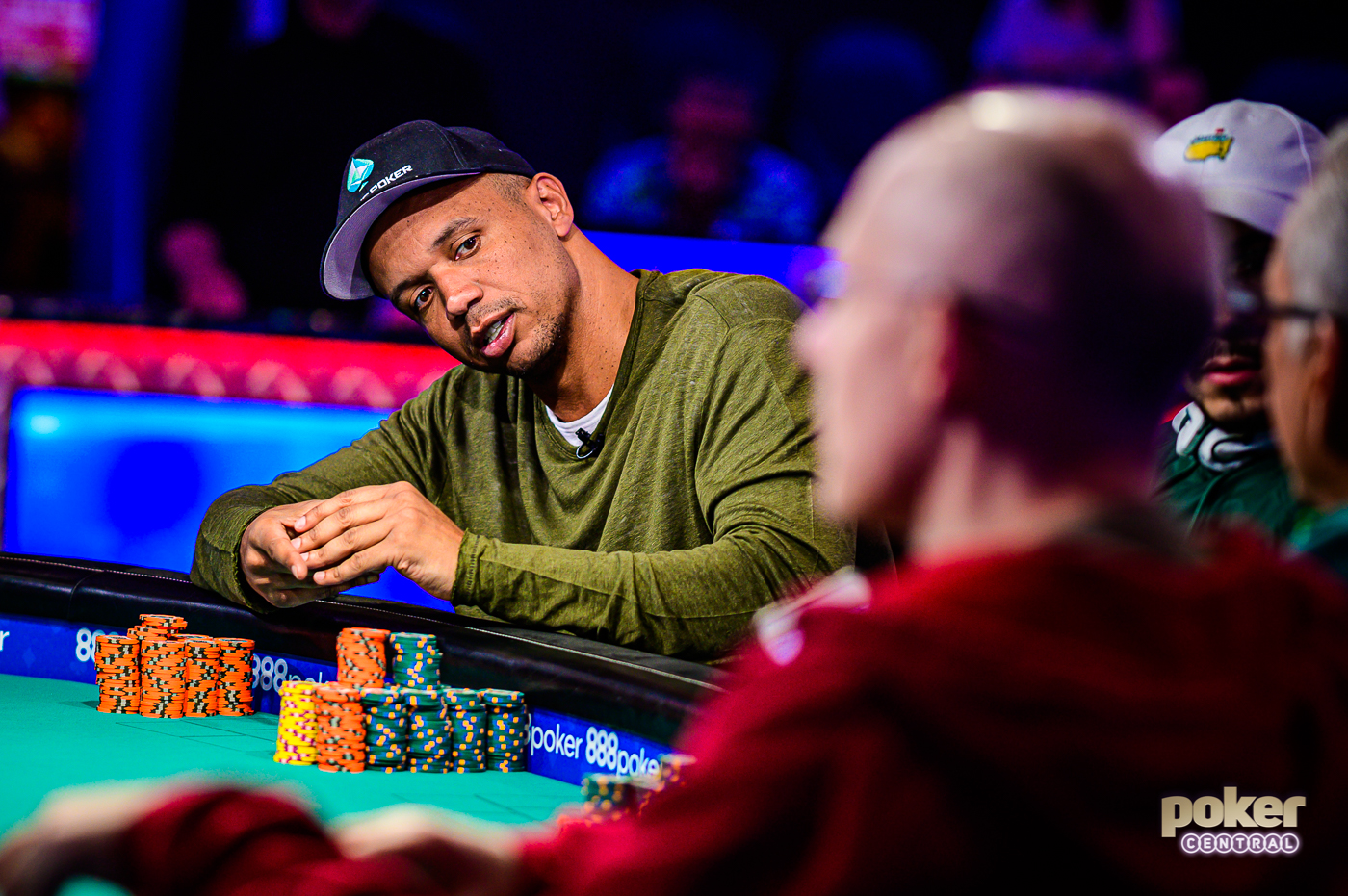 Phil Ivey at the feature table on Day 4 of the $50,000 Poker Players Championship.

A soft slow round of applause welled up from the Amazon room main stage as Phil Ivey shook hands with John Esposito, Phil Hui, and Daniel Cates before exiting poker’s most famous battleground. For the fourth time in his career, the game’s biggest star stranded with its most prestigious trophy within reach.

Albeit smiling as he walked off the stage, Ivey hung his head in defeat for just a few seconds before walking out of the room. The 10-time WSOP bracelet winner’s body language oozed disappointment as he started the day, with only 12 players remaining, as the chip leader.

As many stars of the game do, Ivey took a short left turn out of the Amazon room and headed straight for the back hallways. Slower than usual, Ivey pushed open the doors and disappeared into the night, $124,410 richer but lost out on another dream.

While the first two hours didn’t go particularly well, Ivey maintained his chip lead at the featured table while flanked by Shaun Deeb, Talal Shakerchi and the aforementioned three players. Shakerchi ultimately busted in 11th place in a hand that turned out to be very costly for Ivey.

On Shakerchi’s bust out in Stud Eight-or-Better, Ivey backed into a seven-perfect low while starting with a pair of jacks only to fold when Esposito bet with nines showing into an empty side pot. Given the boards, it would’ve been impossible for Esposito to have a low. The boards were as follows.

Ivey folded his perfect seven, Shakerchi was eliminated and Esposito continued to chip up. Then, Ivey got chopped up by Deeb and Cates in a hand of Stud Eight-or-Better followed by numerous clashes with John Esposito that didn’t go his way. Ivey then clashed with Cates in a big pot of Stud Eight-or-Better where both players started with a pair of aces in the hole. Watch the clip of the hand in player below.

Needless to say, @PhilIvey is not impressed. 😡😡😡

In the hour that followed, the stacks at the feature table drew closer at Ivey’s expense. Tabling eight-seven-six-five double suited on the river, Cates scooped Ivey on a six-ace-queen-nine-eight board as his nine-high straight and eight-seven low was good enough. After a one-hand resurgence, making a full house versus Cates and Deeb, Ivey started tumbling and basically didn’t win a hand after.

With eight players remaining, Ivey found himself near the bottom of the counts, unable to get anything going on his quest for bracelet No. 11. In a clash of short stacks, Ivey lost another chunk to Phil Hui when the latter made kings up to beat his seven-high board.

The downfall was completed when Ivey ran into yet another strong hand by Esposito to cripple him down to three big bets before busting out in Razz against the same player.

The final table of the $50,000 Poker Players Championship will stream live on PokerGO at 6:00 pm ET on Friday, June 29. Tune in to find out who will win the million dollar first prize and David ‘Chip’ Reese Memorial Trophy.