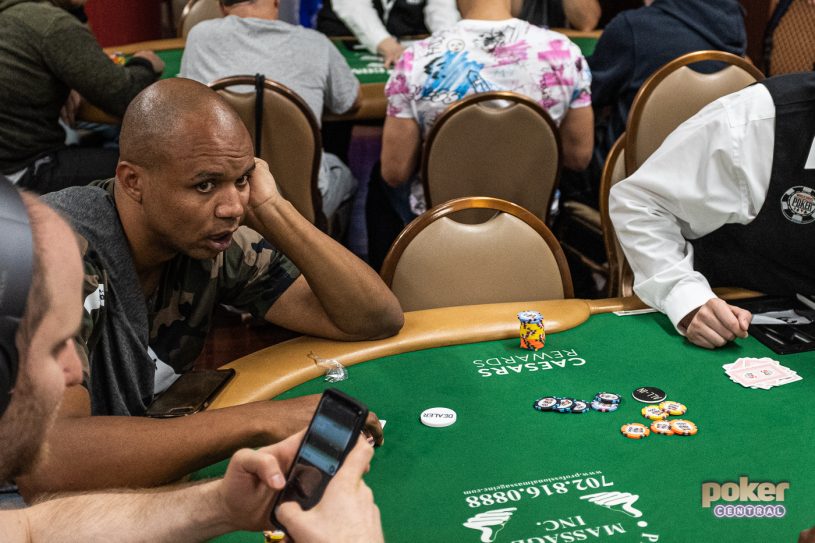 Phil Ivey all in and at risk in the first level of the 2019 WSOP Main Event.

Phil Ivey has an amazing track record in the World Series of Poker Main Event but he won’t be adding to that legacy this year. The 10-time bracelet winner was eliminated within the hour after showing up roughly 10 minutes late to his table.

From Sam Greenwood, who was seated on Ivey’s direct left we received word that the Hall of Famer bet three streets on a king-high board only to get called by kings to lose half his stack right away.

On his final hand, a player under the gun raised, the next player three-bet and Ivey called on the button after which the initial raiser called as well.

The board ran out blanks and Ivey was eliminated from the 2019 WSOP Main Event. There are 26 events left to be played for Phil Ivey if he wishes to chase his eleventh bracelet.