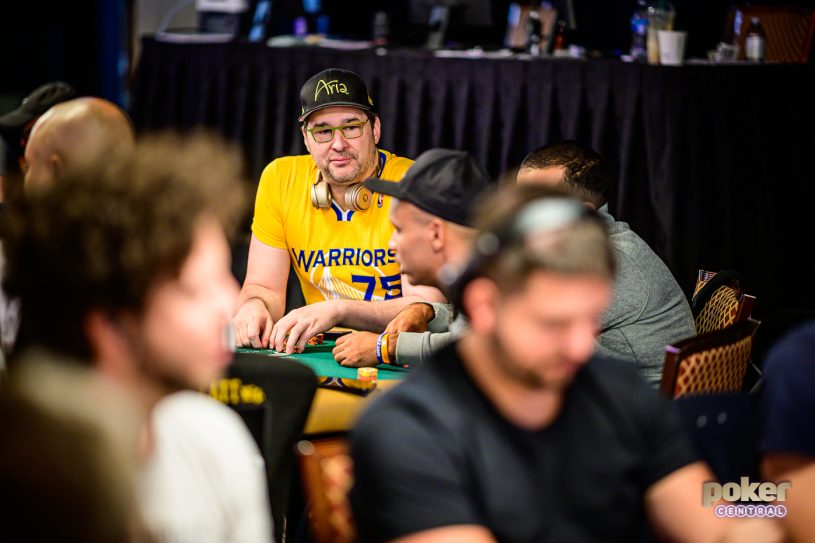 With two weeks of the 50th annual World Series of Poker in the can, there are still 70 WSOP bracelets to be won. While some are still dreaming of glory, others are looking at how the Series as a whole, could be improved.

There aren’t too many players in the world of poker who are more respected that Brian Rast, and the four-time WSOP bracelet winner has some modifications for the organisers to consider in the Poker Players Championship.

I’ve said it before and I’ll say it again, the Poker Players Championship should add 27nlsd and/or PLO8. It would decrease the limit to big bet ratio (it’s not called 8g after all, but the PPC!) and add popular, good game(s) that have their own 10k championships I might add.

When you’ve been playing at the World Series as long as Barny Boatman has, you’ll take any advice you can get, wherever it comes from.

Bought in for the PLO and the cashier exalted me to ‘Show then whippersnappers out there what you got.’
I must start using moisturiser.

HELLMUTH EXTENDS HIS OWN RECORD

Cashing in the World Series is on many players’ bucket lists, but for Phil Hellmuth, it’s just another day at the office.

In the money in @WSOP $1,000 No Limit Hold’em, my third cash in last four days, my fourth of the summer. My 141st lifetime WSOP cash, which is a WSOP Record. 2477 started, 372 players left, I have an above average stack #POSITIVITY #PHNiceLife pic.twitter.com/lXXv2kav0H

A FINE SALUTE TO WARRIORS APPROACHES

If you want to know what the WSOP bracelet looks like for the ‘Salute to Warriors’ event, then look no further. Maybe you’re a weekend warrior yourself? If so, make sure you go for this one.

LATEST IN THE WSOP PLAYER OF THE YEAR RACE

The latest WSOP Player of the Year Rankings see Dan Zack continue to hold a strong lead over the field and with his progress in the big-field Event #28, the $1,000 NLHE tournament. After a fortnight of action, it’s definitely Zack to beat, but several big players are making a move on the Top 10. Check out the full standings right here.