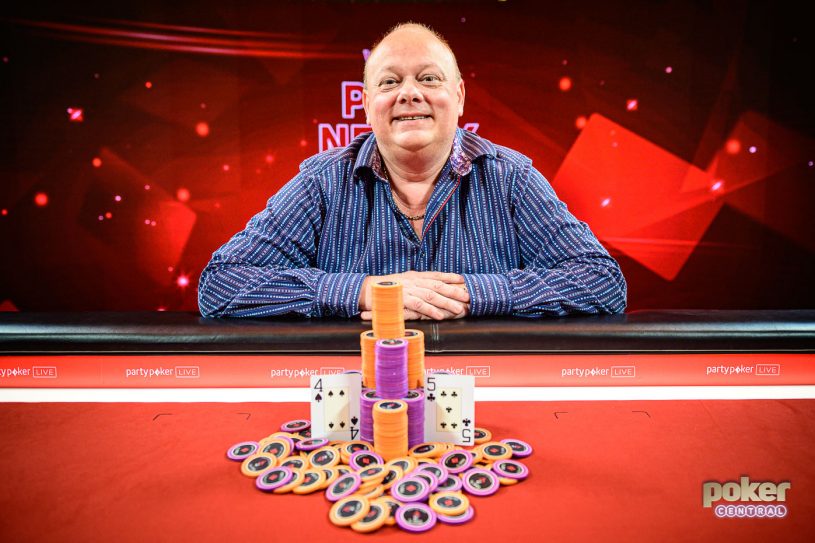 After a fast-paced final table saw all five of his rivals busted within just over two hours of play, Paul Newey became a tournament champion on the day before his 50th birthday as he took down Event #3 of the British Poker Open.

While the eventual winner Paul Newey folded many of his early hands, others had to move faster to gain ground. Cary Katz was in good shape with ace-nine when he moved all-in pre-flop against Belarussian player Mikita Badziakouski, who held ace-seven. But a seven on the turn spelled doom for Katz and Badziakouski forced himself back into contention.