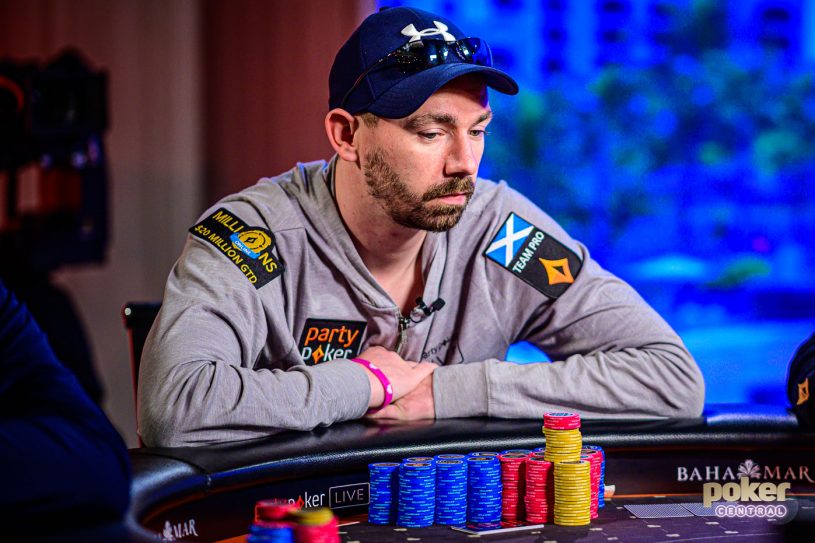 The penultimate day of the MILLIONS World Bahamas Main Event began with 135 players and after eight levels of play, 24 players bagged chips for tomorrow’s Caribbean Poker Party finale. The remaining field is stacked with talent – especially the top of the leaderboard.

partypoker pro Ludovic Geilich leads and is the only player over the 100 million chip mark. Geilich quietly built throughout the early levels of Day 3, before moving to the PokerGO stream where he was almost unbeatable. That rush never ended and now Geilich returns with nearly 100 big blinds.

Two POY contenders round out the top three. Aaron Van Blarcum – who currently leads the World Poker Tour’s Player of the Year race – and Alex Foxen – who is attempting to go back-to-back as GPI Player of the Year – maybe have been in different positions had a late bluff not resulted in both settling around the 80 million mark.

Spain’s Adrian Mateos find himself near the middle of the leaderboard and the former WSOP Europe Main Event winner is looking to make his second final table of the CPP. Mateos won the $25,000 MILLIONS Super High Roller for $520,000 earlier this week.

The final day of the partypoker LIVE MILLIONS World Bahamas Main Event will begin at 12:00 PM EST and the Poker Central Live Reporting team will bring you all the action as another partypoker LIVE champion is crowned.

Play is also scheduled to be live streamed on PokerGO – with action starting at 1:00 PM EST/6:00 PM GMT.

Follow the MILLIONS World Bahamas Main Event exclusively on PokerGO through your favorite devices and in the embedded player below. Can’t watch live? Catch the action on-demand at your leisure. New to PokerGO? Subscribe right now.