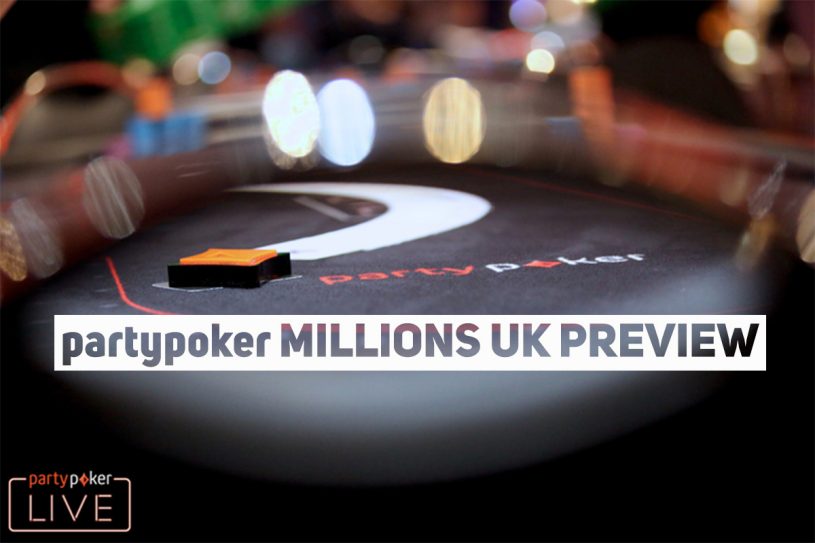 As tournaments to kick off the year go, the MILLIONS UK festival is going to do it in style. With the flagship partypoker live event coming at you from the second-largest poker cardroom in Europe, Dusk Till Dawn Casino in Nottingham, PokerGO will be bringing you all the drama, bust-outs and winner’s moments as they happen.

Best of all, if you’ve ever wanted to travel to the UK and play poker in a global location, you’ll never have had a better chance to win a major tournament in an iconic venue where your winning moment will be captured on film and preserved forever. What’s stopping you?

Dusk Till Dawn is a much-loved poker venue and has hosted some major events. The biggest winner at the venue is the Argentinian player Maria Lampropulos, who won MILLIONS UK for $1,382,844 back in April 2017, to the delight of a packed cardroom, particularly with the Ladies Event happening at the time. As all their entrants stopped playing just to chant Lampropoulos’ name, a moment of history was created and will be remembered forever.

The player who cashed the most number of times at Dusk Till Dawn is English player and Nottingham local Ashraf ‘Wadey’ Wahid, who has visited the cash desk after making the money in a ranking tournament a record 85 times at Dusk Till Dawn. He’ll be one to watch out for, and is almost certain to play, with a vibrant personality and a neverending supply of poker anecdotes.

ONE YEAR ON FROM A GREEK HERO

Last year’s MILLION UK Main Event saw Ioannis Angelou-Konstas crowned champion, the Greek player winning one of the toughest final tables ever assembled. From Irish legend Dara O’Kearney to Sam ‘Squid Poker’ Grafton and eventual runner-up and two-time back-to-back GPI Player of the Year Alex Foxen, it was an incredible battle for victory in the land of Robin Hood and Sherwood Forest.

This year’s schedule sees 10 events take place, with the Mini Main Event kicking off the action. With the Super High Roller and Main Event both signature events that will draw a huge rail both in terms of those in the casino and thousands of viewers on PokerGO, there are plenty of other events to enjoy.

There’s only one place to be to enjoy the action if you’re not at the tables, and that is by watching PokerGO. You can subscribe today for just $99 and enjoy a whole year of the best poker entertainment in the world, 24/7. Be part of the in-crowd and check out what’s on.