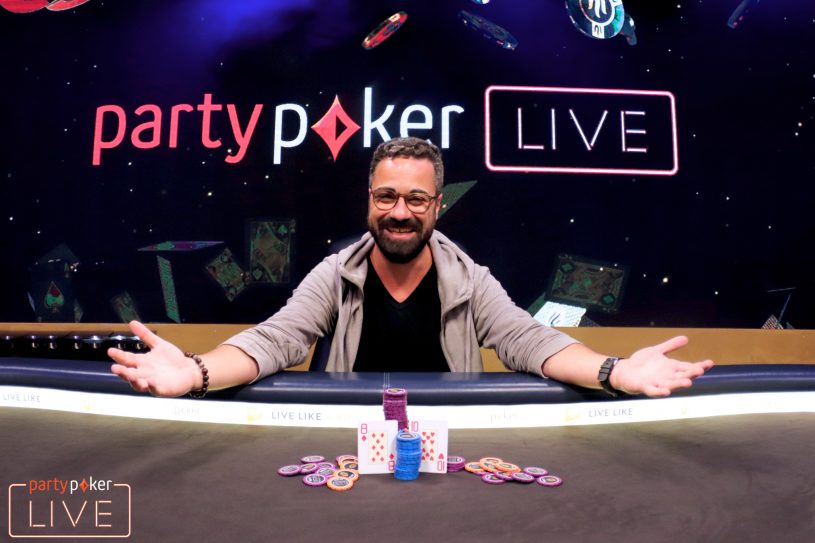 Recording the biggest win of his career, Orpen Kisacikoglu from Turkey took down the partypoker LIVE Millions Europe Triton Super High Roller for €1,040,000 live on PokerGO. Kisacikoglu beat out a field of 32 entries to notch up the first seven-figure score of his poker career, eclipsing his previous personal best nearly fivefold.

The final day of this €100,000 Super High Roller started with 19 players including Poker Hall of Fame member Phil Ivey and Triton co-founder Paul Phua. With Igor Kurganov in the lead, the chase for the final table was on with Charlie Carrel, Rui Cao, Richard Yong, and the aforementioned Phil Ivey among the early eliminations.

Ivey busted to Cary Katz when his top pair was no good against the flopped trips of Katz. Not too long after Ivey departed, Tony G followed when he shoved the button with nine-seven into the pocket eights of Sam Trickett. The UK phenom fell short of the final table as well as Kurganov maintained his lead into the live-streamed final table on PokerGO.

With six places paid, Paul Phua, Michael Addamo, and Igor Kurganov fell short of the money. Kurganov held the tournament chip lead for a long time but he couldn’t get anything going at the final table. A massive pot where Kisacikoglu made trip sixes with six-five crippled the Russian who held pocket kings before Cary Katz knocked him out.

Kisacikoglu took the chip lead into the money and he knocked out Kristen Bicknell in sixth place. On her final hand, Bicknell shoved ace-three and ran into the aces of Kisacikoglu. Cary Katz was next to go in fifth place, taking home €273,000 after he could not run his five big blind stack up when seven-eight was no match against the queen-six of diamonds of Vladimir Troyanovsky.

Wai Kin Yong, coming off a tremendous showing at the Triton London series, busted in fourth place for €349,000. Yong moved all in with queen-nine offsuit and was eliminated by Ben Heath’s ace-ten. The three-handed battle lasted a while but ultimately it was Ben Heath who busted to Kisacikoglu with ace-ten versus deuces for a €455,000 payday.

On the final hand of the tournament, Troyanovskiy got his chips in with eight-nine on eight-three-deuce versus the ten-eight of Kisacikoglu and the board brought him no help. Troyanovskiy cashed for €710,000, which is also the biggest score of his career.

From exclusive documentaries to archive footage of the World Series of Poker, along with live streams of tours such as MILLIONS Europe and the Super High Roller Bowl as it takes a trip the Baha Mar resort, you won’t miss a thing if you sign up today. The partypoker LIVE Millions Rozvadov events will be available in English, German, and Russian.