You are here
Home > News > By The Numbers: High Roller of the Year Update 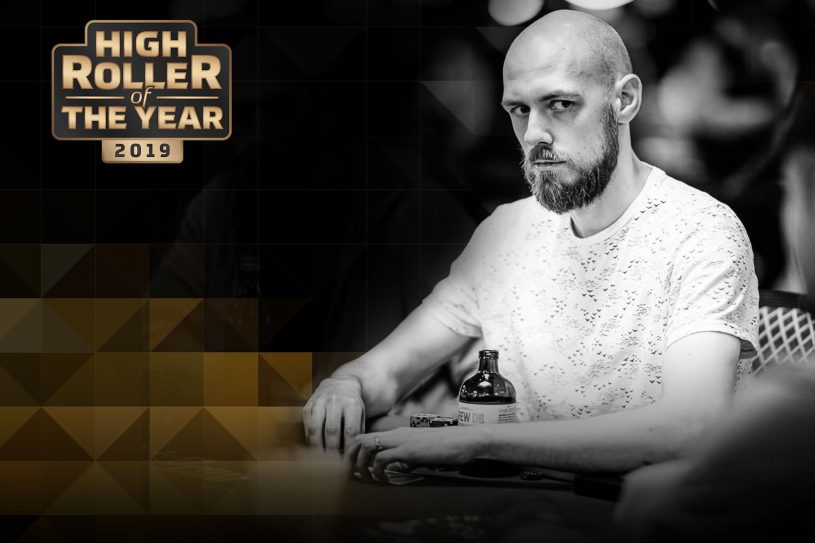 Stephen Chidwick won his first bracelet and became the first player to eclipse the $2 million mark during the 2019 HROY race. (Photo: Poker Central)

After a slow week of High Roller of the Year action that led to minimal top-10 movement, we’re taking a different approach to this week’s HROY update. Instead of our usual breakdowns, we’re looking at some important and interesting numbers that will impact the the second half of the summer and the HROY race as a whole.

$2,324,367 – While a half dozen players have already amassed more than $1 million in HROY earnings, only Stephen Chidwick has won more than $2 million. A majority of Chidwick’s $2,324,367 total came from the British professionals first bracelet win, when he took down the $25,000 Pot Limit Omaha High Roller for $1.6 million. That big buy-in World Series of Poker event is one of five WSOP events that will count towards this year’s High Roller leaderboard, but more on that later.

4 – Ask Jake Schindler how hard it is to climb the High Roller of the Year rankings without registering a win. Schindler’s nine HROY cashes are second only to Ali Imsirovic, the current leader has 10 cashes, but he trails the Poker Masters winner by nearly 300 points. That’s because while cashes won’t be enough to win the 2019 race, victories will. So far, Imsirovic and Sam Soverel lead that category with four wins each.

35 – Ali Imsirovic and Sam Soverel have taken different paths to the top of the HROY leaderboard, but just 35 points separate the year’s winningest players. While Imsirovic took the top spot at the start of the summer, his advantage has shrunk ever since. That’s thanks to Soverel’s stellar run, which includes two ARIA High Roller Series wins and a 3rd place finish in the WSOP’s $50K NLH High Roller across less than two weeks of action.

450 – The 2019 High Roller of the Year race will conclude with Super High Roller Bowl VI in December and so far, a majority of former winners are struggling to get going. Isaac Haxton, Christoph Vogelsang, and Brian Rast have yet to open their HROY accounts and Justin Bonomo only has two cashes since the start of the year. Rainer Kempe, pictured above, is the only Super High Roller Bowl champion with more than a couple HROY cashes, but his 450 points are still only good enough for a spot just inside the top-ten.

350 – Two WSOP events have already awarded HROY points and three remain on the schedule. The $50,000 Poker Players Championship is next up, where 350 points, $1,000,000, and arguably the most prestigious title in poker are up for grabs. Phil Ivey finished with the Day 2 chip lead and he’ll try to keep that advantage into PokerGO’s coverage of the Poker Players Championship on Thursday, June 27.