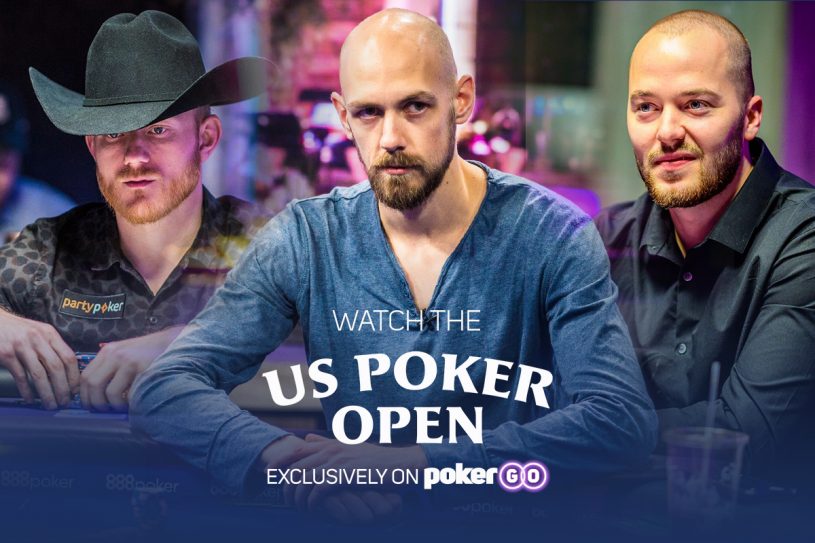 The condensed episodes of the 2018 U.S. Poker Open, as they aired on NBC Sports, are now available on PokerGO! Ready to start watching? Go straight to PokerGO right now and start watching Stephen Chidwick’s epic display of dominance in Las Vegas.

Across 12 episodes, you get to relive the 2018 U.S. Poker Open on the PokerGO app or website, to learn and be entertained by some of the best in the game. Pick your favorite episode from the breakdown below and start watching today!

The first final table is a battle between Justin Bonomo, Stephen Chidwick, David Peters, Boutros Nadim, Sam Soverel and Justin Young. There’s $190,400 up for grabs with a $40,800 minimum payout for the sixth-place finisher.

This Pot Limit Omaha final table was brought down from a field of 64 players and the final six were Mike Gorodinsky, Rainer Kempe, Cary Katz, Anthony Zinno, Andy Andrejevic, and Robert Kirsch who battled it out over the $179,200 first prize.

This final table had a $374,000 first prize as Daniel Negreanu, Stephen Chidwick, and Jake Schindler, Keith Tilston, Brent Hanks, and Seth Davies duked it out.

Watch the conclusion of this event’s final table right now as Daniel Negreanu, Stephen Chidwick, and Keith Tilston battle it out for the win and $374,000.

The mixed games are here! Watch how Phil Hellmuth, Stephen Chidwick, Isaac Haxton, Chris Vitch, Dan Shak and Benjamin Pollak square off across a rotation of games with $382,000 up top.

On the first of two episodes of this final table with $416,500 up top, it’s Benjamin Pollak, Jason Koon, Isaac Haxton, Stephen Chidwick, Brian Green, and Elijah Berg who are duking it out.

The final table of this stacked even continues from Las Vegas as Benjamin Pollak, Jason Koon, and Stephen Chidwick battle for this U.S. Poker Open title and $416,500.

Daniel Negreanu returns to the final table along with Stephen Chidwick, Sean Winter, Keith Tilston, and Ben Tollerene with another $400,000 and valuable USPO leaderboard points are up for grabs before the USPO Main Event.

And then there is the Main Event! Play begins on Day 2 of the big buy-in event with Daniel Negreanu, Jake Schindler, Brian Rast, and more chasing USPO points leader Stephen Chidwick.