You are here
Home > Home > Norm Macdonald the Poker Player 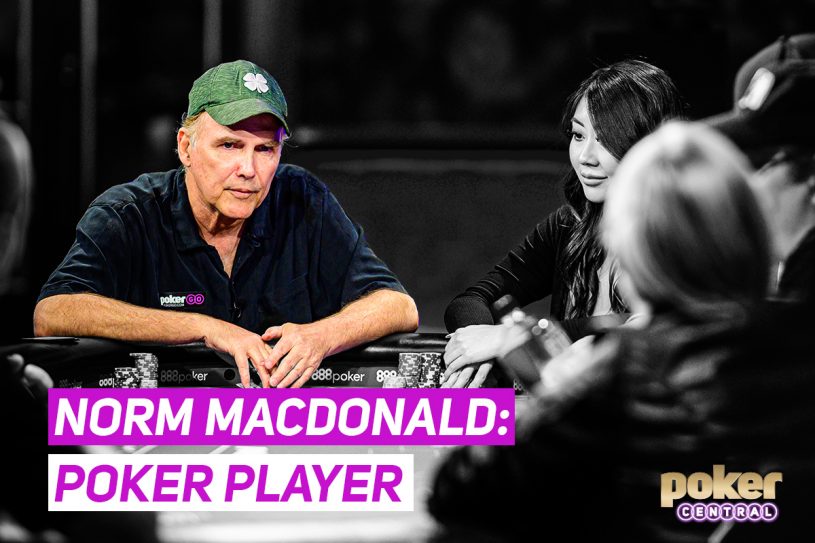 The man, the legend, Norm Macdonald is better known as a stand-up comedian who even other stand up comedians can laugh at. But Norm Macdonald the poker player is as entertaining at the felt as he is on stage. If you’ve been to see Macdonald live in the Norm Macdonald Show in 2019 then you’ll know he is bang on form. But when has he enjoyed his best times at the felt?

THE COMIC WITH A PASSION FOR POKER

Norm MacDonald loves poker and if there’s only one thing he enjoys more, it’s talking about the greatest card game ever, as he showed us when he joined Remko Rinkema and Brent Hanks in a podcast which was highly revealing about what MacDonald loves most about poker… if you don’t count winning!

In November of 2018, MacDonald certainly enjoyed getting the nuts on PokerGO when he was part of the Poker After Dark.

MacDonald may not have won the maximum that night, but he was back at the live felt in the ‘Showbound’ episode in October 2019, where he took on Woody Kaawar, Jamie Gold, Maria Ho and Jamie Kerstetter among others.

Few comedians can make the best material funny -that’s how hard getting professional laughs really is. But Norm MacDonald can make the simple act of eating a spoonful of cereal hilarious, and when coupled with his lightning-quick wit, it’s enough bang for your buck to launch, say, a popular poker game show that has taken the poker world by storm.

Norm MacDonald is most definitely the star of The Big Blind, in the first-ever show, hosted by Jeff Platt and joined by Chris Moneymaker and Justin Young.

However, despite limited tournament success, MacDonald, like many comedians, lives by the maxim ‘Cash is King’ and he’s made cash game appearances something of a signature performance. Next time he takes to the stage, simply enjoy the show.

You can access all the episodes of Poker After Dark, World Series of Poker and exclusive documentaries courtesy of PokerGO when you subscribe today. It’s just $99 for a whole year of 24/7 access to the content of your poker dreams.