You are here
Home > News > No Gamble, No Future Episode 10 on Today at 5 p.m. ET with Nick Schulman and Ali Nejad 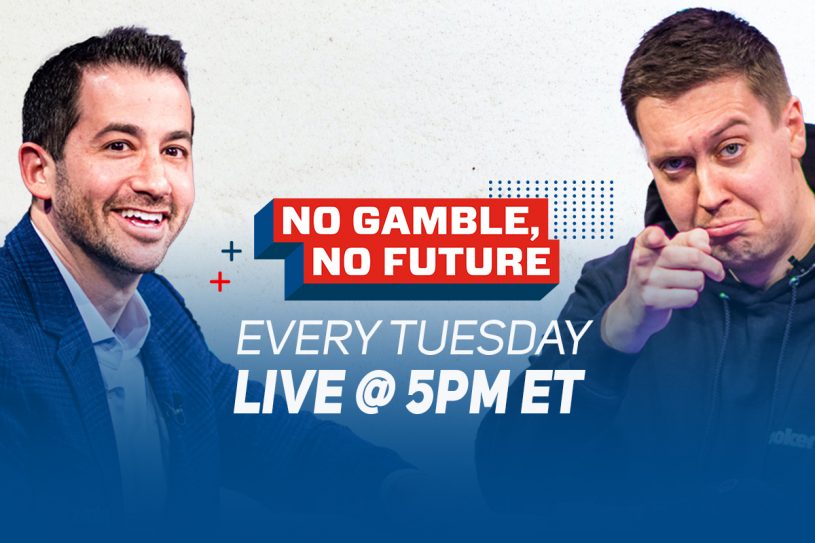 Jeff Platt and Brent Hanks will host PokerGO.com’s newest show with No Gamble, No Future airing every Tuesday at 5 p.m. ET on the show’s YouTube channel.

On this week’s Episode 10 of No Gamble, No Future, Platt and Hanks are joined by legendary poker commentators Nick Schulman and Ali Nejad. They discuss the upcoming High Stakes Duel II between Phil Hellmuth and Daniel Negreanu and make their picks on who they think will win. Platt and Hanks will then check in on how their March Madness picks went before laying out who they’ll be siding with this week.

Barstool’s Ben Mintz joined Platt and Hanks on Episode 9 of No Gamble, No Future to discuss his poker career and the upcoming March Madness. Platt and Hanks then discuss their picks for the week and also dabbled in the trading card world by opening some NFL cards and NBA Top Shot. Watch Episode 9 on YouTube below: