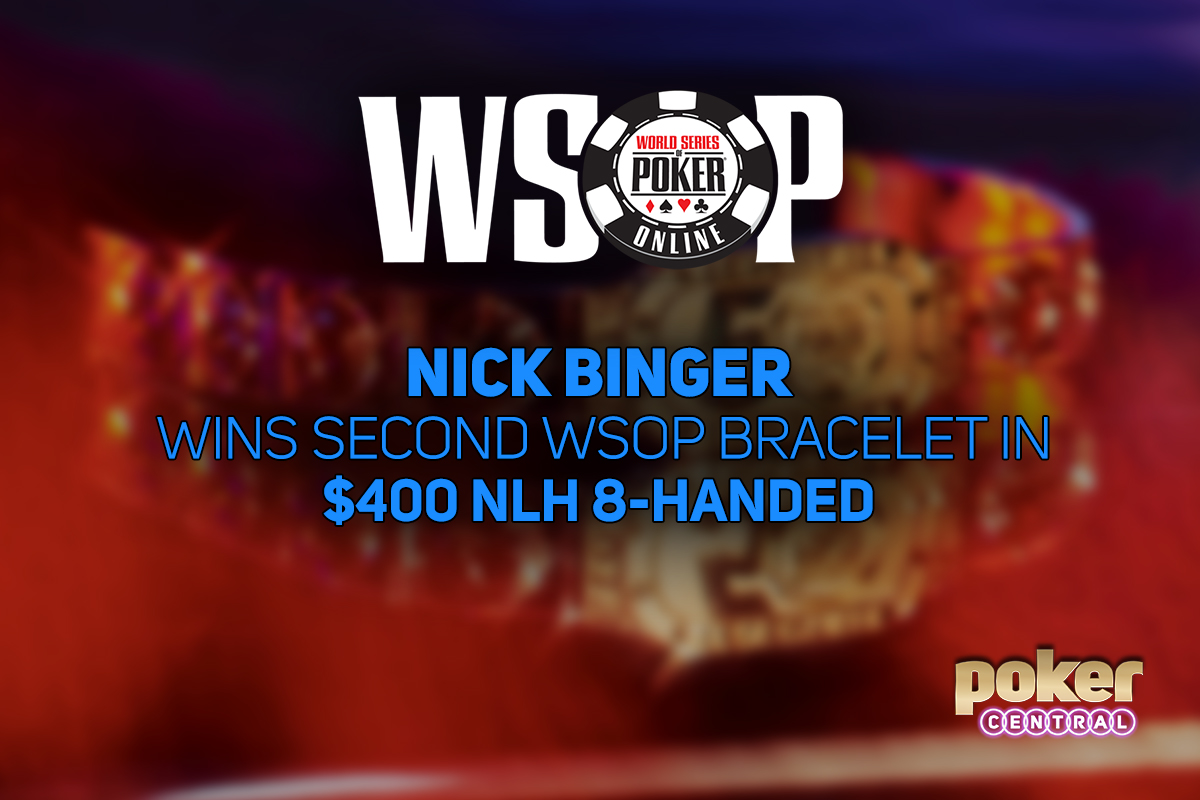 Binger began the final as the chip leader, and immediately extended his lead when he eliminated Christian “CalcFather” Calcano in eighth. Matt “Berkey11_S4Y” Berkey would fall in seventh when his ace-ten was outdrawn by Philip “eric_shun” Beesley’s king-queen, and Norman “Abnormality” Michalek would also commit with ace-ten to be up against two players as Ryan “Adopt_aDogg0” Leng‘s pair of threes held true to reduce the field to five. Mark “bansman” Bansemer would call all-in holding pocket sevens from the big blind, but Leng would outdraw him on the river to give the WSOP bracelet winner nearly half the chips in play.

Binger would send Ian “aulululululu” Waldron out in fourth when he rivered a flush, and once Leng eliminated Beesley, Leng would take a four-to-one chip lead into heads-up play. Binger found a double, and then after he took the chip lead, the final hand would see his king-eight outdraw Leng’s pocket nines when a king fell on the flop and Binger was crowned the Event #24 champion.

Binger has amassed over $2.3 million in lifetime tournament earnings and collected his first WSOP bracelet at the 2011 WSOP where he won the $5,000 Pot-Limit Omaha Hi-Lo for $397,073. Although Nick’s brother Mike has him pipped in total earnings with over $7 million – mainly on the back of his third-place finish in the 2006 WSOP Main Event – Nick has bragging rights when it comes to the trophy case as he now is a two-time WSOP bracelet winner.

Robert “BustinBalls” Kuhn holds a slender lead ahead of Ryan “Im.Sorry” Torgersen, while Philip “tomte” Yeh has jumped up into third place. Michael “MiguelFiesta” Lech slips down one spot to fourth as Roland “prngls12” Israelashvili rounds out the top five. To view the full leaderboard, click here.