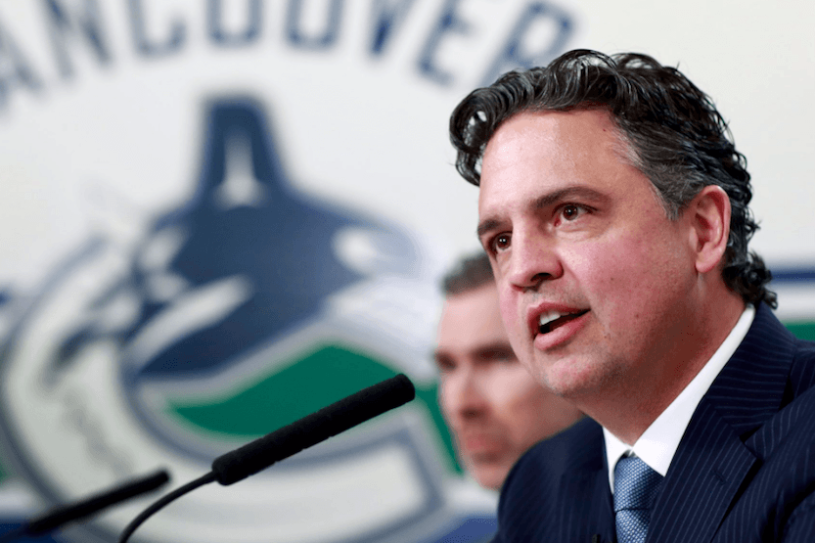 Whether poker is or isn’t a sport can be debated almost endlessly but regardless of your “Is poker a sport?” takes, the two will always be intertwined. Most of the time, professional athletes are the ones controlling the poker headlines but the NHL’s newest head coach not only has experience on the ice but also on the felt.

Travis Green was announced as the Vancouver Canucks head coach yesterday, after spending the last four seasons coaching Vancouver’s top farm team, the Utica Comets of the American Hockey League. Before that, Green spent 14 seasons in the NHL, registering 193 goals and 262 assists through 970 career games with a variety of teams, most notably the New York Islanders and Toronto Maple Leafs.

After his NHL retirement in 2007, Green was a semi-regular on the high stakes poker tournament scene, amassing nearly $400,000 in the span of a few years. Green’s biggest tournament result came in the spring of 2007, when he won the Commerce Casino’s Heavenly Hold’em Championship Event for a $166,790 score.

Green did most his tournament damage in California but also has some solid results from the World Series of Poker, including a 12th place finish in a $1,500 No Limit Hold’em event in 2005. Green almost navigated his way through a 2,300-player field to make the final table but fell a few spots short, before Allen Cunningham claimed the win, the bracelet and an over $725,000 score.

While Green’s poker results are few and far between since he began his coaching career in 2008, when he was hired as an assistant coach and assistant general manager of the Portland Winterhawks of the Western Hockey League, he does have a few smaller scores from 2014 and 2015.

Now, instead of battling on the felt, Green will begin the battle to bring the Canucks back to the NHL post-season. Vancouver has missed the Stanley Cup Playoffs in three of the last four seasons and Green is excited about the opportunity to help turn the franchise around.

“I like challenges. I like when our team has a tough game, has a big game. You learn a lot about your team when you have a challenge.” Green said during his first press conference, before adding, “I’m not nervous about it, I am excited about it.”

That sounds like something a poker player would say…