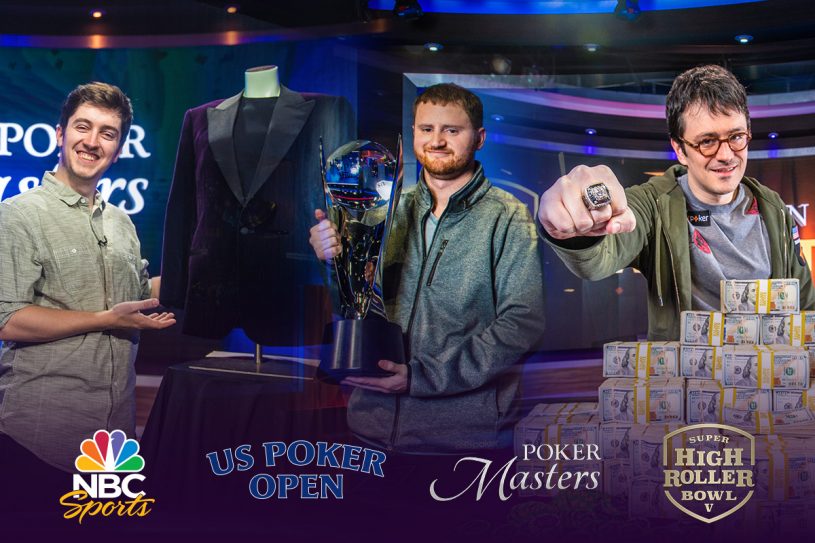 Last year, Poker Masters saw the rise of a new American phenomenon as Ali Imsirovic crowned himself champion taking home the one-of-a-kind Purple Jacket. This year’s Poker Masters has just gotten underway inside the PokerGO Studio and in December you can watch brand new episodes of the action that’s taking place in Las Vegas right now! Follow the current Poker Masters through Live Reporting and the PokerGO Live Events page.

Super High Roller Bowl V drew a total of 36 players that all put up a whopping $300,000 to compete for a first prize of $3.6 million and the championship ring. The final table of this event included Isaac Haxton, Alex Foxen, Stephen Chidwick, Ali Imsirovic, Adrian Mateos, Talal Shakerchi, and Igor Kurganov.

The U.S Poker Open is a collection of 10 high stakes events ranging from $10,000 up to $100,000 and includes a $25,000 Mixed Game Championship as well as Pot Limit Omaha and Short Deck. Players highlighting this series were Stephen Chidwick, David Peters, Sean Winter, and Ali Imsirovic.

Poker Central and NBC Sports extended their programming partnership through 2020 in January of 2018, and below you can find an overview of all 69 hours of poker on one of the USA’s premier television networks. All times in the schedule below are ET.