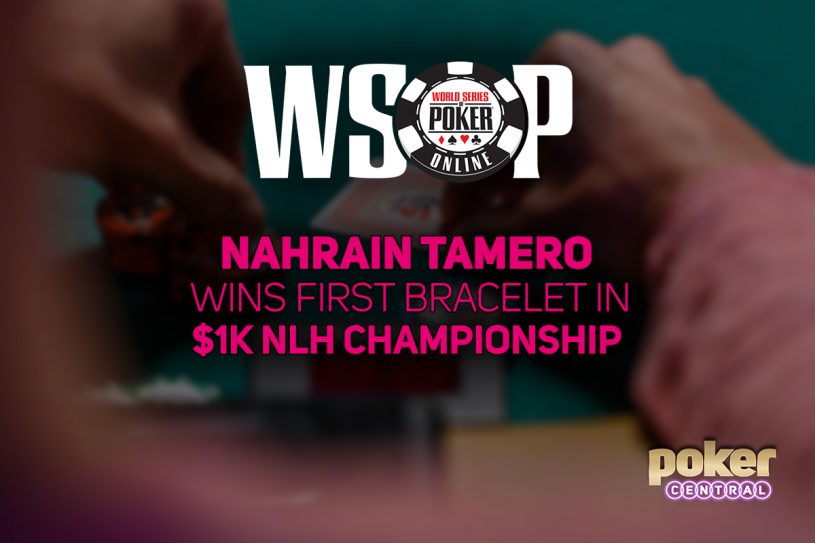 Brian “foxxx” Kirchhoff began the final table as chip leader, and it would be Kevin “SpecialK333” Calenzo the first to fall. Michael “merlot” Bailey was then all in with ace-nine against the ace-ten of Andrew “WATCHGUY42” Lichtenberger and was unable to improve, and was eliminated in eighth. Lichtenberger would then send Arian “4632647” Stolt to the rail before Greg “Bubblealot” Wish lost a race with pocket fives to Norman “abnormality” Michalek’s king-eight. Edan “goatplaya” Sucov would then fall to Tamero, before Michalek eliminated Kirchhoff and Lichtenberger to enter heads-up play with a near three-to-one advantage over Tamero. Tamero would pick off two bluffs from Michalek before the final hand saw him pick off another bluff with two pair to Michalek’s five-high as Tamero was crowned the Event #31 champion.

With WSOP Online coming to a conclusion after the 31-event schedule, the results are official in the $100,000 Leaderboard that paid out the top 50 points earners. On the back of his Event #27 win, Ian “ApokerJoker2” Steinman held off Ryan “im.sorry” Torgersen to win an additional $18,000 in prize money. Torgersen however, would pocket $12,000 for his finish as runner-up, while Robert “BustinBalls” Kuhn finished third and pocketed $9,000. Rounding out the top five is Philip “tomte” Yeh and William “SlaweelRyam” Romaine who each won $7,000 and $5,000 respectively.