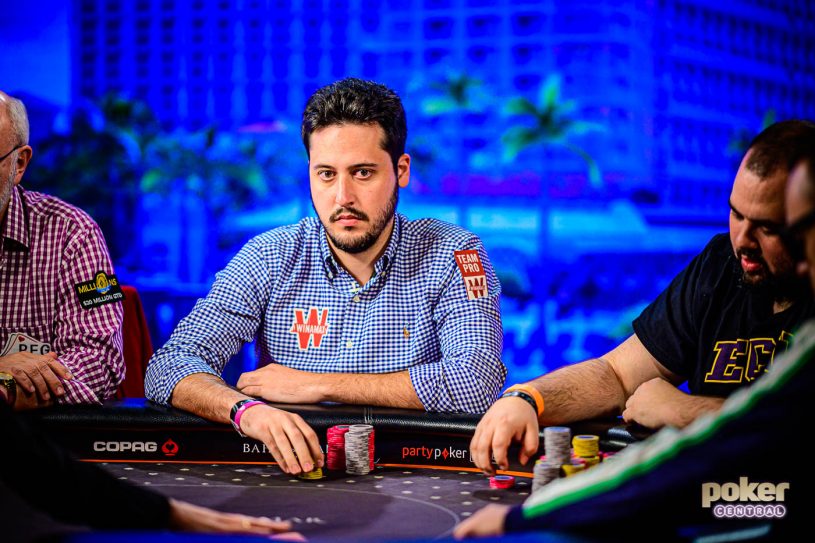 Adrian Mateos took down Event #17 of the SHRB Online Series.

Adrian Mateos has added his name to the column of winners during the Super High Roller Bowl Online Series by taking down the $25,000 No Limit Hold’em Event #17 for $527,510. Mateos beat Seth Davies heads up and vaults into ninth on the overall standings. Meanwhile, in the other events, Linus Loeliger and Artur Martirosian locked up wins while Vicent Bosca recorded two cashes to push himself into third on the standings.

“His stone-cold bluffs worked, his value bets worked, and he ran well. This turned out to be a  pretty good combination for Adrian Mateos, who was able to add a SHRB Online Series title to his resume after an impressive comeback at a stacked final table. What a joy it was to watch ‘The Conquistador’ go to work!”

The 20th event of the series drew 42 total entries and with six remaining players, it’s Christoph Vogelsang who leads over Nick Petrangelo with $399,000 up top. Watch this final table on PokerGO’s Facebook page at 3:00 pm ET on Saturday.

Event #19 is lead by Artur Martirosian who’s rising up the ranks quickly after falling just short of the Poker Masters Online Purple Jacket. Dan Smith, Sergi Reixach, and Matthias Eibinger are also in contention in this event with $217,000 up top.

In Event #21, Mikita Badziakouski leads over Isaac Haxton and Timothy Adams with Viktor Blom once again in contention as well. This event has $192,250 up top and there are 10 players remaining.