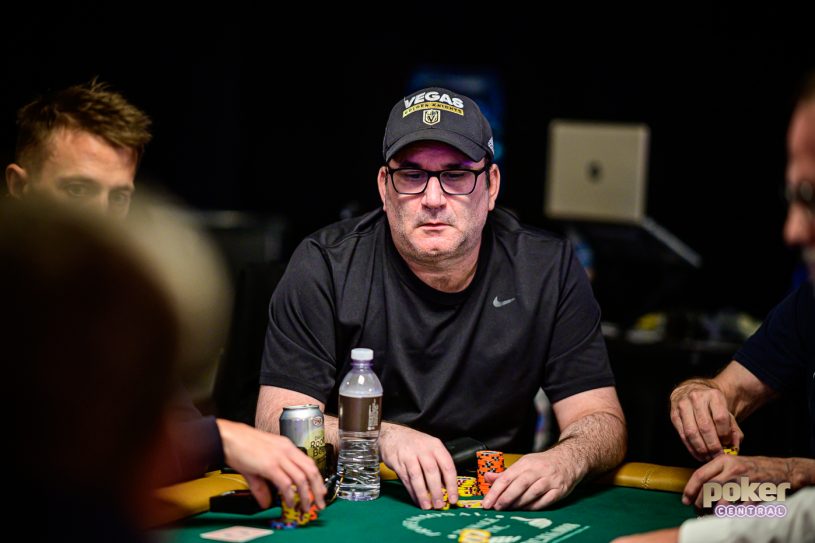 Mike Matusow at the 2019 WSOP felt

It’s not every day you get a video that you simply have to see yet almost cannot bear to watch. While there are rages, roll-calls, last longers and Jennifer Harman’s To Do List to get to, we start with the unmissable Mouth no-one can really keep quiet.

MARK UP POLICE CHASE DOWN THE CHAINSAW

Mike Matusow might be dangerously unhinged. but if he’s not and this is just harmless fun from a character enjoying a resurgence in popularity thanks in no small part to his recent foray into the world of podcasts, then we’re all for it.

SCHWARTZ SNAPS AT THE HELP

Jake Schwartz has got a perfectly good cellphone battery. In fact, he’s got more than enough juice. So when he’s offered more juice, it’s a case of ‘I’m full but thanks for asking’…or, words to that effect.

This tweet will get a wide variety of responses but I told one of the Charging case guys to “Eat Shit” today and it was one of the more heart warming moments I’ve experienced this summer.

Magic the Gathering phenom-turned-poker-legend David Williams is introducing new talent to the game of poker. There’s no better place to start than the World Series.

The poker world is in trouble… One of the best @MagicEsports players in the world is in action at the WSOP and already off to a good start on the Colossus! Good luck @LuisSalvatto! pic.twitter.com/v2WhrHdxp6

If you ever see your Uncle, the one thing you don’t do is question his haircut. Sure, it might be a few years out of date, but it’s better than no hair at all… as Freddie Deeb found out.

Freddy Deeb at my O8 table asked if my hair was a wig. I asked him the same question then busted him. Don’t question my hair. pic.twitter.com/rAaNlMzV3z

ARIEH REMINDS DWAN OF THE PAST

Josh Arieh understands Tom Dwan’s frustrations with the modern game, but he took time out from crushing souls in the $50,000 Poker Player’s Championship to remind the former teen phenom of their origins.

Playing the 50k w durrr, he mentions how much he hates the big nl fields because of the tanking and staring….I had to intercede, “you can thank yourself for that Tom”

If you aren’t taking part in the PPC, then the next best thing is backing your favorite in a race against another player. In a ‘last longer’ for those who love to sweat, who better to bet on than John ‘World’ Hennigan? Well…er… Phil Ivey.

Jennifer Harman was debating whether to play the Razz event or paint her kitchen. She decided that cards were king…

I’m debating whether: To play cash games (only 8 hours of work), Play the 10k razz tournament (a lot of hours if you finish deep, but kind of fun), or Paint my kitchen. Thoughts anyone?

…until they tilted her towards an emulsional decision.

I decided I don’t like razz. And I’m on massive tilt. I will be out shortly to paint my kitchen.

With just three weeks to go, Team Poker Central are surging at just the right time, thanks in no small part to Robert Mizrachi.

You can check out the full $25k Fantasy League standings right here, but here’s a look at the five most valuable players at the time of going to press.